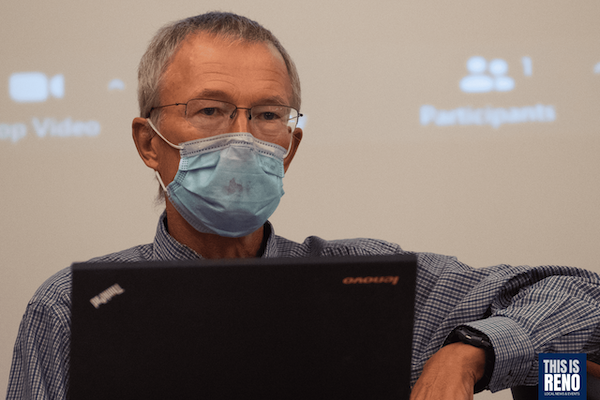 Jensen is seeking a court order forcing TMCC to remove all negative personnel files and to return his performance evaluations to their previous “excellent” status. He is also seeking compensation for the harm the college caused by violating his First Amendment rights and recoupment of raises in salary to which he would have been entitled had he not received the allegedly retaliatory negative performance evaluations.

Jensen’s job at TMCC was first threatened in 2021 after administrators gave him two consecutive unsatisfactory annual reviews for alleged “insubordination” despite positive reviews from his department chair. But thanks to a letter from FIRE in October, and critical intervention by an attorney with the Nevada Faculty Alliance, Jensen was not terminated.

Public college administrators cannot demand that faculty give up First Amendment rights then punish them for “insubordination” when they refuse.

While Jensen’s job was saved, yesterday he took the first step toward redressing the harm that TMCC caused by violating his right to free expression.

TMCC administrators “engaged in willful retaliation and attempts to publicly humiliate him with letters of reprimand, negative annual performance evaluations, and investigations,” the complaint alleges. “The pattern of actions taken by the defendants demonstrates a concerted effort to punish Dr. Jensen for [commentary at a] Math Summit and criticism of a deterioration of shared governance at TMCC.”

The conflict between Jensen and TMCC stems from a professional development session at a math conference held in January 2020. Jensen attempted to comment on what he viewed as diminished academic standards that TMCC used to prop up enrollment, but was prevented from speaking because the schedule called for a break period to begin. So, Jensen went back to his office, typed and printed his comments, and distributed them to his colleagues during the break.

Julie Ellsworth, TMCC’s dean of the Life Sciences, Allied Health and Public Safety Division, told Jensen not to circulate his fliers during the break, but he continued to do so without interrupting the professional development session.

“The pattern of actions taken by the defendants demonstrates a concerted effort to punish Dr. Jensen.”

Because TMCC policy provides that two consecutive unsatisfactory reviews can create grounds for termination, Jensen faced the loss of his job as a consequence of the dean’s retaliation.

Public college administrators cannot demand that faculty give up First Amendment rights then punish them for “insubordination” when they refuse. Faculty have a right to comment on matters of public concern, even when doing so as part of their job duties. Jensen’s expression about the college’s curricular standards engaged a matter of public concern, and there was no evidence Jensen caused any disruption on campus.

FIRE will be closely watching Jensen’s case as he fights to ensure that TMCC faces consequences for violating faculty speech rights.