FIRE > Newsdesk > Top Story > Q&A with Jamie Kirchick, journalist and candidate for Yale’s Board of Trustees

EDITOR’S NOTE: Earlier this month, Jamie Kirchick, a journalist and visiting fellow at the Brookings Institution, announced he is running a petition campaign for Yale University’s Board of Trustees, largely on a free speech platform. FIRE does not endorse candidates for any office — on or off campus — but given Kirchick’s campaign focus on protecting free speech at Yale, we thought we would ask him a few questions about that portion of his platform and open up the opportunity to other Yale trustee candidates. If you are running a campaign to be elected to Yale’s Board of Trustees and are interested in an interview about free speech at Yale, please email media@thefire.org.

The following interview was conducted over email. The viewpoints expressed by Kirchick are his alone and should not be construed to represent the viewpoints of FIRE.

FIRE: On June 3, you announced in a Wall Street Journal op-ed that you’re petitioning to join Yale’s Board of Trustees to “restore Yale values.” Which values do you mean? 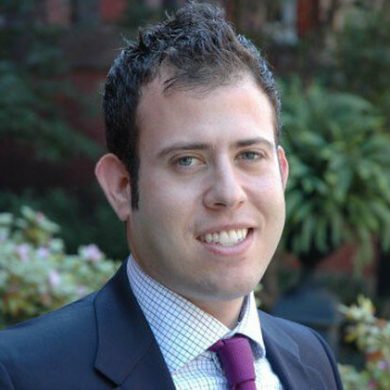 Kirchick: Yale’s motto is “Lux et Veritas,” Light and Truth. I can’t think of a better mission for a university. Yet in recent years, Yale has failed to stand up for these values. The most egregious example was the Christakis-Halloween costume episode, about which I have written extensively. Yale’s failure to stand up on behalf of its faculty against the demands of a student mob, and, even worse, its awarding of prizes to the leaders of that mob, are a disgrace and an embarrassment for many alums, who have been flocking in support of my campaign.

Though these events took place some years ago, they have had an obvious chilling effect on speech at the University. According to a 2016 survey conducted by the Yale Daily News, 75 percent of students, including two-thirds of liberal ones, believe that Yale is not providing a welcoming environment to conservatives.

Yale wasn’t like this when I graduated in 2006 — which wasn’t that long ago. It can and must do better.

Fortunately, Yale doesn’t have to search very hard to recover these values, as they are beautifully elucidated in one of its own formal documents, the 1974 Woodward Report  which, over four decades after its publishing, remains the best and most comprehensive defense of the centrality of free speech and expression to a liberal education.

FIRE: As a private university, the First Amendment does not apply to Yale. Why do you believe it’s important for private universities to embrace freedom of expression? When did you acquire your zeal for free speech? Have you ever felt censored, either as a student at Yale or as a journalist?

Kirchick: Freedom of expression is the most important freedom Americans possess. It’s the freedom upon which all of our other freedoms are contingent. It’s what separates us from societies where differences are settled by violence and war.

It is absolutely essential that private universities like Yale embrace First Amendment principles even if they are not legally obligated to do so. Yale must not become a place where students and faculty forfeit their most sacred American liberties in the pursuit of a false sense of comity. Indeed, the Woodward Report makes explicit that free expression must take priority over “the fostering of friendship, solidarity, harmony, civility, or mutual respect.” I doubt that many Yale students understand this, and given the feckless behavior of the administration these past few years, one can’t blame them.

If Yale’s mission is to train the future leaders of American society — and that is how Yale advertises itself — then there is no way it can fulfill that mission by coddling students and indulging their demands to be kept “safe” from statements and ideas they find uncomfortable.

As a writer, I am a free speech absolutist by necessity. Any attempt to infringe upon freedom of expression is a threat not only to my values, but my livelihood. I started a newspaper in fifth grade and wrote a column for the Yale Daily News for all four years of my time at Yale. I was president of my high school debate team. Writing and thinking and arguing are my life.

But it wasn’t until the 2005 Muhammad cartoon crisis that I acquired my “zeal” for the cause, as you put it. That artists would have their lives threatened over cartoons — and, far worse in my view, that writers and intellectuals in the West would take the side of religious fanatics burning down embassies over the small, embattled liberal democracy like Denmark — made clear to me that the issue of free expression was civilizational: either you stood on the side of civilization or you stood with the barbarians. In 2009, when Yale University Press refused to publish the cartoons in a book about them, I criticized the decision. When a group of American writers protested the decision by PEN to bestow a freedom of expression prize upon the surviving staff of Charlie Hebdo, I told them where to stick it. I’m friends with Flemming Rose, the Danish newspaper editor who originally commissioned the Muhammad cartoons, and, nearly 15 years later, still lives under 24/7 police protection. I take this stuff personally.

Aside from DePaul University banning “Gay Lives Matter” posters advertising a speech I delivered last year — on the spurious grounds that it “pits two marginalized groups against each other” — I have never been censored. I flatter myself by thinking that’s because those who might try to censor me realize it’s a pointless endeavor.

Kirchick: “Free expression must be protected even when social norms are compromised by the speaker,” a member of the Yale administration said in 2014. “The response to hateful speech is speech that effectively counters the words of hate.”

The speaker was Yale President Peter Salovey. The audience was the class of 2018. The Halloween email episode erupted the following year, and the class of 2018 has just matriculated. Its experience was bracketed by a profuse administrative endorsement of the Woodward principles and the abject failure of the university to defend them.

The reasons for the administration’s hesitancy to stand by free speech are multiple and complex. Part of the explanation is that the university, like many institutions of higher education today, considers students less as charges to be educated than customers to be serviced. It therefore saw the mob of petulant and aggressive students not as a group of young people indoctrinated in some very bad ideas in need of an education in basic liberal principles (nevermind civility), but rather as angry customers. And as anyone in the service industry knows, the customer is always right. This is absolutely the wrong approach.

I also think that many people in the administration simply don’t understand the importance of free expression, and buy into faddish academic notions like “intersectionality,” “cultural appropriation” and the like. And so when a group of students claim that “words are violence,” some in the administration suggest a therapeutic approach. (Literally: part of the administration’s response to the Halloween fracas was to increase support for mental health counseling).

FIRE: Is there anything else you would like people to know about you?

Kirchick: I hope that my campaign can be a catalyst for reversing the illiberal tide sweeping American academia. I hope that people beyond the Yale community will take an interest in this campaign, as I believe my success could have ripple effects around the country. Please visit my campaign website jamiefortrustee.com for more information and spread the word!