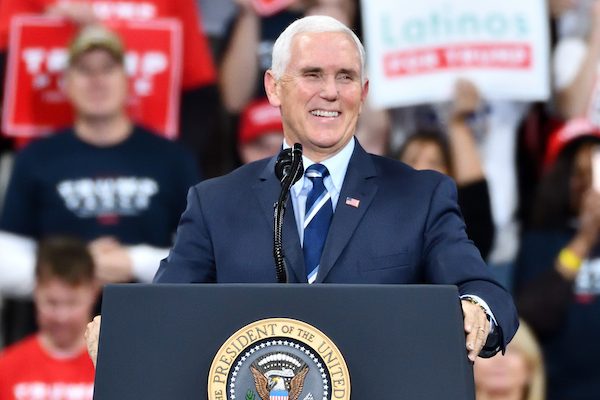 Free expression took the long way around on Stanford’s campus, but eventually it triumphed  — however indirectly.

On Tuesday night, the Stanford Constitutional Council ruled in a unanimous decision that the procedure by which the Undergraduate Senate denied funding for the Stanford College Republicans’ event featuring Mike Pence was unconstitutional. The council, a four-person student oversight body for Stanford’s student government, determined that the high number of abstentions did not qualify as “no” votes, effectively ruling out those senators. Thirteen senators attended the Dec. 7 meeting, and eight abstained from the vote. With no official votes against the funding, the five senators who voted to approve were deemed a majority, and the funding should have been approved, the council held.

“If Senators wished to register their objections to the funding, they could have done so by voting ‘no.’ They did not,” the council wrote in its decision.

As a result, the vote remained in place, but the presiding officer’s determination that the vote on the funding had been defeated was deemed unconstitutional and reversed. The council concluded that the vote should have been announced in favor of the funding, and held accordingly: “As of the announcement of this opinion, the Standard Grant is deemed to have been enacted with the public health-related conditions adopted by the Senate.”

FIRE wrote to the senate twice, warning about the chilling precedent set by evaluating speaker funding on the basis of viewpoint

The council added a footnote that the Undergraduate Senate may revisit the enactment of the funding within seven days of the council’s decision. If the senate chooses to do so, and blocks the funding again, the Stanford College Republicans could petition the council again to renew its concerns about whether the senate’s decision is consistent with Stanford’s commitment to freedom of expression.

The council was also deeply concerned by the senate’s resistance to transparency, ruling that the public notice of the meetings that the senate provided fell far short of that required by the student government constitution. The first vote that the senate held on the question of funding took place over a private Slack channel, with the second vote occurring at a publicly accessible meeting over Zoom on Dec. 7.

Notice for the second meeting, however, was given 20 hours before the meeting over a public Slack channel. The council deemed this notice insufficient because it did not meet the 24 hour-notice stipulated by the constitution, and the public Slack channel was not a visible enough place for the notice.

“This pattern of belated, hidden, and nomadic notice announcements prevents stakeholders from providing input in meetings where contentious topics like the one at issue in this case are discussed,” the council wrote. The opaqueness raised “serious concerns” about the transparency of the senate’s deliberations. In a footnote, the council aptly referenced a scene in author Douglas Adams’s famous science fiction classic The Hitchhiker’s Guide to the Galaxy in which the main character receives “public” notice that his house is going to be demolished — notice that is “on display in the bottom of a locked filing cabinet stuck in a disused lavatory with a sign on the door saying ‘Beware of the Leopard.”

The council’s decision deliberately did not reach the question of viewpoint discrimination, as the student senate’s procedural snafus provided sufficient grounds for resolving the matter. But in a concurring opinion, two of the councillors noted the senate record “contains troubling evidence of patterns that could give rise to an inference of a prima facie case of viewpoint discrimination,” while also noting the senate had a legitimate interest in addressing public health concerns. As FIRE has previously explained, the senate addressed those public health concerns by attaching several requirements to the event, and the event conforms to Stanford’s policies on in-person events.

While the decision does not address FIRE’s chief concerns with the denial of funding, it marks a victory for free expression on Stanford’s campus, recognizing that a refusal to vote should not be counted as a “no” vote, and that the event should receive funding and proceed.

But as we have repeatedly written, the council’s intervention should not have been necessary. The senate should have reversed its decision and funded the event, which the senate decided not to fund even after attaching several public-health requirements that included limiting the number of attendees and mandatory health checks at the door.

Members of the council suggested they saw evidence of viewpoint discrimination. They’re right, and that recognition should serve as a reminder to the student senate that its votes on funding are not about whether they support a speaker or viewpoint, but whether the students requesting the funding are eligible for it. FIRE wrote to the senate twice, warning about the chilling precedent set by evaluating speaker funding on the basis of viewpoint, or on the basis of how the campus will react to a speaker’s politics. Once again, we’ll reiterate: Student senators must separate their roles as senators — where they are charged with allocating funds in a viewpoint-neutral manner, in accordance with Stanford’s commitment to free expression — from their personal viewpoints.