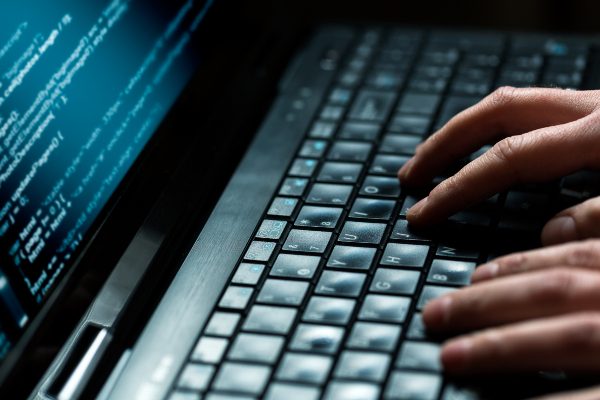 For better or for worse, when something happens at Harvard University, it’s news. So it was big news early in March when Harvard admitted that it had secretly scanned faculty members’ emails. As FIRE’s Will Creeley put it in The Huffington Post on March 13, “The secret search, conducted without notice and in apparent violation of institutional policies governing faculty email, was undertaken to identify the source of a leak to the media about the school’s high-profile and widespread cheating case, which resulted in the expulsion of an estimated 70 students.”

I wrote about the case too on Forbes.com and pointed out that Harvard’s faculty were, as one would presume, not too happy about the situation. I wrote:

Harvard faculty are understandably (and predictably) in an uproar about the decision to scan the emails. The New York Times variously describes them as “stunned,” “bewildered,” and “at times angry.” As sociology professor Mary Waters put it, “I think what the administration did was creepy … this action violates the trust I once had that Harvard would never do such a thing.

Harvard’s reaction to the uproar was basically: “Relax! We just read some subject lines to find out who spilled the beans! Sure, we made minor mistakes, but it’s no big deal! Really!” Here it is in admin-speak, from a March 11 statement put out by Faculty of Arts and Sciences Dean Michael Smith and Harvard College Dean Evelynn M. Hammonds:

Consequently, with the approval of the Dean of FAS and the University General Counsel, and the support of the Dean of Harvard College, a very narrow, careful, and precise subject-line search was conducted by the University’s IT Department. It was limited to the Administrative accounts for the Resident Deans — in other words, the accounts through which their official university business is conducted, as distinct from their individual Harvard email accounts. The search did not involve a review of email content; it was limited to a search of the subject line of the email that had been inappropriately forwarded. To be clear: No one’s emails were opened and the contents of no one’s emails were searched by human or machine. The subject-line search turned up two emails with the queried phrase, both from one sender. Even then, the emails were not opened, nor were they forwarded or otherwise shared with anyone in IT, the administration, or the board. Only a partial log of the “metadata” — the name of the sender and the time the emails were sent — was returned.

And as far as we know, this is all true. Unfortunately, a close reading of the whole statement (read it before they yank it down) sort of reveals the fact that nowhere in the statement did Harvard say this was the only time they scanned faculty emails.

Because it wasn’t. It was the only time it got caught. Until now.

Harvard Magazine is reporting on a standing room-only meeting held yesterday in which President Drew Faust, Dean Smith, and Dean Hammonds went before the faculty and essentially said, “Whoops! That wasn’t the only email scan we did!” I recommend that those interested read the whole account, but here’s the gist of it:

After [Dean Hammonds] and Dean Smith met with the resident deans on March 12, and following reviews of her e-mail with the information-technology and general counsel personnel, and of her own notes and records, [Hammonds] recognized that she had, with the general counsel’s office, authorized two further investigations not reported in the March 11 statement.

One of these was a further search of the administrative account of the resident dean who had (apparently inadvertently) forwarded the AB e-mail to two students; having established in the initial review of e-mail subject lines that the resident dean had forwarded the message, this second search examined that account to determine whether the dean had had contact with two students who shared information with the Crimson.

The other investigation was of the resident dean’s regular Harvard (FAS) account; again, there was a subject-line search, and a search for the two students’ names.

In neither case, Hammonds said, were e-mails opened or read; no content was searched.

(By the way, I find it amusing that Harvard is still insisting that subject lines do not count as “content” of emails.)

One other somewhat disturbing aspect of this situation immediately follows the above passage:

Hammonds said the actions, taken out of concern that private information before the Administrative Board be kept confidential, had not been the subject of consultation with Dean Smith—a mistake. Because she had not recalled either of these two subsequent investigations at the time, the statement she and Dean Smith released on March 11, concerning only the first of the three e-mail investigations, was inaccurate.

Hammonds is asking the faculty here to believe that even in the firestorm around the first revelations of email scanning, it somehow slipped her mind that she had also authorized two more related investigations to follow the first. I can think of only one way that this can be true, and that would be if authorizing email searches is so routine and simple at Harvard that the person who orders them can’t even remember how many she authorized or why. This is actually a far more disturbing prospect than if Hammonds had simply admitted that she didn’t tell the truth the first time.

I am sure we’ll be seeing further fallout from this in the next few days as Harvard faculty start to let people know about how the March 11 attempt at “transparency” was in fact a further obfuscation. In the meantime, we are left with this question: how many more instances of reading emails are going to be grudgingly admitted to before Harvard administrators completely lose the confidence of their students and faculty?