More than 100 students from across the country gathered in historic Philadelphia this past weekend for the 2017 FIRE Student Network Conference. Set at the National Constitution Center, students had a packed weekend learning about their free speech and due process rights on campus. In addition to comprehensive workshops led by FIRE staff members, students learned from the experiences and expertise of keynote speakers Daryl Davis and Jeffrey Rosen. 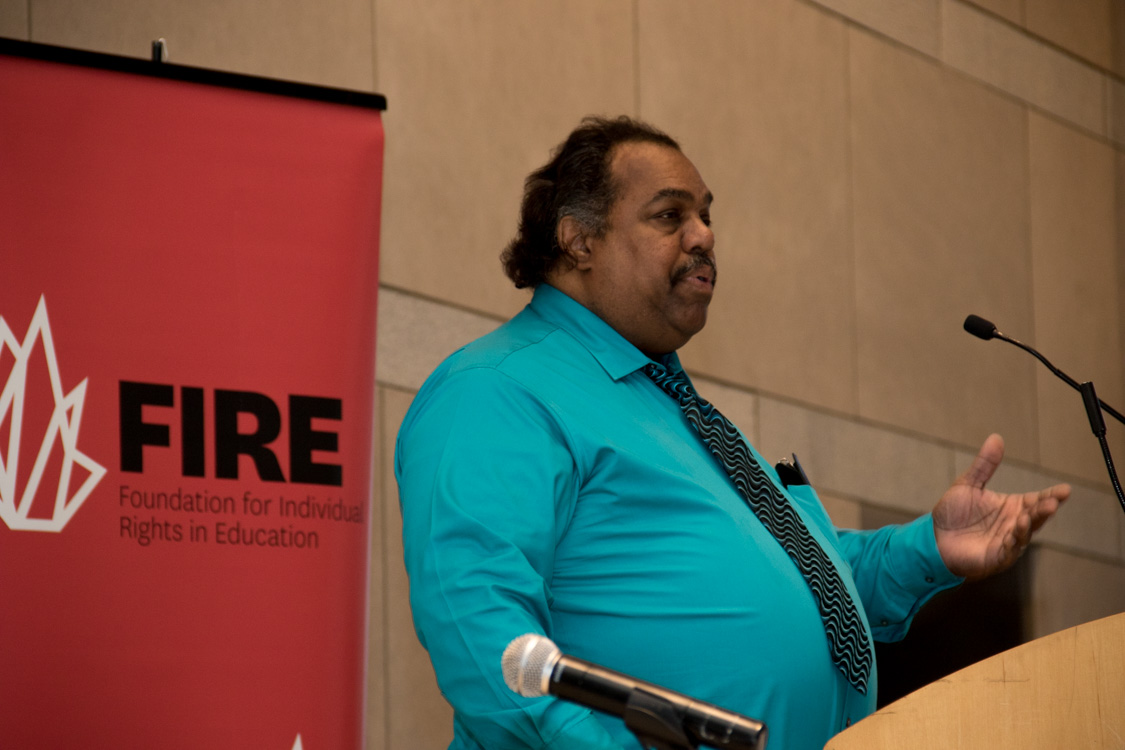 The conference kicked off on Friday night with a riveting address from Daryl Davis. Davis shared with students his experiences befriending members of the Ku Klux Klan, with the intention of convincing them that their prejudices are unfounded. His efforts have resulted in numerous Klansmen relinquishing their robes and leaving the group for good.

For Neil Burger, a sophomore from the University of Dayton, Davis’ speech was a conference highlight:

[His experience] getting so many people who were involved with the KKK to turn over a new leaf and abandon those beliefs strictly through conversation and socializing with them is an incredibly powerful thing… It’s amazing what can be accomplished if you just let people talk things out.

Later, Azhar Majeed and Laura Beltz of FIRE’s policy reform team worked with students on how to identify problematic speech codes on campus and offered advice on how to improve them.

A new addition to this year’s conference was a mock campus disciplinary proceeding, which showcased some of the rights violations that occur regularly on college campuses. Students were able to participate in several ways, including as a Student Defender — a newly launched program at FIRE — whose role was to act as an advocate for the accused student and work to ensure that their due process rights were being honored. 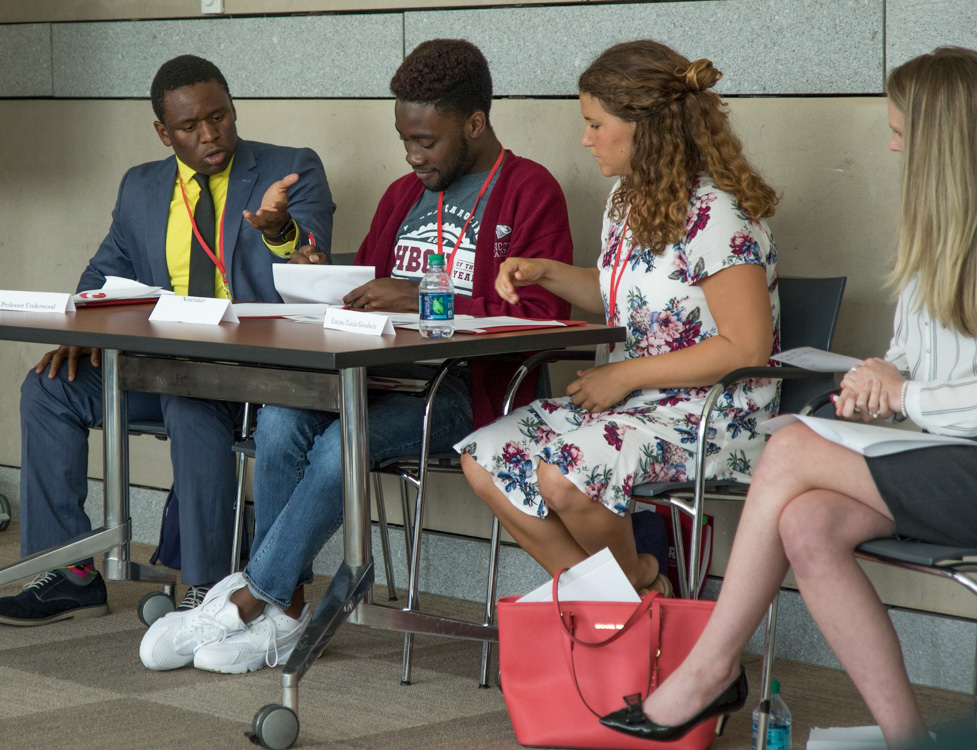 Later on in the conference, the roles flipped and FIRE staff demonstrated what a model disciplinary proceeding would look like if the accused student was afforded a fair hearing.

A mock trial is underway at #FSN17! pic.twitter.com/Q8j6JA6Yns 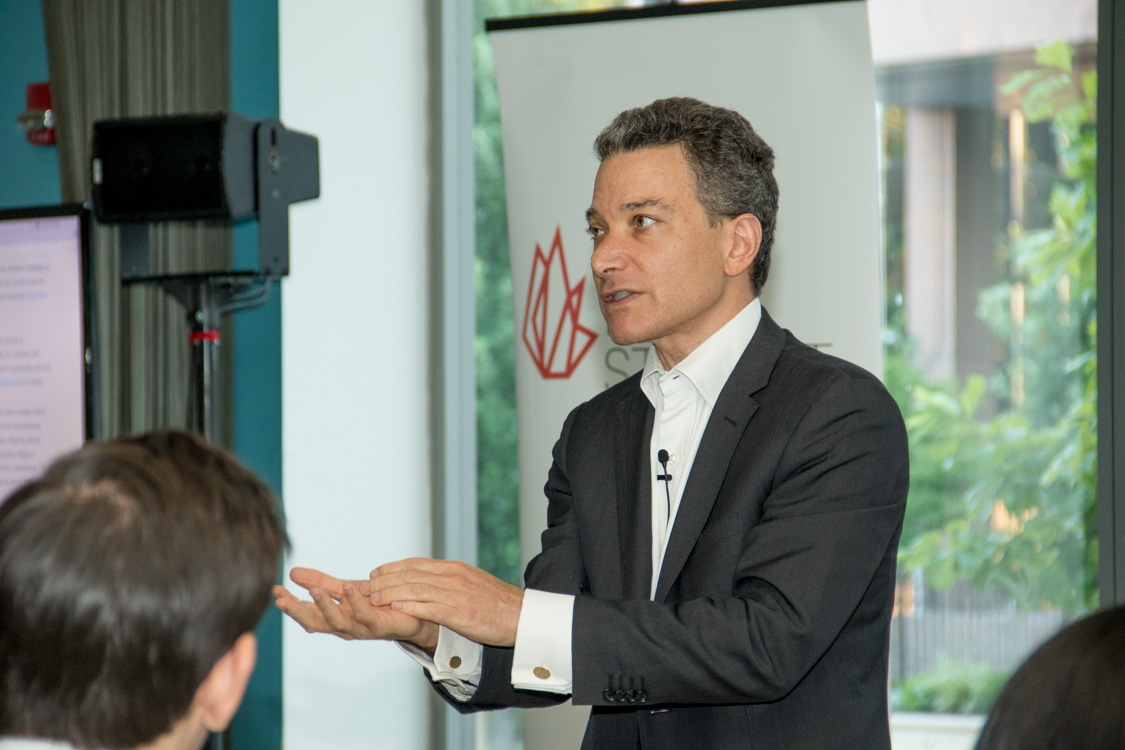 Saturday closed out with an inspiring address from Jeffrey Rosen, President and CEO of the National Constitution Center, who commended the students’ courage for standing up for their fundamental rights on campus.

For many students, like Duke University sophomore Audrey Kornkven, it was meeting and sharing ideas with other students that made the conference truly worthwhile.

It’s been really interesting to talk to people and reflect on the awesome speeches that we’ve heard, but also realize that I’m not the only student who cares about this kind of thing because sometimes it feels that way.

Neil Burger remarked that, while the food was excellent, the best part of the dinner was the conversation with fellow student attendees.

Immediately we went into the most controversial topics… and everyone at the table had very different beliefs from the across the political spectrum. No one got upset, no one raised their voices… everyone walked away feeling more knowledgeable about different subjects — and possibly had their views changed and their views challenged — and everyone was for the better because of it.

I wish this conference was a week long. What an incredible time this has been. #FSN17 #FIRE pic.twitter.com/zomsAiXojA

FIRE would like to thank our participants and guests for a fantastic event. Remember, anyone can become a member of the FIRE Student Network and join students from across the country in defending civil liberties on America’s campuses.