Last Thursday, FIRE’s Samantha Harris testified before the House Education and Labor Committee’s Civil Rights and Human Services subcommittee in a hearing titled “On the Basis of Sex: Examining the Administration’s Attacks on Gender-Based Protections.” Samantha skillfully explained why the Department of Education’s new Title IX rules are not an attack on gender-based protections, but instead effectively protect all students’ ability to receive an education. (Samantha’s written testimony can be read here.) 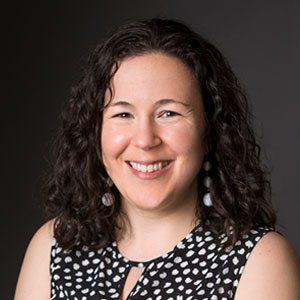 In her opening remarks, Samantha highlighted the important protections afforded to complainants by the regulations, including the provision requiring institutions to provide supportive measures to complainants regardless of whether they file a formal complaint. The regulations also prohibit a complainant’s medical records from being used in campus disciplinary proceedings without the complainant’s consent.

Representative Ben Cline, the ranking member of the subcommittee, noted:

The rule is rooted in our deepest, time-tested legal traditions. It requires schools to take all allegations of sexual harassment — including sexual assualt — seriously, and support and protect survivors during every step of the process. This rule will help ensure that all students can pursue education free from discirimination, harassment, and sexual violence, and we owe it to survivors to ensure that clear and fair procedures are in place to respond to sexual violence. The Department of Education’s Title IX rule delivers on this front.

Representative Dusty Johnson of South Dakota invited Samantha to discuss the new regulations’ requirement that schools hold a live hearing, noting that it has “undergone some criticism, with concerns that maybe the potential victim — the complainant — could be subject to intimidation or harassment. … Do you think the rules by the Department of Education struck the right balance in protecting complainants while ensuring fairness in the process?”

I do think so, yes. I think that the due process protections, while we often talk about due process protections in terms of what they do for the accused, what they also do is protect the integrity of the process as a whole. And in cases that turn on credibility, the opportunity to have a hearing — to have the decision makers hear from both parties in person and have both parties answer questions in real time — that accrues to the benefit of both parties. I mean, there’s no question that when you’re dealing with a sensitive topic like sexual assault, any kind of proceeding is going to be difficult. And any kind of proceeding could be conducted with or without sensitivity. An investigation only could be conducted in a sensitive or insensitive way. A hearing with cross-examination could be conducted in a sensitive or insensitive way, and I believe that it’s incumbent upon every institution — however they are conducting these things — to conduct them in a sensitive way, but that can’t mean compromising fundamental fairness.

Courts have begun to consider what due process means in this context. Prior to 2011, that law had not been super well fleshed out. We knew that public university students facing suspension or expulsion were entitled to due process, but what that means is relatively case-specific and has to be fleshed out incrementally. And in the past years it has been fleshed out a lot, and what an increasing number of courts have held is that in this context — when credibility is at stake — a live hearing with some sort of opportunity for cross-examination is in fact a critical element of due process.

Unfortunately, Samantha did not receive any questions from any of the Democratic members of the committee. However, the subcommittee chairwoman, Representative Suzanne Bonamici, claimed:

One of the administration’s most recent and well-known attacks on gender-based civil rights, is its changes to the rule implementing Title IX. … The DeVos Rule makes it harder for sexual assault survivors to receive justice by increasing the burden of proof beyond what other civil rights laws require, and forcing survivors to endure live cross-examination. … It significantly narrows the definition of sexual assault to one that will excuse large swaths of sexual misconduct under Title IX.

The regulations, however, do not raise the burden of proof, but rather allow institutions to choose for themselves whether they will use the preponderance of evidence or clear and convincing evidence standard of proof. Moreover, campus Title IX proceedings aren’t really comparable to civil rights lawsuits, where the preponderance of the evidence standard is used, but only as part of proceedings with robust procedural safeguards that campus proceedings lack. As for Rep. Bonamici’s second point about cross-examination, Samantha capably explained during the hearing why cross-examination at a live hearing is critical for due process, something a growing number of courts have recognized. It is also worth noting that the United States Supreme Court has called cross-examination the “greatest legal engine ever invented for the discovery of truth.”

FIRE was honored to defend the merits of the new Title IX regulations, which cannot properly be characterized as an attack on gender-based protections. We hope to have ongoing conversations with members of Congress from both parties about the importance of meaningful due process protections in any campus case where the potential penalty is a lengthy suspension or an expulsion.