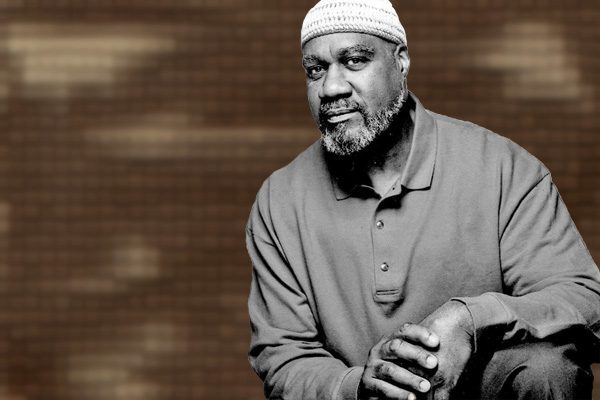 Muntaqim, a former Black Panther convicted of murdering two police officers in the 1970s, was scheduled to speak at SUNY Brockport in early April. But after public backlash in March, the university defunded the talk and moved it online, purportedly in an effort to “mitigate any potential security concerns.” SUNY Brockport justified revoking the event’s grant funding based only on “new information” that the university never divulged.

Public outrage or threats of disturbance can never dictate who is allowed to speak at a public university.

Now, documents provided to FIRE through a public records request show SUNY Brockport received no direct or credible threats of violence, let alone a volume of threats so severe, imminent, and intractable as to justify modifying the event format two weeks in advance — and that the university’s actions likely violated their First Amendment obligations to protect campus speech and honor faculty’s academic freedom to invite speakers. The records also shine a light on the university’s evasiveness when confronted about its reasons for rescinding the grant.

A SUNY Brockport faculty member invited Muntaqim, formerly known as Anthony Bottom, to speak on April 6 at an on-campus, in-person event titled, “History of Black Resistance, U.S. Political Prisoners, and Genocide.” The event was to be funded by a grant approved by the university’s Promoting Excellence in Diversity Grant Committee, but soon caught the attention of numerous elected officials and members of the public, who strongly condemned it and urged the university to disinvite Muntaqim.

SUNY Brockport’s first misstep in the face of this heated criticism was to revoke the grant funding for Muntaqim’s speaking appearance. The university claimed it had “received new information” that prompted the defunding but gave the public no additional details.

Burdening speech on the basis of the speaker’s identity or views is flatly unconstitutional.

The records newly obtained by FIRE show the university was similarly cagey in explaining its decision to the professor who invited Muntaqim, using the same vague language about “new information.” When pressed for details over email, Chief Diversity Officer Damita Davis repeatedly said there were “factual inaccuracies” in the grant application, “including meeting the criteria for departmental support and a clear description of the speaker and his background.” But Davis did not elaborate on those factual inaccuracies, or explain how the application failed to meet “criteria for departmental support” (let alone why the university decided to evaluate — or reevaluate — whether the application met those alleged criteria after already approving it).

The university’s lack of transparency hardly allays suspicion that its revocation of funding was part of a (failed) attempt to placate the complaining lawmakers and members of the public. Burdening speech on the basis of the speaker’s identity or views is flatly unconstitutional.

The records provided to FIRE also confirm SUNY Brockport faced immense pushback in response to Muntaqim’s planned appearance. The university president’s office received some messages of support when the president initially — and admirably — responded to negative feedback by affirming SUNY Brockport’s commitment to freedom of speech. However, the sheer volume of complaints — ranging from condemnation of university officials as “absolutely disgusting” for “paying a cop killer to speak,” to vows to stop donating to the university, to promises of objectors to show up at the event in large numbers to protest — overshadowed support.

As offensive or dismaying as some messages might have been, public outrage or threats of disturbance can never dictate who is allowed to speak at a public university. As FIRE has explained many times, “When institutions take action against an unpopular speaker in order to quell anger or mitigate threats, they effectuate the ‘heckler’s veto’ — and, in doing so, often violate the First Amendment.”

SUNY @Brockport defunding an appearance by a faculty-invited speaker is unacceptable, regardless of the speaker’s past or beliefs. FIRE is contacting SUNY Brockport to further explain why this violates the university’s First Amendment obligations.https://t.co/ACE3QVWfn2

The First Amendment protects debate and disagreement, but it does not allow detractors to restrict or shut down others’ speech based on its content. It is incumbent on authorities to take the “least restrictive means for coping with a crowd’s hostile reaction,” as the U.S. Court of Appeals for the Sixth Circuit put it in Bible Believers v. Wayne County. In withdrawing the event’s funding and moving it online, SUNY Brockport did not fulfill this obligation.

Notably, SUNY Brockport said it had nothing responsive to FIRE’s specific request for documents “which formed the basis for President Heidi Macpherson’s statement regarding ‘potential security concerns’ [or] which prompted SUNY Brockport to move the event online.” That response reinforces that the records indicate the President’s decision did not rest on any specific, credible threats of violence. While some who contacted the university wished harm on Macpherson or vowed to protest the event, none directly threatened to commit violence.

Even had there been such threats, it would not have justified making the event online-only — especially when the event was still two weeks away. That gave SUNY Brockport ample time to “mitigate any potential security concerns” by staffing the event with adequate security, rather than moving it to a format that stifles the vigorous discussion and debate which may flow from a controversial speaker’s appearance on campus.

Some might think the university’s actions were no big deal since the event was not canceled entirely. But those actions are still unconstitutional, and excusing them trivializes the danger they pose to free expression.

Defunding an event dramatically increases the risk that it will not happen at all. And, as FIRE stated in another case where a university moved an in-person event online based on vague security concerns, there are “material differences between in-person events, where the audience may have the opportunity to engage with the speaker, and virtual events, which are by their nature siloed and may involve little or no meaningful interaction amongst participants.”

SUNY Brockport abandoned its First Amendment obligations and failed to protect the expressive rights of its faculty.

SUNY Brockport is only the latest in a long line of universities that have failed to reject the heckler’s veto. Those who oppose a faculty-organized speaking engagement are free to criticize it, or even to call on the university to cancel it. But is incumbent on the university — even while itself free to disagree with the invitation, perhaps even publicly — to reject calls for censorship. By allowing detractors to control the university’s reaction to a speaker, SUNY Brockport abandoned its First Amendment obligations and failed to protect the expressive rights of its faculty.