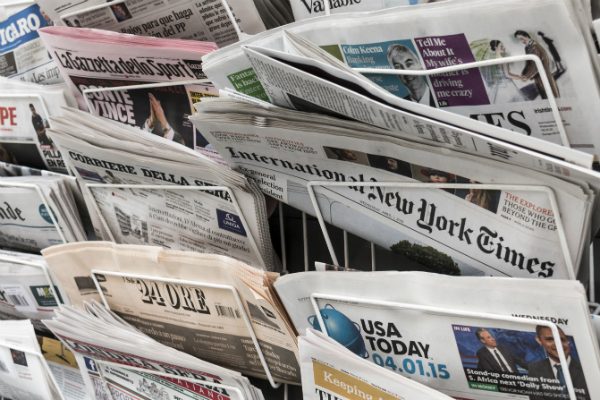 When I graduated from my private, religious high school in Tennessee, I was ready.

As someone who grew up attending the same school for 14 years, graduation meant leaving behind my school’s stifling dress code, subpar food, and monotonous hallways. It meant getting the chance to take politics classes and finally devote more of my time outside the classroom to my passion for journalism, a subject I’d fallen in love with during my high school career.

Yet despite my desire to focus on my new life when I left high school, one unwanted reality stuck with me long after I received my diploma — my journalism experience was changed by my experience with censorship in high school.

At my high school, administrators forced the newspaper to practice under both prior review and prior restraint, a system of censorship that permitted the school administration to read, edit, and remove articles prior to publication as they deemed necessary to maintain the reputation of the school.

Ultimately this regime of overbearing supervision prevented student-journalists from learning from their mistakes, reporting on critical issues like school safety, and sharing impactful stories about the student body.

While the school was within its rights as a private school that falls outside of First Amendment protections, this system gave the administration extremely broad powers to censor content. They often wielded this power without justifying why an article was not approved for publication, or why certain wording needed to be altered.

Ultimately this regime of overbearing supervision prevented student-journalists from learning from their mistakes, reporting on critical issues like school safety, and sharing impactful stories about the student body.

For one newspaper article in particular, the administration extensively edited and delayed its publication for four months because it briefly alluded to teen suicide in the months surrounding the release of Netflix’s popular series, “13 Reasons Why,” a show that chronicles how a group of high school students grapple with a classmate’s suicide.

This heavy-handed censorship occurred for a myriad of administrative reasons, including ensuring we obtained written consent from the parents of interviewed students to mitigate any potential lawsuits and allowing the administration time to address the issues of mental illness and self-harm before the article’s publication. However, the story’s main focus was on how a student’s struggle with depression inspired her to work with the American Foundation for Suicide Prevention, and its contents in no way glorified suicide.

Within that same period, the administration also took steps to censor the school’s literary magazine by replacing a post-modern impressionist recreation of a gun entitled “Imitation is Suicide” with a different picture after the original piece sparked administrative concerns. This decision resulted in the reprinting of more than 600 copies of that edition so it could be distributed to middle and elementary school students without the “concerning” artwork. The fact that the title was influenced by Ralph Waldo Emerson did not appear to matter.

As an editor of both the school newspaper and literary magazine during this time, I particularly felt these instances of administrative overreach. Their actions affected the stories I chose to cover and how I would frame issues about our school. They also negatively impacted my confidence in my abilities as both a writer and editor, as the administration routinely altered stories I believed to be fit for publication.

Soon I found myself self-censoring in an attempt to avoid the inevitable. During my senior year, I did not push hard enough for the West Tennessee Episcopal Diocese’s voice when covering my school’s complicated relationship with the Episcopal Church, crafting a story that toed the administrative perspective potentially more than the situation’s reality.

A couple of months later, when I advocated for support of independent student journalism in an editorial, I found myself including an acknowledgment in the piece about the “incredible pressures school administrators face”out of fear that an administrator would later require an additional phrase be added. Though I hate to acknowledge it, sometimes my self-censorship even affected other student journalists, as I would lead them away from topics with a higher chance of being censored, like those on teen vaping and teen drinking, despite the potential value the stories could have had for our high school community.

The preemptive alteration of my writing demonstrates one of the most dangerous results of censorship — that it can cause the next generation of journalists to alter how they cover important stories and cause them to shy away from challenging topics. In a country where 54% of college students say they have engaged in self-censorship at some point in their academic careers, this is a dangerous practice to make more prevalent.

For years, censorship shaped my work by telling me what stories I could write and topics I could cover — a reality that was impossible to shed simply because I walked out of the campus gates.

After I graduated and matriculated at the University of Virginia, I found it difficult to leave behind the habits that were so ingrained in my journalistic practices from high school. For years, censorship shaped my work by telling me what stories I could write and topics I could cover — a reality that was impossible to shed simply because I walked out of the campus gates.

Once at college, as an editor and writer at the Cavalier Daily — the independent student newspaper at UVA — I began to notice self-censorship creeping into my journalism once again. After the Washington Post reported that the name of the UVA yearbook stemmed from minstrel slang, the Cavalier Daily began its own investigation into instances of blackface in the yearbook. As an editor, I had the chance to see the beginning stages of the paper’s research unfold, yet my first thought on the situation concerned not how I could contribute to the investigation, but how our work would paint the university in a negative light.

Initially, it seemed wrong to cover a story that would have a negative impact on the school’s image. But I quickly recognized that this line of thinking was antithetical to my duties as a journalist and soon after assisted with the investigation. But does every journalist who has faced censorship recognize when they engage in this negative behavior months and years after their censorship experience ended? I doubt it.

Fortunately, my time at UVA — a university that earns a “green light” rating from FIRE for its speech policies and also hosts one of the top college newspapers in the country — has helped me recognize the inherent flaws in these walls I constructed as a result of my censorship experience.

Now I know that it is not the responsibility of journalists to spout the administrative approved line or to accept an opinion without questioning it first. Universities have public relations departments for that. Instead, journalists are public servants who bear the responsibility of spotlighting flawed policies, giving voice to the minority, speaking truth to power, and pushing our communities to be better.

It is to these journalistic principles and ideals that I have worked to rededicate myself this past year, chipping away at the long term effects of my high school censorship experience — one pitch, one photo, and one article at a time.

Carolyn Lane is a rising sophomore at the University of Virginia and a FIRE summer intern.