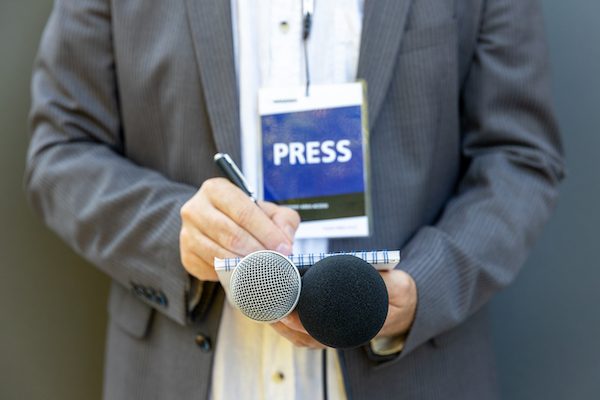 When student journalists at the University of San Diego discovered allegations that a psychology professor had been suddenly fired because of disagreement with administrators over COVID-19 restrictions, they almost certainly didn’t expect this story to lead to the firing of their own editor-in-chief. But that’s exactly what happened.

Why? Because USD’s Student Media Council — an advisory board chartered and overseen by the university’s administration — decided that student journalists’ sharing of information with colleagues in the news industry “without obtaining permission” was a fireable offense.

This situation bore a striking resemblance to the situation in May 2020 at the University of California, Davis, where a 50-year-old media board — charged with hiring and firing editors — took shortcuts on its hiring policies, raising questions about the student newspaper’s editorial independence. After a letter from FIRE, UC-Davis revised the responsibilities of its board, vesting within the newspaper’s student editors the right to determine their own leadership.

Student media advisory boards absolutely can and should bolster student press freedom. When functioning well, these boards provide a buffer against administrative interference and give students a sounding board for navigating difficult editorial decisions.

However, FIRE has seen a trend of these boards acting as censors themselves. Enough is enough: Because true editorial independence means just that — independence — advisory boards should not hold power over content or personnel.

The history of editorial independence at student publications

Editorial independence for student publications hasn’t always been the norm.

Colleges and universities should not be able to use student publication advisory boards as brokers of censorship.

This inappropriate level of administrative influence over the content of student publications tracked with the inappropriate level of control over student expression in general, at both the college and K-12 level. As U.S. Supreme Court Justice Clarence Thomas said in his 2007 concurring opinion in Morse v. Frederick, “in the earliest public schools, teachers taught, and students listened. Teachers commanded, and students obeyed.” That all changed in 1969 when the Supreme Court ruled in Tinker v. Des Moines Independent Community School District that schools do not have the right to regulate the content of political speech, stating that students do not “shed their constitutional rights to freedom of speech or expression at the schoolhouse gate.”

Just twelve years prior to the Tinker decision, the Supreme Court had declared in Sweezy v. New Hampshire that, on college campuses, “Teachers and students must always remain free to inquire, to study and to evaluate, to gain new maturity and understanding; otherwise our civilization will stagnate and die.” (It was arguably three years after Tinker, however, when the Supreme Court first clearly applied this concept to college student expression in Healy v. James. In Healy, the Court cited Tinker to recognize both that college administrators, like their K-12 counterparts, had traditionally enjoyed extensive prerogative to control the academic environment and that the First Amendment rights of college students should apply with no “less force on college campuses than in the community at large.”)

Direct editorial supervision waned in the second half of the 20th century; however, a new model emerged: Media advisory boards that often serve as an intermediary (and, at times, a buffer) between administrators and student publications.

The role of a student media advisory board

In the best situations, these boards serve in a purely advisory capacity, helping student journalists navigate tough situations — upon request.

This is a story of a university that:

1) paid a professor to leave quietly;

2) stripped a student newspaper of its independence when it wouldn’t stay quiet;

But in the worst situations, these boards become instruments of censorship — in some cases, exercising prior review and restraint of content. And that’s what we’re seeing more and more. In a survey of student newspaper editors at public, 4-year institutions that I completed in 2017–18, 43.7% of editors reported having an advisory board. In a 2011 survey, Lei Xie and James Simon surveyed student publication advisers who belong to the College Media Association (which includes advisers from public and private, and 4- and 2-year institutions) and found that 60.5% of publications — including print and broadcast — had an advisory board.

Xie and Simon’s survey also showed that, as a whole, advisers listed “electing EIC/Station Manager or other top positions” among boards’ most important functions. In other words, advisory boards are often charged with selecting the students who will lead publications, such as newspaper editors and radio managers. For example, the advisory boards at both UC Davis and USD claimed this authority, and we have seen advisory boards at numerous other institutions claim similar authority.

At first blush, this role might seem unproblematic: What’s wrong with having members of the university community determine the editor of the publication? But, as we explained during our reporting on UC Davis, “while people aren’t content, people determine content.” (Can you imagine the president of the United States deciding on the editor of The New York Times or Wall Street Journal? Or the administration getting to determine the president of an activism-oriented student organization?)

While the editor hand-picked by the advisory board might have editorial freedom, in theory, the involvement of an administratively appointed board might incentivize self-censorship.

Giving an administratively chartered or appointed board the right to hire and fire those who determine the content of a publication also risks casting a chill on editorial decision making. As then-student journalist Paul Goodman wrote at the inception of the UC Davis Board in 1971, such boards “silence and intimidate student newspapers, [while] avoiding the onus of direct censorship by inducing self-censorship.” While the editor hand-picked by the advisory board might have editorial freedom, in theory, the involvement of an administratively appointed board might incentivize self-censorship. In fact, then-editor of The Aggie at UC Davis told us that she hesitated to push back against the advisory board for fear of losing her job.

In short, colleges and universities should not be able to use student publication advisory boards as brokers of censorship, and all decisions about content — including who decides on content — should rest with students.

Advisory boards — when they sit in a truly advisory capacity — are a boon to editorial independence.

In Xie and Simon’s 2011 study, 63% of advisers reported that the advisory board at their institution was “supportive of a watchdog role for the student media” and, as a whole, advisers listed as among boards’ most important functions their ability to “defend student media if content is challenged.” (Of note, no recent study I know of has asked students to identify important characteristics of advisory boards, and it is therefore difficult to tell whether advisory board abuses are endemic or simply a growing, but anomalous, trend.)

Other research indicates that student journalists who have a supportive larger community — such as supportive alumni, area professionals, or an advisory board — may be less likely to face or give into censorship demands.

Given this, FIRE doesn’t imagine a world without student media advisory boards. Instead, we imagine a world in which these boards serve at the pleasure of student leaders, such as newspaper editors and radio general managers, and act in a purely advisory capacity. Depriving these boards of coercive power will require them to focus on supporting — and, at times, persuading — student media outlets, which facilitates the boards’ educational function. Only then will advisory boards bolster, rather than inhibit, student press freedom.