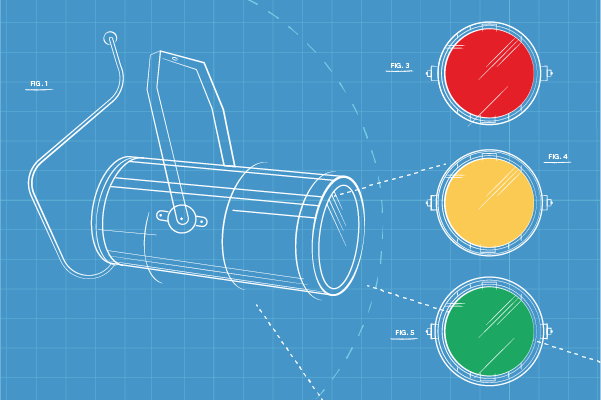 PHILADELPHIA, Dec. 8, 2020 — Students may be able to find their professors and classmates online, but many won’t find their speech rights there. A new study by the Foundation for Individual Rights in Education found half of top American colleges and universities maintain policies that restrict online expression protected under First Amendment standards, and 9 in 10 restrict speech on campus.

Spotlight on Speech Codes 2021: The State of Free Speech on Our Nation’s Campuses analyzes the written policies at 478 of America’s top colleges and universities for their protection of free speech. The report finds 88% of American colleges maintain policies that restrict — or could be interpreted to restrict — expression.

FIND OUT HOW MUCH PROTECTED SPEECH YOUR SCHOOL RESTRICTS

“These policies have real-world consequences,” said Laura Beltz, author of the report and a senior program officer for policy reform at FIRE. “Students and professors around the country face punishment for speech that is clearly protected by the First Amendment or a school’s free speech promises.”

For example, a student at New Jersey’s Stockton University faced possible suspension, a fine, and a mandatory “social justice workshop” after using a photo of President Donald Trump as his Zoom background, which the university claimed caused other students to feel “offended, disrespected, and taunted.” That, combined with a Patrick Henry-esque political post on Facebook, led the university to charge the student with six policy violations, including harassment and “cyberbullying,” before FIRE’s public involvement caused the university to back down.

Stockton is just one of almost 200 public institutions that maintain online speech policies that run afoul of the First Amendment. Consider also the University of Colorado Denver’s policy banning students from sending or storing emails with messages that could be “considered offensive.” And on the private institution side, Fordham University maintains a policy banning the use of any IT resource — even off campus — “to intimidate, insult, embarrass, or harass others.” Speech that meets the legal standard for intimidation or that is included in unlawful harassment is not protected under First Amendment standards, but banning online speech that might “insult” or “embarrass” others includes a great deal of protected speech.

All of the policies analyzed in the report are accessible in FIRE’s Spotlight Database. FIRE rates schools as “red light,” “yellow light,” or “green light” institutions based on how much speech protected by the First Amendment their policies restrict in a number of categories, including protest, online speech, harassment, and civility. 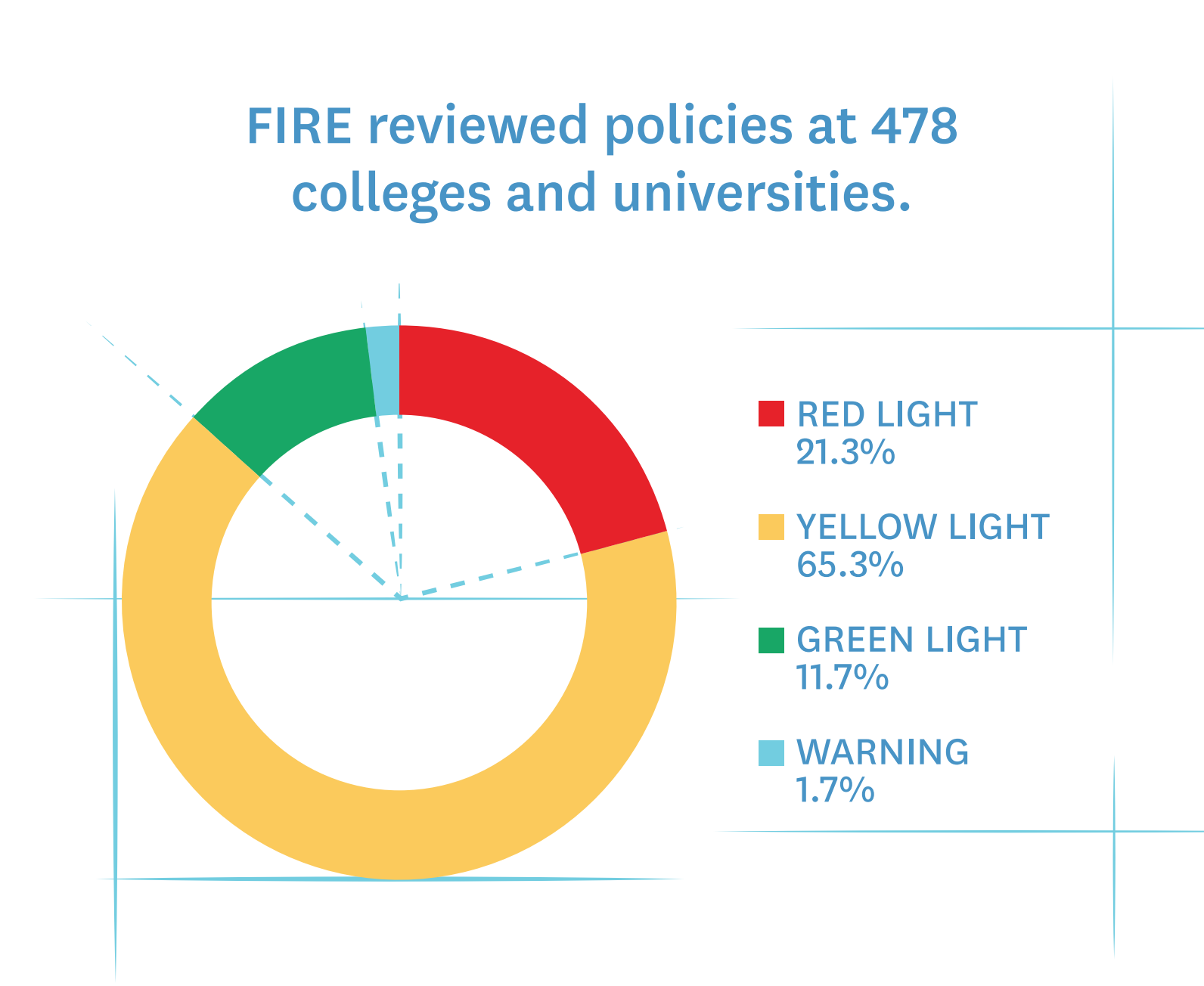 Just over a fifth of institutions — 21% — received an overall red light rating, FIRE’s lowest rating, for maintaining speech codes that both “clearly and substantially” restrict freedom of speech. This reflects a 3-point drop from last year’s report.

Alarmingly, red light schools still make up at least half of FIRE-rated institutions in the District of Columbia and 7 states: Alaska, Delaware, Illinois, Oregon, South Carolina, Vermont, and Wyoming.

Only 12% of institutions nationwide (56 schools) do not maintain any policies that compromise student expression, earning FIRE’s highest, green light rating. This total is up significantly from only 2% in 2009. Meanwhile, the number of institutions earning a yellow light rating is swelling: from 21% in 2009 to 65% today. While less restrictive than red light policies, yellow light policies still prohibit, or have an impermissible chilling effect on, constitutionally protected speech. (Just ask the Stockton student.)

“We’ve offered to help every college in this report craft speech-protective policies, but most decided to carry on with their censorship,” said Beltz. “We encourage prospective students who want to engage in vigorous debate and discussion to keep in mind the 56 institutions that earn FIRE’s top rating. But if they decide to enroll elsewhere, we’re here to help.”

FIND OUT HOW MUCH PROTECTED SPEECH YOUR SCHOOL RESTRICTS