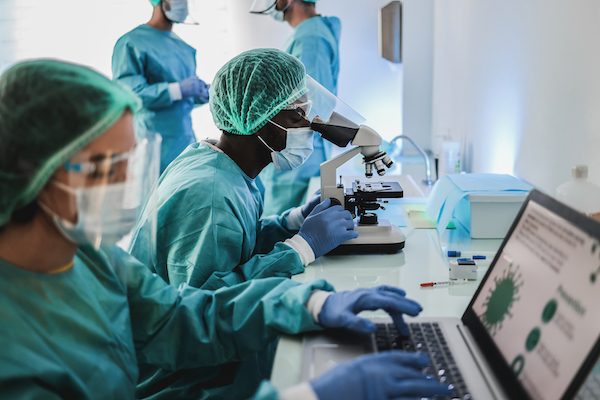 There is seemingly good news in the Sunshine State after three professors at the University of Florida concluded that the university and state officials did not order the destruction of Covid-19 research data, or put undue barriers in place to prevent sharing of the data.

An ad hoc faculty report published in December 2021 had alleged as much, while detailing faculty-wide concerns around academic freedom at an institution earning FIRE’s highest “green light” rating. The professors tasked with investigating these claims formally interviewed the six report authors, along with eight other individuals. They found no merit to the claims leveled in the report.

The investigation found that the claims stemmed from a single anonymous source and were an outgrowth of an October 2020 meeting between UF Health’s Screen, Test & Protect Program director, Michael Lauzardo, and members of the CDC and the state health department. According to the investigative report, “The STP program was part of the initial response to COVID-19 that performed testing and contact tracing and involved a collaborative relationship with the Florida Department of Health (FDOH).”

In summer 2020, FDOH hired several UF employees with public health expertise. To become an FDOH agent, employees were required to sign a COVID-19 Confidentiality Pledge and affirm that they would not release COVID-19 data collected or provided by FDOH. In its report, the investigative committee notes that this pledge is “substantially similar to the confidentiality pledge for tuberculosis data.”

The university’s recent track record has not reflected the promises of academic freedom that are guaranteed students and faculty at the public school.

The committee asserted that the different standards for using public health data versus UF research data were incorrectly assumed to be barriers to data sharing. Instead, the committee noted, “those barriers are inherent in handling sensitive [public health] data and are not unique to COVID-19 data or data from other research sponsors.”

FIRE’s Kelley Bregenzer and Sabrina Conza wrote about the allegations back in December. After a tendentious Fall 2021 semester — during which UF was served a lawsuit for attempting to block three professors from testifying in a voting rights case and met three separate times with an associate professor, hounding him to change the name of his course to remove the words “critical” and “race” — the university’s recent track record has not reflected the promises of academic freedom that are guaranteed students and faculty at the public school.

While FIRE is pleased to see that the investigative findings regarding the destruction or suppression of data are without merit, it is difficult to give a university the benefit of the doubt when it engages in improprieties that threaten or violate its faculty’s First Amendment rights. When you repeatedly trample those rights, people will be inclined to believe accusations of rights abuses, even those that are later revealed to be without merit.