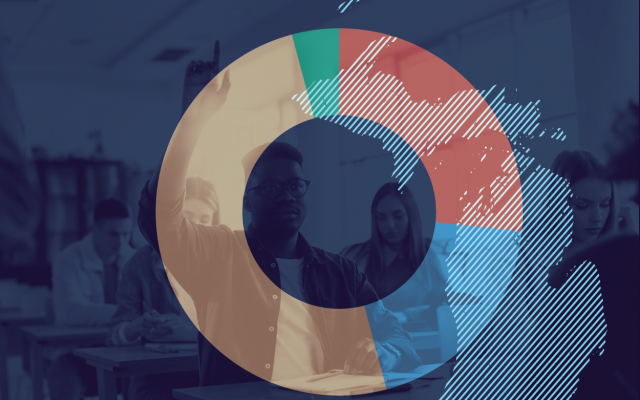 Michigan may be known for its Great Lakes, but a new report from FIRE suggests that its universities’ free speech promises don’t hold much water.

“State of the Speech Codes: Michigan” examines the speech codes — policies that regulate student expression that would be protected by the First Amendment in society at large — on 26 Michigan campuses, including all public four-year institutions as well as the two-year public and private schools in Ottawa and Kent counties.

FIRE’s new report also compares speech codes at Michigan’s institutions with those at institutions nationwide, as well as those in neighboring states. If you want to attend a Michigan college or university that supports and protects free speech — or if your alma mater is in the state — then you should be concerned.

Using the speech code rating system from FIRE’s Spotlight database, we found that more than one-in-four schools (26.9%) earn a “red light” rating in Michigan, meaning they maintain at least one policy that both clearly and substantially restricts freedom of speech. This is a significantly higher percentage than the 18.5% of colleges and universities nationwide that earn a red light. Exactly half (50%) of the Michigan schools we reviewed for this report earn a “yellow light” rating for maintaining policies that, by virtue of vague wording, can too easily be used to restrict protected expression. Just one school in the state earns a “green light” rating, meaning it is the only institution in the report that does not have policies which seriously imperil speech.

Here’s a look at a few of the best schools for free speech in Michigan, followed by a deep dive into how some Michigan schools could learn a thing or two from their friends (or rivals) in Ohio.

Although green light schools are exceptional, in Michigan they are a little too exceptional. With only one institution earning a green light rating, or just 3.9% of schools, Michigan is far below the national average of 12.1%.

Some Michigan schools are just a few policy revisions away from significantly improving their overall rating.

That being said, a handful of schools are quite close to earning FIRE’s best, green light rating: Central Michigan University, University of Michigan-Ann Arbor, and University of Michigan-Flint are each just one or two policy revisions away from earning a green light. These universities could join an elite group of schools and confidently signal to their peer institutions, students, faculty, alumni, and Michiganders across the state that they take free expression seriously. 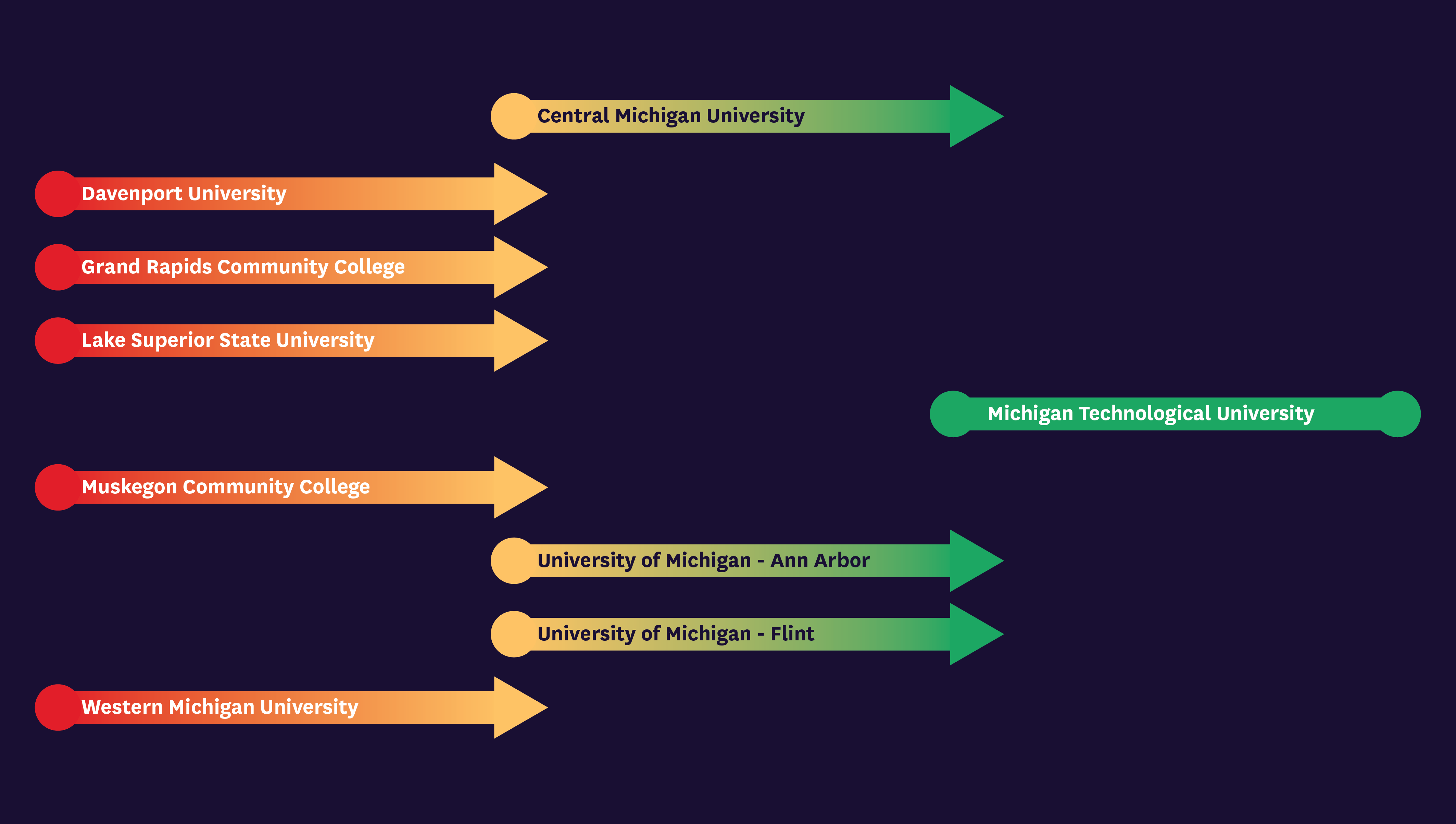 Michigan IT policies are not ‘it’

When reviewing Michigan schools’ policies, we noted several recurring problems. For example, the report identified that 38.4% of Michigan schools maintain a yellow light policy related to internet usage and social media (“IT policies”), with 7.7% maintaining a red light IT policy.

Aquinas College, a private institution in Grand Rapids, has an IT policy governing “Acceptable Use” of its network that earns a red light rating. The policy prohibits “[m]alicious use” by users, including “[d]isplaying, sending, or creating links to offensive materials.”

Simply by revising this policy, Aquinas could improve its overall rating from a red light to a yellow light.

Although Aquinas is a private college and thus not legally bound by the First Amendment, it holds itself out as an institution that values freedom of speech and academic freedom through its policies, and must live up to its self-presentation. Aquinas may certainly prohibit speech that would be unprotected under First Amendment standards, like true threats, harassing messages, or malicious software that harms the school’s IT systems. However, by banning any “offensive materials,” this policy encompasses a good deal of protected speech.

Concerns about poorly drafted IT policies are more than simply an academic exercise. For instance, students have been subjected to discipline for actions as simple as raising concerns about department administrators’ treatment of minority students on an online learning platform. It’s critical to revise these policies to ensure that when cases arise, students’ free speech rights are respected. Notably, simply by revising this policy, Aquinas could improve its overall rating from a red light to a yellow light — no small feat.

Cleveland State University, a green light university in neighboring Ohio, maintains an IT policy that could serve as a model for Aquinas and each of the Michigan schools with poorly rated IT policies. Cleveland State’s policy, in relevant part, states:

Rules and regulations that apply to other forms of communications at the university also apply to e-mail. In addition, the following specific actions and uses of university e-mail are improper: […] Use of e-mail to harass or threaten other individuals.

By clarifying that other rules, which also receive green light ratings, extend to online communication and that harassing and threatening messages are impermissible, Cleveland State’s policy seamlessly targets unprotected, harmful conduct while still respecting students’ free expression, a critical balance lacking at too many Michigan schools.

Cleveland State, though, is far from the lone school in the Buckeye State with policies that outclass those of its neighbor. In fact, Michigan has more than twice as many red light schools (26.9%) as Ohio (13.3%).

A path toward policy-improvement: What Michigan’s colleges can do next

This report makes clear that Michigan schools have serious work to do to protect freedom of expression on their campuses. It’s our hope that campus leaders will take steps to revise their policies that restrict student speech and will work with FIRE toward earning a green light rating.

We invite all Michigan schools to work with FIRE to improve the concerning policies.

Some Michigan schools are just a few policy revisions away from significantly improving their overall rating. As mentioned earlier, Aquinas is just one simple change away from improving their rating from a red light to a yellow light. Davenport University, Grand Rapids Community College, Lake Superior State University, Muskegon Community College, and Western Michigan University are also all just one or two policy revisions away from improving from an overall red light to a yellow light rating.

We invite all Michigan schools to work with FIRE to improve the concerning policies we’ve researched for this report. FIRE’s Policy Reform team can be reached directly at speechcodes@thefire.org.