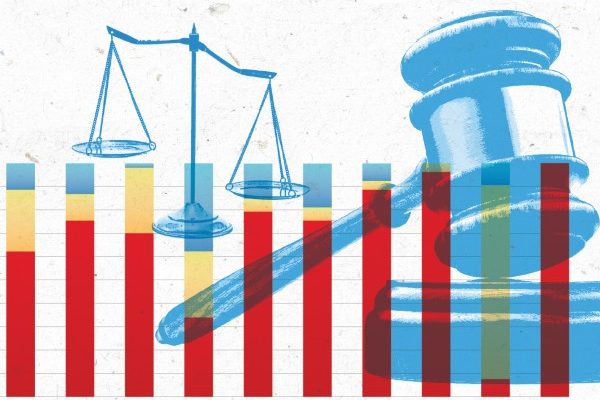 PHILADELPHIA, July 21, 2021 — The due process rights of America’s college students are up for a vote this month as senators consider whether to return Catherine Lhamon to her post as the Department of Education’s assistant secretary for civil rights. A new report from the Foundation for Individual Rights in Education examines the gains realized since Title IX regulations went into effect last year — improvements that could vanish if Lhamon is confirmed.

“We were finally seeing student rights moving in the right direction, but Catherine Lhamon’s nomination just shows how threatened the progress we’ve made is,” said FIRE Executive Director Robert Shibley. “If confirmed, Lhamon’s history and rhetoric indicate that she will put her thumb on the scale of justice — ripping away fundamental rights and encouraging a patently unfair shadow justice system that deprives students of their right to due process.”

“Spotlight on Due Process 2020-2021” examines policies at 53 top national colleges to see how many of 10 fundamental procedural safeguards those institutions guarantee to students accused of violating college policy. FIRE’s research grades institutions on providing basic protections such as the presumption of innocence, the right to impartial fact-finders, and the right to meaningfully cross-examine one’s accuser. 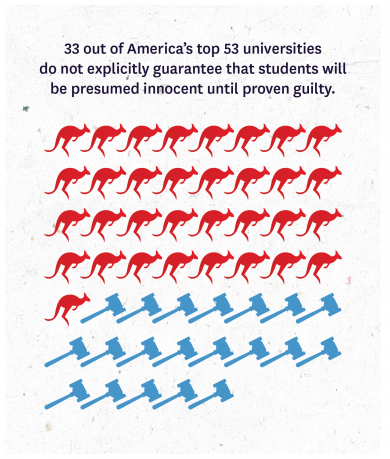 Last May, the Department of Education released new regulations for how colleges must respond to alleged violations of Title IX, the 1972 law that prohibits sex discrimination in federally funded educational programs. The Title IX regulations, which apply to nearly every college and university in the country, public or private, carefully balance the rights of complainants and accused students alike. At 85% of schools included in the report, Title IX sexual misconduct policies scored noticeably higher than other policies, demonstrating the positive effect of the regulations on due process in Title IX cases.

Not every accused student benefits from the regulations, however. Procedures governing non-Title IX misconduct, such as fighting, destruction of property, or sexual misconduct not covered under Title IX, still lack basic due process protections. Many institutions went from the already confusing and unfair status quo of having two disciplinary systems with different rules — one for sexual misconduct and one for all other misconduct — to having three such systems, simply adding another set of rules for sexual misconduct governed under the new Title IX regulations.

“Institutions are taking every opportunity to avoid providing due process across the board — even going so far as to create three separate disciplinary systems per campus to afford students as few protections as legally permissible,” said FIRE Program Officer Ryan Ansloan. “America’s top universities are offering rock-bottom due process protections. That’s why lawmakers and the courts must require a single, clear, and fair process for adjudicating campus misconduct once and for all.” 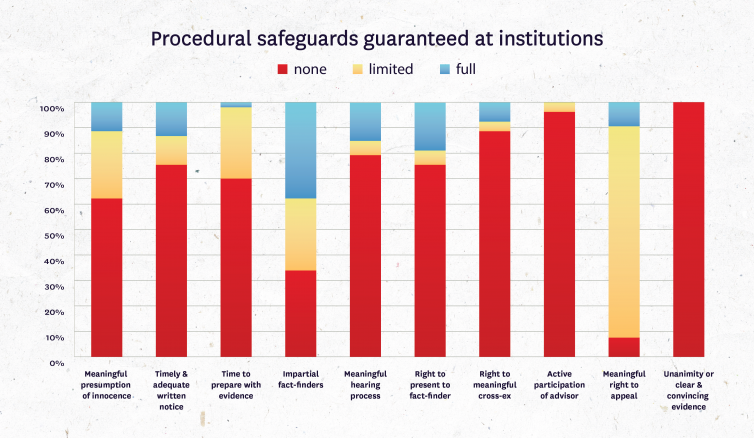 FIRE’s findings were troubling: Despite improvements, 44 of the 53 universities studied received a D or F grade for maintaining at least one system of policies that guaranteed no more than 4 of those 10 safeguards. This is a slight decrease from 49 institutions in FIRE’s previous report.

On Tuesday, the Department of Education issued new guidance to outline how the department will enforce Title IX in the coming months. The guidance is further evidence that the administration is focused not on protecting student rights, but on advising institutions how to provide as few due process protections for students as possible.

“This report is proof that institutions will go to absurd lengths to abridge their students’ rights,” said Ansloan, lead author of the report. “These ratings represent the fates of real students who face suspension or expulsion without a fair process. No student should have to face a confusing, unwieldy campus judicial system with the deck already stacked against a fair process.”