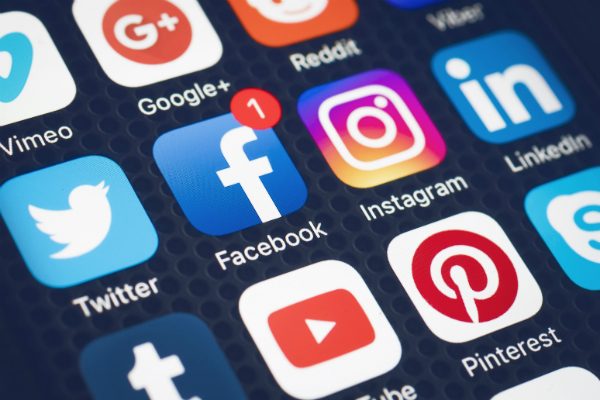 Use: We suggest using this lesson in programming explaining IT policies or codes of conduct. The video can also be placed on university web pages explaining student rights or IT policies.

Americans increasingly rely on online speech to receive their news, communicate with their friends and family, explore their interests, and engage in social and political commentary. Social media platforms in particular have become vehicles for sharing everything from the mundane details of people’s everyday lives to breaking news.

This is no less true for students and faculty living, working, and studying in the university setting. What are the parameters of their freedom of expression online and on social media?

In this module, we’ll discuss what students can expect when they speak online, as well as how they can respond productively and effectively to views they find distasteful. We’ll also discuss the proper role of college administrators, who can be a resource for students to help guide discussion, without engaging in restrictive practices and censorship.

Students attending a public university enjoy the full and robust free speech rights protected under the First Amendment, including the right to speak online. This right is at its zenith when students are using their personal social media accounts, airing their views on their own blogs, posting memes, commenting on news articles, and engaging in similar expressive activity.

These are all examples of protected speech, where the university does not have a strong argument in favor of regulating the expression and would have a hard time demonstrating that it constitutes institutional speech. Whether the commentary takes place on or off campus, on university wi-fi or on other networks, students should feel comfortable knowing that their fellow students, faculty members, and administrators recognize and respect their freedom of expression.

To cite one example when this did not occur, Fordham University in New York City investigated student Austin Tong following student complaints about his Instagram posts in June 2020. In one post, Tong wrote that supporters of the Black Lives Matter movement were “hypocrites” because of the “nonchalant societal response” to the death of St. Louis police officer David Dorn, killed in the unrest following the killing of George Floyd.

In another post, Tong, a Chinese-American immigrant, commemorated the anniversary of the Tiananmen Square massacre with a photo of himself holding a gun, with the caption “Don’t tread on me.” Fordham quickly found Tong responsible for violating policies on “bias and/or hate crimes” and “threats/intimidation,” without so much as a hearing.

The matter ultimately led Tong to file an ongoing lawsuit against Fordham. The university is a private institution and so it can typically act without First Amendment limitations on its actions. However, it promises freedom of expression to its students in official policy. Tong’s case is a clear example of a university responding to controversial but protected speech without regard for the speaker’s free speech rights or due process rights.

While the university could not lawfully punish Tong for his posts, it should go without saying that in the age of viral content, nothing is consequence-free. Just as your university cannot suspend or punish you for personal opinions shared online, it also cannot—and should not—stop other students from criticizing you. That is, after all, the exercise of their own free speech rights.

Comparatively, the university can enact greater regulations on students’ use of institutionally provided email addresses and listservs. This does not mean, of course, that it can selectively enforce IT policies or censor certain messages it deems to be offensive or wrong. On the other hand, the university would be within its rights to limit use of email listservs to their intended purposes.

For example, the university could place reasonable limits on a listserv intended for a specific academic unit or subject matter by asking students to refrain from emailing about student organization meetings, campus activities, and other matters with no relevance to the purpose of the listserv.

Likewise, colleges (and individual faculty members) are allowed to place reasonable limits on the use of online classroom portals, which are important to ensure timely and efficient learning online. Students would not have the right, for example, to post about an off-campus party on a forum for the posting of reading assignments.

Finally, with respect to the university’s own social media accounts, administrators have the right to enforce viewpoint-neutral rules that prohibit, for example, comments that solicit commercial activity. However, they do not possess the right to remove students’ comments simply because they happen to disagree with those students, or because the comments paint the university in a less favorable light.

For example, Clemson University blocked the words “Nike” and “boycott” from its institutional Facebook page, a noteworthy move considering that Clemson at the time had entered into a $58 million contract with the company. West Virginia University blocked mentions of “couch burning,” a practice that was frowned upon by the university as well as the surrounding community. Oakland Community College in Michigan blocked mentions of the name of a disgruntled former professor. These and similar practices are impermissible because they pick and choose messages to allow based on whether the university approves or disapproves of them. This hinders the ability of campus community members to provide direct feedback to the administration.

In recent years, it has become commonplace to see college faculty land in hot water because of something they tweeted or otherwise posted online and outside the classroom.

However, when speaking as private citizens, professors enjoy widespread protection under the First Amendment to comment on any number of issues of the day. Faculty do not give up those rights simply by virtue of becoming professors at a university. Otherwise, we rob the marketplace of ideas of a lot of smart and informed voices and professors of their ability to be individuals outside of their jobs.

In one high-profile matter, Fresno State University in California investigated a professor, Randa Jarrar, after she tweeted, following the death of former First Lady Barbara Bush in April 2018: “Barbara Bush was a generous and smart and amazing racist who, along with her husband, raised a war criminal. F— outta here with your nice words.”

The tweet, perhaps predictably, led to many calls for the university to remove Jarrar from its faculty. Fresno State then unwisely initiated an investigation despite the clearly protected nature of her speech. Thankfully, the university dropped the investigation following pushback from free speech advocates, but the way in which this high-profile matter was handled likely created a harmful chilling effect on the expression of Fresno State professors and students.

Though Phansey’s speech was clearly protected satire under the First Amendment, Babson chose to investigate him and ultimately fire him. The private institution in Massachusetts is not legally bound by the First Amendment, but does commit itself to free speech in official policy, making its course of action indefensible.

When schools bow to public pressure in this manner, they do a grave disservice to students and faculty alike, and to the overall climate for free expression on their campus.

How Can Administrators Help?

College officials have an important role to play in providing guidance to students and facilitating online discussions, particularly when those discussions turn contentious. They must resist calls to censor students and others, whether those calls come from within the campus community or outside of it. Administrators can instead offer solutions aimed at responding with “more speech,” or counter-speech.

Administrators can also help to establish a campus climate that lets students know they have the support of others when they are feeling vulnerable or uncomfortable. Students have the power to speak out, to right the perceived wrongs, and to demonstrate to others why a divisive or controversial viewpoint is wrongheaded. Administrators can help them to understand that it is possible to do all of these things without calling for someone else to be censored or punished.

Administrators must also make sure that institutional policies on information technology are enforced in an even handed manner, even in times of controversy and tumult.

The bottom line is that students should not be afraid to use their voices in a variety of ways online. These platforms and settings are a natural extension of the campus quad or green spaces—indeed, they allow individuals to reach many more people than was previously possible, and at a speed that was likewise not previously possible. Students should feel confident in exercising their First Amendment rights in these settings, knowing that they enjoy robust freedom and the support of their institution.

We hope this lesson helps to explain the core rights and principles at stake and answers some of the questions you may have about them. Of course, if you have further questions or concerns, the leadership of your university should be in a good position to address them.