The more things change, the more they stay the same: The Woodward Report 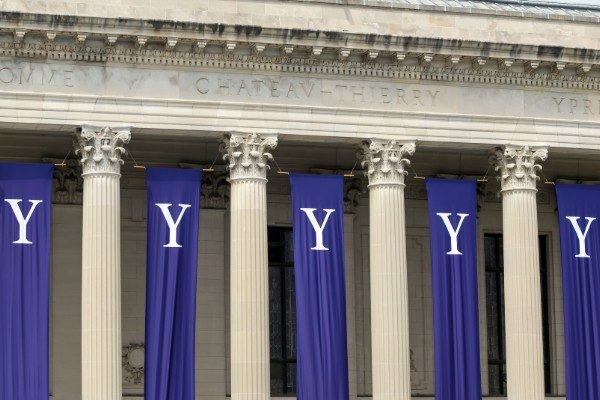 In January 2015, the Committee on Freedom of Expression at the University of Chicago issued a powerful statement in support of free speech that has since formed the template for similar statements at many other universities.

But more than 40 years earlier, a Committee on Freedom of Expression at Yale issued a similar report — known as the Woodward Report after the Committee’s chairman, C. Vann Woodward — containing an equally powerful commitment to free speech. While Yale has sadly failed to live up to this commitment over the years, the report, which was officially adopted by the university in 1975 as “providing the standard for university policy,” remains one of the strongest commitments to free speech adopted by any private university.

The report’s recommendations are based on the premise that

The primary function of a university is to discover and disseminate knowledge by means of research and teaching. To fulfill this function a free interchange of ideas is necessary not only within its walls but with the world beyond as well. It follows that the university must do everything possible to ensure within it the fullest degree of intellectual freedom. The history of intellectual growth and discovery clearly demonstrates the need for unfettered freedom, the right to think the unthinkable, discuss the unmentionable, and challenge the unchallengeable. To curtail free expression strikes twice at intellectual freedom, for whoever deprives another of the right to state unpopular views necessarily also deprives others of the right to listen to those views.

Equally noteworthy, in light of the current threats to free speech on campus, are the events that led up to the Committee’s formation. The Committee was formed in the wake of a number of campus controversies profoundly reminiscent of those happening on campuses around the country today: disruptive protests, disinvited speakers, and a perceived “deterioration in the commitment to freedom of speech and the understanding of its importance” among students and faculty. The Committee’s report spoke of a “paranoid intolerance” among those who disrupted controversial speakers, and of weakening resolve within the campus community to defend the right to free speech when it competed with values such as diversity and inclusion.

The report addressed these competing values squarely, noting that

[I]f a university is a place for knowledge, it is also a special kind of small society. Yet it is not primarily a fellowship, a club, a circle of friends, a replica of the civil society outside it. Without sacrificing its central purpose, it cannot make its primary and dominant value the fostering of friendship, solidarity, harmony, civility, or mutual respect. To be sure, these are important values; other institutions may properly assign them the highest, and not merely a subordinate priority; and a good university will seek and may in some significant measure attain these ends. But it will never let these values, important as they are, override its central purpose. We value freedom of expression precisely because it provides a forum for the new, the provocative, the disturbing, and the unorthodox. Free speech is a barrier to the tyranny of authoritarian or even majority opinion as to the rightness or wrongness of particular doctrines or thoughts.

The Committee called upon the university to ensure that all students are educated in the centrality of free speech to the university’s purpose, and to ensure that “any registration of dissent that materially interferes with the speaker’s right to proceed is a punishable offense.”

The report concludes by saying with a statement that “[w]hile this investigation is confined to the experience at Yale, it has been the hope of the committee that its statement might inspire in other universities a rededication to the principles asserted in this report.”

As evidenced by the renewed hostility to free speech on campus — from the disinvitation of controversial speakers, to disruptive protests, to distressing findings about students’ attitudes toward free speech — these principles remain as critical today as they were when the report was first issued in 1974.