Threats to due process at Yale 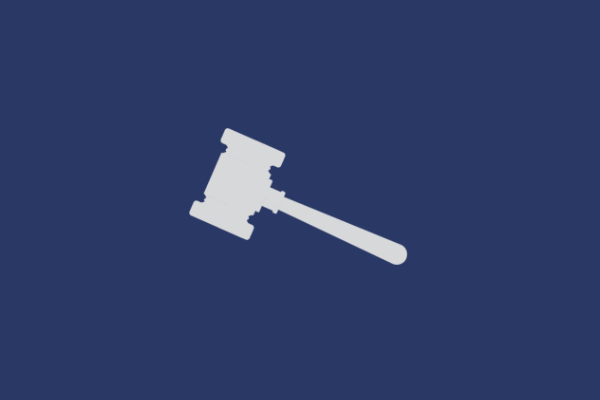 Students accused of serious misconduct at Yale can be suspended or expelled without a fair hearing. FIRE graded the top 53 universities in the country (according to U.S. News & World Report) based on 10 fundamental elements of due process, and Yale received a “D” grade for both its sexual and non-sexual misconduct adjudication procedures. Yale earns this grade for, among other things, failing to ensure that accused students have access to all of the evidence against them, not allowing students to have an attorney or other representative participate actively in their cases, and — in the case of students accused of sexual misconduct — not presuming accused students innocent until proven guilty.

Former Yale University quarterback Patrick Witt has been outspoken about his experience after an ex-girlfriend accused him of sexual misconduct at Yale.

Witt described what happened to him in The Boston Globe:

While an undergraduate [at Yale], my ex-girlfriend filed an informal complaint against me with the then-newly-created University-Wide Committee on Sexual Misconduct. The committee summoned me to appear and styled the meeting as a form of mediation. Its chairman, a professor with no prior experience handling dispute resolution, told me that I could have a faculty adviser present but no lawyer, and instructed me to avoid my accuser, who, by that point, I had neither seen nor spoken to in weeks. The committee imposed an “expectation of confidentiality” on me so as to prevent any form of “retaliation” against my accuser.

I would say more about what the accusation itself entailed if indeed I had such information. Under the informal complaint process, specific accusations are not disclosed to the accused, no fact-finding takes place, and no record is taken of the alleged misconduct. For the committee to issue an informal complaint, an accuser need only bring an accusation that, if substantiated, would constitute a violation of university policy concerning sexual misconduct. The informal “process” begins and ends at the point of accusation; the truth of the claim is immaterial.

When I demanded that fact-finding be done so that I could clear my name, I was told, “There’s nothing to clear your name of.” When I then requested that a formal complaint be lodged against me — a process that does involve investigation into the facts — I was told that such a course of action was impossible for me to initiate. At any time, however, my accuser retained the right to raise the complaint to a formal level. No matter, the Committee reassured me, the informal complaint did not constitute a disciplinary proceeding and nothing would be attached to my official record at Yale.

Currently, Yale is facing three separate lawsuits by students accused of sexual misconduct who allege they were discriminated against and denied basic fairness in the university’s judicial proceedings.

In one of two pseudonymous cases entitled Doe v. Yale University, the male student not only alleges that he was denied a fair hearing on allegations of sexual misconduct, but also that, as Peter Berkowitz reported in The Wall Street Journal, “Yale punished the anonymous male plaintiff for writing a class essay in which he condemned rape.” Berkowitz reported that:

According to his lawsuit, in late 2013 a female philosophy teaching assistant filed a complaint with the university’s Title IX office about a short paper Doe had written. In the context of Socrates ’ account in Plato’s “Republic” of the tripartite soul, the paper argued that rape was an irrational act in which the soul’s appetitive and spirited parts overwhelm reason, which by right rules.

According to the lawsuit, Pamela Schirmeister, Title IX coordinator and an associate dean in the Graduate School of Arts and Sciences, summoned Doe to her office and told him his rape example was “unnecessarily provocative.” She ordered him to have no contact with the teaching assistant and directed him to attend sensitivity training at the university’s mental-health center. She also informed him that he had become a “person of interest” to Yale, which meant that the university had to intervene to ensure he “was not a perpetrator himself,” in the lawsuit’s words. A few months later, the same Title IX office initiated the sexual-assault investigation against him.

In the second “John Doe” lawsuit against Yale, another student alleges that he was discriminated against and denied due process when, following an accusation of sexual misconduct, Yale placed him on an “administrative suspension” and barred him from campus without a hearing.

And in June 2016, Yale University basketball captain Jack Montague made good on his promise to sue Yale over alleged procedural unfairness in the sexual misconduct proceedings that led to his February 2016 expulsion. Montague’s complaint alleges he was “denied the most rudimentary elements of faimess promised to him by Yale.” According to Montague, Yale even breached its own confidentiality requirements by disclosing to his accuser the fact that Montague had previously been involved in another student conduct proceeding—a disclosure which, the complaint alleges, led to the accuser’s decision to participate in a formal conduct process. Montague also alleges that he was insufficiently informed of the details of the allegations against him until late in the disciplinary process, and that no one at Yale told him or his hearing advisor that he was expected to prepare and present an opening statement at the hearing.

All three cases are ongoing.