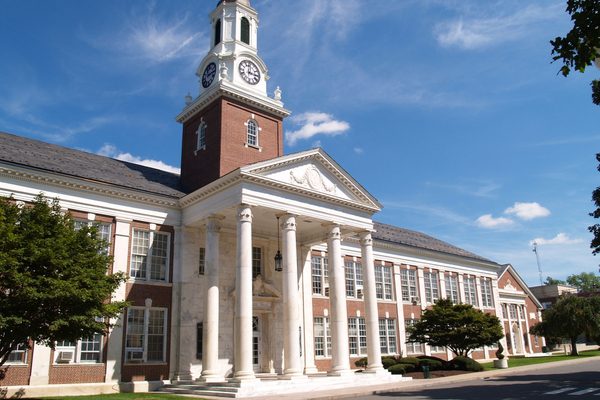 Like any member of the public, faculty at public universities have a First Amendment right to comment as citizens on matters of public concern. Nothing about this right requires faculty to keep their university affiliation a secret when they speak in a personal capacity. But that doesn’t stop others from suggesting otherwise, as demonstrated by the backlash against a professor who criticized The New York Times’ “1619 Project.”

Earlier this year, Jay Bergman, a professor of history at Central Connecticut State University, emailed the superintendents of the state’s K-12 public schools, urging them to exclude “The 1619 Project” from their history curricula. “The 1619 Project” is a controversial initiative that “aims to reframe the country’s history by placing the consequences of slavery and the contributions of black Americans at the very center of our national narrative.” Bergman claimed the project is “entirely false, mostly false, or misleading.” He cited various historians’ critiques of the project, called its creator Nikole Hannah-Jones an “anti-white bigot,” and challenged what he characterized as the project’s conclusion that “America today remains irredeemably racist in its institutions, its society, and its national culture.”

Bergman sent the emails from his university account, and his email signature mentioned that he is a professor of history at CCSU and a member of the Board of Directors of the National Association of Scholars.

Bergman’s message did not sit well with at least one of the superintendents who received it. Putnam Public School District Superintendent Daniel Sullivan wrote a letter to the CCSU president and provost, expressing displeasure with Bergman’s views and the way in which he aired them.

Despite acknowledging that Bergman “has a right to his opinions and to voice his beliefs,” Sullivan found “the manner in which he did so extremely inappropriate and that he overstepped boundaries by attempting to dictate what we teach in our schools and questioning our abilities to provide our students with a history curriculum that balances multiple perspectives.” Sullivan denounced Bergman’s email as “a blatant attempt to force his ideology on public schools in Connecticut.” The letter also noted that a “quick Google search” of Bergman revealed other “problematic” statements he had made in the past. Sullivan said he wanted to make the university aware of Bergman’s email because, as a university employee, Bergman “represents the state’s public higher education system.”

The provost replied to Sullivan’s letter, calling many of Bergman’s statements “highly objectionable” and stating that they do not reflect the views of the university.

In May, after a local NBC affiliate reported on the exchanges between Bergman, Sullivan, and university officials, several other CCSU faculty members weighed in. Six of Bergman’s colleagues in the history department, including the interim department chair, wrote an open letter criticizing the views expressed in his message to the superintendents and asserting that his “opinions about the schools’ curriculum, if he wanted to express them, should have been delivered as a citizen, not as a professor of history opining in an area where he lacks expertise.” The professors all signed the letter with their names and faculty titles.

FIRE has seen this sort of tactic before. Colleges and universities have unduly restricted the speech of faculty and student-employees on matters of public concern under the guise of preventing them from speaking on behalf of the university.

A report by the National Association of Scholars quoted various other CCSU faculty members’ criticisms of Bergman’s email. Professor Kristine Larson, for instance, complained that “Dr. Bergman has been publicly spouting his offensive personal politics for years, always hiding behind the protective curtain of a private citizen’s rights under the First Amendment.” She claimed that Bergman “crossed the line” by using his CCSU email account and noting that he is a history professor at CCSU. Larson said Bergman “does not speak for us – he should stop misleading others into believing that he does.”

The issue here lies not with the criticism of Bergman’s expression. As sure as Bergman’s message to the superintendents was protected by the First Amendment, so were his critics’ condemnations of that message. And Bergman, in turn, has every right to respond to his critics. This exchange of views is what the First Amendment contemplates.

But the reactions to Bergman’s email are troubling in other ways.

First, note that Sullivan, the public school superintendent, didn’t raise his disagreements with Bergman’s views in a letter to Bergman. Instead, Sullivan wrote a letter to Bergman’s superiors claiming that his email was “extremely inappropriate” and that he “overstepped boundaries.” What exactly did Sullivan want or expect university administrators to do with this information? It’s hard to escape the conclusion that he was nudging them to take action against Bergman merely for saying things that Sullivan found offensive.

What Sullivan calls Bergman’s “blatant attempt to force his ideology on public schools” is more reasonably described as a straightforward exercise of his freedom of speech and First Amendment right to petition the government. Bergman, a single individual who has no control over the curriculum of any K-12 public school in Connecticut, did not “dictate” or “force” any school districts to do anything. He tried to persuade them with arguments, which Sullivan and the other superintendents were completely free to (and did) reject. Exhorting public officials to take or not take a specific action, or to shape public policy in a certain way, is a fundamental right essential to any representative democracy. And for a public official to respond to a citizen who raises concerns about government policy by reporting him to his employer is egregious.

Second, Sullivan wrongly suggested — and various faculty members plainly asserted — that Bergman was speaking not as a citizen but as a university or faculty representative. They are of course free to voice that opinion, but it is mistaken and discouraging to the extent it tries to give the university an “out” to punish Bergman. While the university has a legitimate interest in preventing employees from speaking on its behalf without permission, nothing that Bergman said suggested he was speaking for anyone else. Bergman’s name was the only one that appeared at the bottom of the email, and no reasonable person would read his message as anything other than an expression of his personal views.

The law is clear: Faculty members at public universities have a right to speak as citizens on matters of public concern, no matter how greatly their speech offends or annoys others.

Yes, Bergman used his university email account and identified himself as a professor, but it is hardly uncommon for faculty to use their school email accounts for personal business or to mention their academic affiliation when speaking publicly. You don’t have to look far for another example of this: In their open letter condemning Bergman, all six history professors identified themselves as CCSU faculty. Yet, nobody accused them of speaking on behalf of the university because, as with Bergman’s email, it’s obvious they were not purporting to represent others’ views. Another professor who was highly critical of the content of Bergman’s message rightly acknowledged that Bergman’s “chosen method of outreach was not, in my opinion, inappropriate.”

FIRE has seen this sort of tactic before. Colleges and universities have unduly restricted the speech of faculty and student-employees on matters of public concern under the guise of preventing them from speaking on behalf of the university.

To CCSU’s credit, recent reports indicate that Bergman is not facing discipline for his speech. But the university’s response to Sullivan disappointingly made no mention of its faculty members’ freedom of speech and academic freedom. Universities should vigorously defend and support the expressive rights of their faculty.

The law is clear: Faculty members at public universities have a right to speak as citizens on matters of public concern, no matter how greatly their speech offends or annoys others. Sometimes critics, apparently frustrated that they cannot use the coercive power of the state to silence people they disagree with, accuse a speaker of “hiding behind the First Amendment.” Perhaps they also think that criminal suspects who demand legal representation are “hiding behind the Sixth Amendment.” But there is nothing shameful about invoking your constitutional rights. And those who lament the constitutional protection of others’ speech should appreciate that the viewpoint-neutral application of First Amendment principles is to everyone’s benefit.