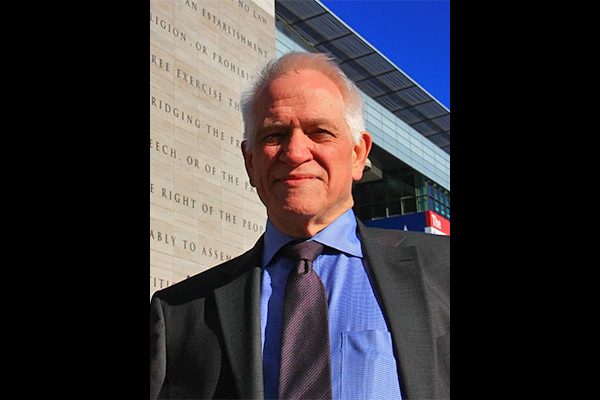 Florida has placed itself at odds with the well-settled First Amendment rule prohibiting government officials from “subjecting an individual to retaliatory actions . . . for speaking out.” Hartman v. Moore, 547 U.S. 250 (2006).

At the urging of Governor Ron DeSantis, the Florida legislature voted last week to revoke special tax district status for The Walt Disney Company that was granted in the late 1960s to clear the way for the construction of Disney World. DeSantis called for the repeal of the Reedy Creek Improvement District, which since 1967 has allowed Disney to self-govern its 250,000-acre theme park complex. DeSantis signed the measure on April 22, and it is set to go into effect in June 2023.

The reason for this action is no mystery: DeSantis advocated repealing the special tax district after Bob Chapek, Disney’s CEO, announced the company’s opposition to House Bill 1557, the Parental Rights in Education bill, widely dubbed the “Don’t Say Gay” bill in the culture war over education policy.

The controversy began on March 9, after Chapek announced the company’s opposition to the bill. When DeSantis signed it into law on March 28, Disney’s response was direct: The legislation “should never have passed and should never have been signed into law,” adding, “[o]ur goal as a company is for this law to be repealed by the legislature or struck down in the courts, and we remain committed to supporting the national and state organizations working to achieve that.”

That was too much for DeSantis, who wrote in a fund-raising email, “[i]f Disney wants to pick a fight, they chose the wrong guy. I will not allow a woke corporation based in California to run our state.” He then cleared the way for the legislature to take up the tax district repeal measure in a special session. Upon signing the measure, he added “I’m just not comfortable having that type of agenda get special treatment in my state.”

Not quite. The question is not whether Disney has a “right” to some special tax status; it is whether government officials may use the power of the state to punish a corporation for speaking out on political issues.

The Supreme Court has long held that “even though a person has no ‘right’ to a valuable governmental benefit, and even though the government may deny him the benefit for any number of reasons, there are some reasons upon which the government may not rely. It may not deny a benefit to a person on a basis that infringes his constitutionally protected interest, especially his interest in freedom of speech.” Perry v. Sindermann, 408 U.S. 593, 597 (1972). This principle has been applied in a wide variety of contexts, including the withholding of special tax status. In Speiser v. Randall, 357 U.S. 513 (1958), for example, the Court struck down a California law that required veterans to sign loyalty oaths in order to qualify for property tax exemptions. As Justice William Brennan wrote for the majority, “discriminatory denial of a tax exemption for engaging in speech is a limitation on free speech.” Id. at 518.

No one could plausibly suggest that Governor DeSantis could condition Disney’s ability to do business in Florida on making contributions to his campaign or on a commitment to publicly support his legislative agenda.

Various cases have touched on the type of retaliatory behavior going on in Florida. In Perry, for example, a community college professor was not rehired after his contract lapsed because he took public positions critical of the Board of Regents and testified before the Texas legislature. The Court held that he could bring his First Amendment claim even though he had no contractual or tenure “right” to reemployment. 408 U.S. at 597-598. The Court has extended this line of authority to independent contractors who do business with the government. In Board of County Commissioners, Wabaunsee County, Kansas v. Umbehr, 518 U.S. 668 (1996), the Court held that the First Amendment was violated when a county terminated its trash-hauling contract with a contractor after he spoke at Board meetings and wrote critical editorials and letters in local newspapers. In another opinion issued the same day, the Court held that the government could not cancel a towing service contract because the contractor supported the mayor’s opponent in the preceding election. O’Hare Truck Service, Inc. v. City of Northlake, 518 U.S. 712 (1996).

None of these decisions questioned the government’s broad authority to manage governmental affairs or to do business with corporations on widely varying terms. Rather, they all applied the underlying principle that the government cannot use indirect means to achieve what it could not do directly. Perry, 408 U.S. at 597.

No one could plausibly suggest that Governor DeSantis could condition Disney’s ability to do business in Florida on making contributions to his campaign or on a commitment to publicly support his legislative agenda. Likewise, it would have been equally unconstitutional for Florida to have attached such conditions to the creation of the Reedy Creek Improvement District back in 1967. The same goes for revoking the tax district status simply because Disney publicly disagreed with the governor.

The Constitution does not give license to politicians to use the machinery of government to reward those willing to mouth the party line or to punish those who refuse to do so.

Of course, this is not the first time the Florida legislature has been induced to pass comically unconstitutional legislation in service of a political agenda. Just last year, it adopted Senate Bill 7072, a bill to require large social media platforms to operate as common carriers subject to a host of poorly-drafted mandates. As Governor DeSantis said in his signing statement, “Day in and day out, our freedom of speech as conservatives is under attack by the ‘big tech’ oligarchs of Silicon Valley. But in Florida, we said this egregious example of biased silencing will not be tolerated.”

The federal district court preliminarily enjoined the law, which it described as “an effort to rein in social-media providers deemed too large and too liberal.” It found the objective of “[b]alancing the exchange of ideas among private speakers” is “not a legitimate governmental interest,” and that the law was a content-based and viewpoint-based measure that failed strict scrutiny. NetChoice LLC v. Moody, 546 F. Supp.3d 1082, 1093-96 (N.D. Fla. 2021). The case currently is on appeal, and will soon be argued in the Eleventh Circuit.

Say what you will about the Parental Rights in Education bill, whether you call it by that name or by the derisive tag “Don’t Say Gay” bill. That law, and a host of other education bills, are part of an ongoing national debate, and corporations are an important part of that conversation. More than 150 companies (including American Airlines and Marriott) signed a Human Rights Commission letter opposing the Florida legislation.

Increasingly, corporations are taking positions on public issues and are met with threats of political payback when they do so. In 2021, Delta Airlines voiced opposition to Georgia’s restrictive voting laws, which led to calls from legislators to raise taxes on the airline. And in Texas, legislators have threatened to prevent Citigroup from underwriting municipal bonds because of its policy of paying for out-of-state travel for employees to obtain abortions.

These debates — and others to come — will be diminished if Florida is allowed to leverage the power of government to undermine the ability of corporate citizens and others to participate. Fortunately, under well-established First Amendment doctrine, which includes protections for corporate speech, the courts should make short work of Florida’s authoritarian power play.