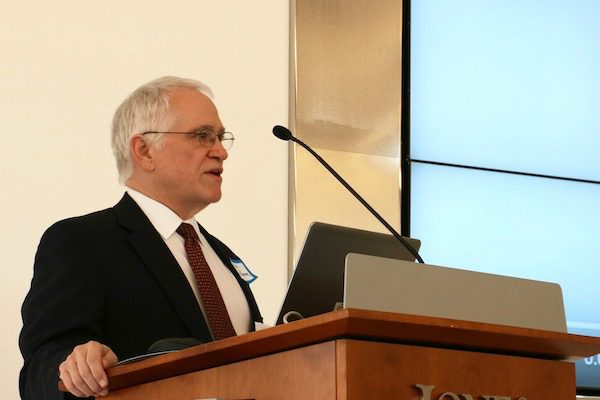 This is the second installment of a two-part essay by Robert Corn-Revere. The first part of the essay was titled “Can the President Treat the Press as the Enemy of the People?” (FAN 201.2).

The Retaliator in Chief: The Case Against Donald J. Trump

The Office of the President and the press have an adversarial relationship, and that is as it should be. In fact, it is that way by design. The Framers specifically included First Amendment protections for the press as a necessary check on government power. The press is the only private institution named in the Constitution and Bill of Rights as an integral part of the system of checks and balances. Presidents and other government officials are free to criticize the press — and they do — but they lack any legitimate authority to use government power to undermine news organizations or punish reporters for unfavorable coverage.

As detailed in my previous essay, such abuses occur. However, most historic examples of presidential efforts to muzzle the press through misuse of official powers escape judicial scrutiny because these abuses are not discovered until years — often decades — after the fact. Most presidents take pains to conceal their illicit efforts to subvert the press because they understand constitutional limitations and seek to avoid disclosure of what they know to be shameful and illegal behavior. But their misdeeds later come to light in memoirs, biographies, historical studies, and occasionally in congressional investigations, as with Watergate.

Not so with this Administration. President Trump reveals his illegitimate censorial motives almost daily; he announces who he plans to punish and boasts about it after he has done so. The President’s frequent tweets are confessions; his outbursts at innumerable rallies confirm his illicit intent. From the earliest days of his presidential campaign to the present, President Trump called the press the “enemy of the people.” He labeled any unfavorable coverage “fake news.” He singled out news organizations and individual reporters for particular abuse. And he labeled it “frankly disgusting the way the press is able to write whatever they want to write,” adding ominously “people should look into that.”

The President and others in his Administration have declared war on all but the most fawning news organizations. They exhibit their antagonism in an almost daily barrage of tweets, press statements, and directives. And the Administration’s attacks on the press have not been limited to just talk. The President has engaged in conduct intended to retaliate against specific news organizations and journalists whose reporting he dislikes. The retaliatory acts include:

Journalists who work for the targeted organizations, and all journalists who report on the President or his Administration, face credible threats of government retaliation for carrying out the duties of their profession.

The natural province for judicial action

The law is clear that “a public official who tries to shut down an avenue of expression of ideas and opinions through ‘actual or threatened imposition of government power or sanction’ is violating the First Amendment.” In this case, President Trump’s many statements, made both as a candidate and once in office, illustrate his manifest purpose to retaliate for what he perceives to be unfair or unfavorable press coverage. They reveal the “official” explanations for actions targeting the press are pretextual, and show the actual purpose is to punish or intimidate those who question the Administration’s policies.

Such statements are relevant to assess the constitutionality of President Trump’s actions even in areas of expansive executive authority, such as control over immigration, an area considered “largely immune from judicial control.” Trump v. Hawaii, 138 S. Ct. 2392, 2417-18 (2018). The Supreme Court has held that such statements permit reviewing courts to “look behind the face” of an official action to determine the President’s actual purpose. (Id. at 2420) But while the President’s initiatives may survive scrutiny in areas where executive authority is at its zenith and is subject only to rational basis review, such is not the case where his purpose is to retaliate against an adversarial press protected by the First Amendment.

Using governmental authority to retaliate against the exercise of rights of free speech or press is never legitimate. Heffernan v. City of Paterson (2016). “Official reprisal for protected speech ‘offends the Constitution [because] it threatens to inhibit exercise of the protected right.’” Hartman v. Moore (2006) (quoting Crawford-El v. Britton (1998)). The First Amendment thus “prohibits government officials from subjecting an individual to retaliatory actions . . . for speaking out.” (Id.) Even seemingly neutral actions violate this constitutional rule where circumstantial evidence demonstrates it was motivated by content or viewpoint. Stevens v. N.Y. Racing Ass’n, Inc. (E.D.N.Y. 1987). This constitutional principle prohibits the government from denying or revoking privileges to which a person does not necessarily have a “right,” such as a tax exemption, a security clearance, or access to White House briefings, when motivated by a retaliatory purpose. Perry v. Sindermann (1972).

Where the President’s own words and actions reveal a manifest intent to intimidate and punish the press, it is the government’s burden to show its actions were not for a retaliatory purpose. Mt. Healthy City Bd. of Ed. v. Doyle (1977). When such criticism “transforms into an attempt to use the powers of a governmental office to intimidate or to discipline the press or one of its members because of what appears in print, a compelling governmental interest that cannot be served by less restrictive means must be shown for such use to meet Constitutional standards.” Borreca v. Fasi, (D. Haw. 1974).

This is the natural province for judicial action — to constrain executive power when it exceeds constitutional bounds. It is particularly vital when the President seeks to undermine the independence of the press, because “[o]nly a free and unrestrained press can effectively expose deception in government.” New York Times v. United States (1971) (Black, J., concurring).

An old but true idea

For all of these reasons, PEN America filed a lawsuit seeking a declaratory judgment that President Trump’s retaliatory acts to punish or intimidate journalists violate the First Amendment, and injunction barring him from directing any officer, employee, agency, or other instrumentality of the United States government to take any action against any person or entity to retaliate for the exercise of First Amendment rights. PEN American Center, Inc. v. Trump (S.D.N.Y.).

It is an old but true idea, one echoed by Justice Hugo Black in the Pentagon Papers case: “The press is to serve the governed, not the government.” Those are the marching orders of a fearless press and an independent judiciary sensitive to that freedom.