FIRE > Newsdesk > Top Story > San Diego State claims to have evidence justifying its removal of a professor for referencing slurs in teaching linguistics. Let’s see it. 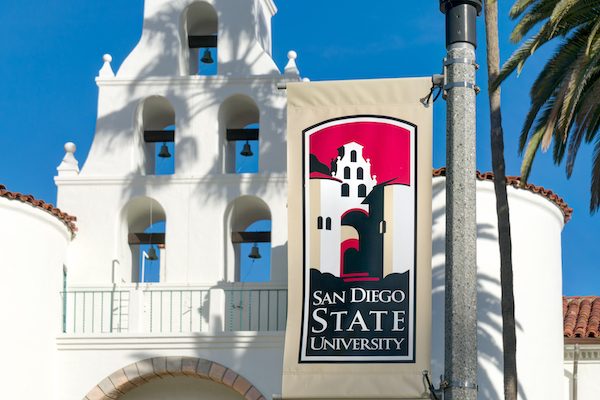 After San Diego State University failed to substantively respond to FIRE’s letter concerning its reassignment of professor J. Angelo Corlett for quoting slurs while teaching the use-mention distinction, Corlett’s attorney sent the university a letter yesterday calling for it to honor Corlett’s First Amendment right to academic freedom and return him to his classes.

Attorney Arthur Willner of Leader Berkon Colao & Silverstein now serves as Corlett’s counsel through FIRE’s Faculty Legal Defense Fund. FLDF offers legal assistance to protect freedom of expression and academic freedom for faculty at public colleges and universities by connecting them with representation at no cost.

As we previously reported, Corlett, a philosophy professor, led a class discussion on March 1 about the use-mention distinction and the concept of what he has termed “offensiphobia” in his Critical Thinking and Composition class. As part of the lesson, Corlett quoted racial epithets, as he explained in a recent open letter, to discuss the practice of using coded language when referring to specific slurs.

That evening, College of Arts and Letters Dean Monica Casper told Corlett he was being “reassigned” from both his critical thinking and his Philosophy, Racism, and Justice courses based on student complaints. Alleging that Corlett was “not effective in the course,” Casper did not provide Corlett any prior notice or an opportunity to meaningfully respond to her assessment or the student complaints.

Unless this undisclosed information substantially alters our understanding of what happened in Corlett’s class that day, SDSU must return Corlett to his classes immediately

On March 8, FIRE wrote SDSU, explaining that the university’s reassignment based on the pedagogically relevant utterance of epithets violates Corlett’s academic freedom. When SDSU responded on March 11 claiming to possess relevant information that cannot be provided due to Corlett’s reassignment being a “confidential personnel matter,” we quickly sent SDSU a privacy waiver signed by Corlett. Despite that, the university failed to further respond, even after we followed up on March 15 asking when we can expect further information or any justification for Corlett’s reassignment.

Yesterday, Willner wrote University Counsel Kelly Bendell to urge the university to do the right thing, explaining that the “fact that some students in a class might take offense at certain speech in no way strips the instructor of this constitutionally protected right” to free speech and academic freedom. The letter continues:

To the contrary, the law is clear that the purpose of these constitutional protections is to allow faculty the freedom to teach their coursework without the fear of sanction. To suggest otherwise would chill faculty speech by providing anyone in the class who takes offense with a “heckler’s veto,” thereby violating the instructor’s right to academic freedom and depriving the other students of their right to a vigorous learning experience.

This is correct. Academic freedom gives faculty vital pedagogical leeway in determining how to navigate challenging issues in class. That freedom is not contingent on the approval of students who may be offended by certain course content.

The willingness of universities to either ignore or actively participate in the violation of the free speech rights of faculty, students, and other speakers based on the complaints of allegedly offended listeners has become a well reported national embarrassment. SDSU, whose published policies express the commitment to academic freedom as a “core value,” has the opportunity in this case to show its actual support of that principle. We demand that SDSU rescind Dean Casper’s directive and permit Professor Corlett to resume teaching the courses from which he was removed and that SDSU publicly acknowledge that his speech was protected.

Willner also challenged the due process failings in SDSU’s handling of the matter.

We hope a full response from SDSU is forthcoming, including a discussion of the additional information the university believes justifies Corlett’s reassignment but has thus far refused to share. Unless this undisclosed information substantially alters our understanding of what happened in Corlett’s class that day, SDSU must return Corlett to his classes immediately and reaffirm to all faculty their First Amendment rights remain intact.