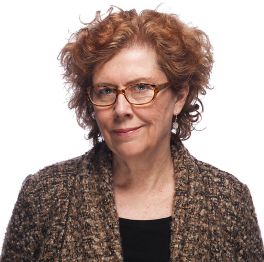 In a statement, college President Jill Stearns asserted, “There is absolutely no requirement that a student register weeks in advance and hand out his literature only in a small marked area.” But a security guard and staff binder suggest otherwise. The very fact that a campus has a two-person free-speech zone troubles Robert Shibley, vice president for theFoundation for Individual Rights in Education (FIRE), which has aided Van Tuinen in the free-speech lawsuit he filed against the college.

“We’re seeing a lack of a sense of proportion,” quoth Shibley, “and frankly a fundamental fear of free speech that is very disturbing to see in higher education.”

MJC administrators’ lack of appreciation for students’ First Amendment rights is troubling, and Saunders finds the result a bit ironic:

It’s 2013 – college staff should understand the sanctity of free speech. Instead, they only saw procedures set out in overly nuanced language burped out of committee based on bland advice from an academic league. Oddly, it seems the policy’s goal was to avoid controversy, not accommodate the exchange of ideas.

Read the rest of Saunders’ article in the San Francisco Chronicle.