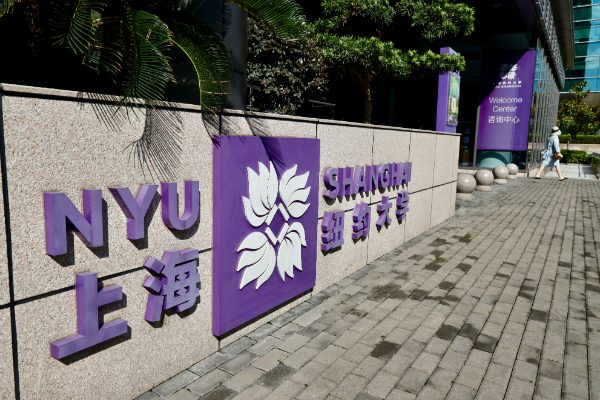 Between the Great Firewall, the disappearances of dissidents, and re-education camps for Uighurs, China’s relationship with freedom of expression is one of the worst in the world.

How can a country that seeks to maintain such a tight grip on the thoughts and words of its citizens succeed in higher education, which can only flourish when academic and expressive freedoms are respected?

Scholars at Risk makes clear, harassment, censorship, investigations, firings, prosecution, travel bans, and restricted access to materials are the reality for a number of scholars teaching and studying under the watchful eye of the Chinese Communist Party.

“Obstacles to Excellence: Academic Freedom & China’s Quest for World Class Universities,” a new report from international academic network Scholars at Risk, addresses the threats facing students and scholars in and adjacent to mainland China and the risks foreign universities must consider when operating joint academic ventures in the country.

The latter issue — what foreign universities risk or gain by opening satellite campuses or programs with Chinese institutions — is a pressing one as American universities continue to maintain or consider starting partnerships in China. After all, as Scholars at Risk makes clear, harassment, censorship, investigations, firings, prosecution, travel bans, and restricted access to materials are the reality for a number of scholars teaching and studying under the watchful eye of the Chinese Communist Party.

According to the report, the underlying framework for joint academic ventures in China can itself be problematic:

JVUs [joint venture universities] have independent legal status, allowing the two partners to jointly enter into legally binding agreements and, in theory, providing more balanced control over management decisions and academic programming. However, for the foreign partner in a JVU, there are some potential disadvantages. Government regulations stipulate that the JVU must be headed by a Chinese “president or principal administrator” who “love[s] the motherland,” and “possess[es] moral integrity.” This requirement can expose the venture to political considerations as the responsible Chinese person would be expected to place political loyalties above academic principles. A JVU must also reserve no fewer than half of the seats on its board of trustees for Chinese university partners. Boards of trustees are further subject to the approval of state authorities.

And while the likelihood of self-censorship, “problematic power dynamics, efforts to infuse Party politics in university governance, and restrictions on academic freedom” tends to be “limited” at joint ventures, it remains a troubling possibility for all academic institutions in China.

Another obvious issue is access to information. A 2016 US Government Accountability Office study found that at least seven of twelve American joint ventures surveyed “lacked uncensored access to the internet.” One institution admitted that “state authorities required them ‘to track and maintain records for several months of faculty, student, and staff internet usage.’”

Importantly, though, SAR concludes that “[d]espite some constraints on internet freedom, libraries at JVUs and JVIs appear to offer scholars and students a wider selection of physical materials, including books that might be banned outside a joint venture’s walls.”

Ultimately, academic freedom at foreign academic ventures in China (and other repressive regimes) is a story of give-and-take: Because of political realities in China, universities must undoubtedly sign away some freedoms they would likely protect at home, but they may also be able to provide somewhat more free and open academic experiences than would otherwise exist in mainland China.

Regardless, some universities have reached the conclusion that threats to human rights, academic freedom, and freedom of expression are simply too costly to be worthwhile.

When it comes to pursuing these programs, Scholars at Risk calls on leaders in higher education to “venture responsibly and with care for academic freedom and human rights in their partnerships in China”:

This starts with ensuring transparency and accountability in their international partnerships, including by consulting with faculty, staff, and students before and throughout these processes; making publicly available institutional agreements and policies, as appropriate; and providing meaningful mechanisms for students, faculty, and staff participating in joint venture offerings to safely report and seek assistance in response to violations of academic freedom and other core university values.

When incidents occur and tensions over these partnerships rise, universities must take equal care in evaluating the types of harm experienced, if any, by various stakeholders; the impact of these incidents and issues on the campus and off-campus communities; and the university’s agency related to the particular concern.

Universities should then carefully assess potential responses, according to their benefits, risks, and costs to all stakeholders.

FIRE shares a number of Scholars at Risk’s concerns about the risks of joint ventures in authoritarian countries. We encourage American universities to sign FIRE’s “Commitment to Campus Free Expression at Home and Abroad,” acknowledging that transparency is vital to international academic agreements and stating that the rights of students and faculty will be prioritized in such partnerships.