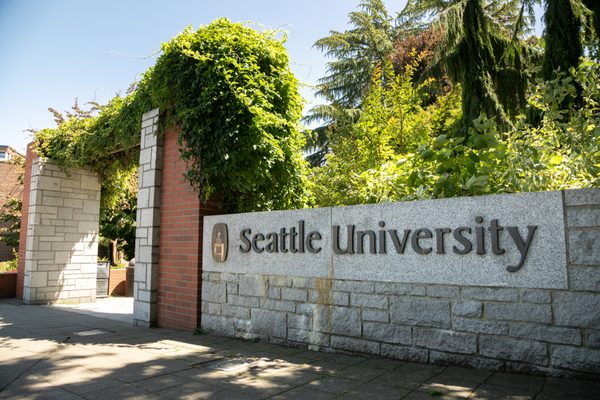 Last month, FIRE asked Seattle University School of Law to clarify whether it was allowing its student government to discriminate against student groups based on their viewpoints.

Today, FIRE got its answer.

Although the law school did not respond directly to FIRE, SU Law Dean Annette Clark clarified to First Amendment News that it will not permit students to implement viewpoint-discriminatory policies. Instead, Clark said the law school’s Student Bar Association — its student government — intends to pass legislation making clear that the certification of student groups is “objective and content-neutral.”

SU Law may not have an obligation to respond to FIRE, but it certainly should respond to its own students, especially when they fear that they will lose their rights to association at the law school.

This situation arose from a student’s demand that the law school’s Federalist Society chapter get its recognition revoked because it refused to denounce Sens. Ted Cruz and Josh Hawley after they objected to the certification of the 2020 presidential election. In response to the demand, Kristin DiBiase, the law school’s associate dean for student affairs, said in an email “the decision on your request is not mine to make” and forwarded the request to the SBA.

After the SBA forwarded the request to its Judicial Board, the student who wanted the club’s recognition revoked said he was working with other students to enact a policy to “make a formal commitment to condemning white supremacy, anti-blackness, homophobia, transphobia, xenophobia, racism, sexism, and ableism.”

Afton Gregson, an SU Law student and the president of the law school’s Federalist Society chapter, explained to First Amendment News, the issue with SU Law’s decision to delegate authority to the SBA.

“Make no mistake: Without itself taking a position, the law school should absolutely support this student’s right to share his opinion that SU’s Fed Soc chapter is a painful and triggering presence on campus,” Gregson said. “What is alarming is the administration’s failure to notice the obvious problem with deferring the decertification decision to the student-run SBA Judicial Board — a group made up of students who largely share the political and philosophical viewpoints of the petitioner.”

But Clark told First Amendment News that viewpoint discrimination didn’t happen — and SU Law would have intervened if it had:

At no time during these events has the Federalist Society ever been subject to, or in danger of, removal as a certified student organization on the Seattle U campus; nor has that group or any other ever been pressured or required by the SBA or the Seattle U Law administration to adopt any particular stance or viewpoint. Our approach to this conflict was to provide a learning opportunity for our law students as they worked through how to navigate differences of viewpoint. The SBA leadership resolved this matter appropriately and in a timely manner, but had they not, the administration was prepared to step in.

SU Law has dodged questions from FIRE and Gregson — who asked DiBiase to clarify that students cannot overrule institutional commitments to free expression — regarding whether the administration would protect its students from viewpoint discrimination, which violates the law school’s commitments to free expression. FIRE and Gregson never heard back.

While good to know that the chapter will not be compelled to speak, the comparison here is inapposite: FIRE was asking this question precisely because SU Law wasn’t answering Gregson’s. SU Law may not have an obligation to respond to FIRE, but it certainly is obligated to respond to its own students — especially when they fear that they will lose their rights to association at the law school.

Although the law school should have clarified this situation sooner, FIRE commends SU Law for ultimately affirming its commitment to protect students’ associational and expressive rights. We will continue to ensure that SU Law — and other private institutions across the country that promise students expressive rights — keep their promises.