Professors are important allies in implementing speech-protective policies on campus. We asked University of Wisconsin-Stout philosophy professor Timothy Shiell, who worked with FIRE to improve his university’s speech codes, about his work and how other professors can bring about similar changes on their campuses.

Tell us a bit about your background as an academic and faculty member at UW-Stout. What is your area of specialty? What courses do you teach? 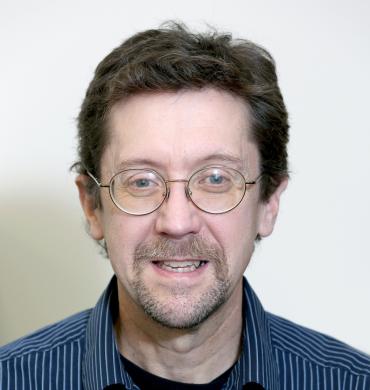 I was hired at UW-Stout in 1992.  I am a professor of philosophy, mainly teaching introductory ethics and business ethics.  My interests lie at the intersections of ethics, politics, and law. Given my scholarly interests and the era I came into academia, I quickly got interested in the campus hate speech code debate, doing several conference presentations and a newsletter article before publishing Campus Hate Speech on Trial in 1998 with a revised second edition released in 2009.

You’ve been involved in efforts on your campus to defend free speech, including revising speech codes. Can you tell us a bit about how you did it?

I have found it necessary to operate through both official and unofficial channels. The official channels include department and university personnel committees, various policy committees, and our Faculty Senate. Unofficial channels include politicking strategies, consulting visits, and private meetings. With advice from FIRE, I was able to correct all five of Stout’s “red light” university expression policies through our First Amendment Protocol Committee.  It is worth noting that this committee was formed in the aftermath of the notorious “Firefly Poster” incident in 2011 in which FIRE and people on campus campaigned to stop the administration from censoring a faculty member’s expression. Another example worth mentioning is heading off an attempt by some faculty and administrators to adopt a new collegiality policy that would have made it the “fourth rail” in faculty performance evaluation.  Working through official and unofficial channels, I was able to rally support for adoption of the AAUP policy on collegiality. Our Faculty Senate adopted the AAUP policy almost unanimously. There are so many other examples.

Why did you get involved in campus speech issues?

My interest in protecting rights and due process goes back to my childhood reading Mike Royko’s syndicated newspaper columns! As a graduate student at the University of Iowa I began to realize strong academic freedom and free speech protections are essential to the academy and are too often misunderstood or undervalued, so these became my areas of greatest professional specialization during the late-1980s to 1990s campus hate speech debates. I actually thought initially that regulation of hate speech was a feasible and desirable way to go. It didn’t take long for me to realize that was a mistake.Probably the key events were the 1989 Doe v. University of Michigan and 1991 UWM Post v. University of Wisconsin Board of Regents cases and a conference I attended for affirmative action officers. There are many reasons to oppose broad campus speech restrictions, but the most obvious is that they mean anyone who does any kind of controversial research, teaching, or service can face severe penalties, often with little or no due process.

What role do you think faculty members should play in defending free speech on campus? Do you have any advice for faculty who are looking to become free speech advocates?

Faculty members (and students) play a vital role in defending free speech and academic freedom. This is evidenced both during the 1990s campus hate speech code controversies and more recent controversies. Organized and widespread resistance to censorship can keep it in check. On the other hand, when faculty and students are apathetic or even support censorship — as happens too often these days — they become part of the problem instead of part of the solution. This is one reason why the work of university and private organizations promoting the understanding and appreciation of free speech and academic freedom is so important. FIRE has been a critical ally to many faculty and students across the country, including me. And I am fortunate to now direct UW-Stout’s civil-liberty focused Center for the Study of Institutions and Innovation which supports free speech and related education and training at about twenty Wisconsin universities and colleges.

My advice to others looking to stand up for free speech is (1) get smart and (2) be brave.  To win battles, you need to know more than censors and be able to out-strategize them. You also need thick skin and a passion for the job because you will face powerful and determined censors who sometimes resort to name-calling, pressure tactics, and other dirty tricks to get their way.

In July, FIRE released its report on art censorship and one of the cases in the report occurred at UW-Stout. The chancellor removed two historical paintings of the fur trade because of a potential “harmful effect.” What are your thoughts on how the situation was handled, and what do you think that signaled about the climate of free expression at the university? (You can read the full report here.)

I have two main complaints about the Cal Peters Affair.  First, the process was badly flawed. When the initial complaint about the paintings was made, the chancellor asked for a recommendation from our campus diversity committee.  No other committee, including the First Amendment Protocol Committee, was asked for input. Also, the process (mostly unannounced and not open to the public) occurred during the summer, so the vast majority of faculty and students did not even know about the issue until it was already settled.  Second, our counter-recommendation that the artwork remain where it was but be supplemented with contextual information, various interpretations of the paintings, and additional artwork representing the diversity of UW-Stout was rejected without any discussion. What a shame. Stout had an opportunity to celebrate free expression and diversity, but instead quarantined the two paintings thereby stifling both free expression and diversity.  The whole discussion was warped by the false and nonsensical accusation that anyone who supported display of the paintings was racist.

The affair signaled two things about the campus climate to me.  First, it indicated the chancellor, while scrupulous about respecting free speech legal rights, could be pressured into violating free speech principles and values when the law allowed it.  (The paintings are owned by the university, so it can place them where it wishes.) Second, it was a reminder that many faculty and students lack any real understanding or appreciation for free speech principles and why they are important.  The one constant in my thirty years of free speech scholarship and activism is the recurring threat posed by censorship, closed minds, and intolerance.

You’re currently working on a book about the First Amendment. Can you tell us a bit about your research? Has your activism on campus influenced your research at all, or vice versa?

In 2019, SUNY Press will be publishing African Americans and the First Amendment.  It is an argument for robust liberty (esp. free speech) and racial (and other) equality, an attempt to expose the flaws in the view that liberty and equality are in some kind of essential conflict and we must restrict liberty to achieve equality.  The topic grew directly from my activism on my campus and beyond as I run up against the pernicious idea that free speech is the enemy of racial equality. I show through an in-depth examination of Africans Americans (and other minorities and historically disadvantaged groups) that robust free speech is their best friend, not their enemy.  There are conflicts between free speech and equality just as there are conflicts between best friends, but on balance and in the long run, the evidence is overwhelming that robust free speech — not censorship — is the best bet to produce further gains in equality. The book is organized historically, addressing the relationship between liberty and equality from the colonial era to the early 20th century, the two pivotal Angelo Herndon cases in the 1930s, the Civil Rights Era, and the post-Civil Rights Era, especially with regard to hate speech.

How has FIRE been helpful to you in your campus activism and/or your research?

As indicated in many of my previous answers, FIRE has been integral to my activism, probably since the mid-2000s.  In more recent years, it also has been helpful to my research as it has expanded into scholarly areas. For example, FIRE Vice President of Policy Reform Azhar Majeed’s multiple law review articles have been excellent. I was particularly impressed by his piece on administrators losing qualified immunity when their censorship, as it so often happens these days, is woefully negligent or intentionally flouts established law. For me, FIRE is the go-to organization. Its principled stance on expression protecting the rights of all — not just members of a preferred group — is what we need.

Editor’s note: Responses have been edited for clarity and length.