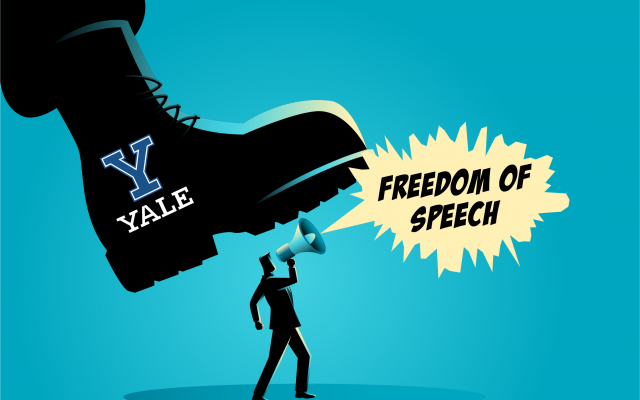 We don’t normally endorse the idea of pre-written apology notes. But we’re making an exception for Yale University.

On Wednesday, the Washington Free Beacon broke the story that Yale pressured a student to apologize for using the phrase “trap house” in a Constitution Day party invitation. After one of their Very ImportantTM meetings with the student, administrators provided him with a pre-written apology note to help him get started on atoning for his protected expression.

As my colleague Aaron Terr wrote in FIRE’s full analysis of the situation:

Throughout that first meeting, [Director of Diversity Equity & Inclusion Yaseen] Eldik and Associate Dean of Student Affairs Ellen Cosgrove pressured Colbert to “de-escalate” the situation by writing a public apology to his offended classmates. When Colbert said he instead preferred to speak individually with anyone who was upset by his email, Eldik responded that he didn’t “want to make our office look like an ineffective source of resolution.” He said an apology was “more likely to have this go away,” and he was worried about the incident “lingering” over Colbert’s reputation “not just here, but when you leave,” adding that “the legal community is a small one.”

He then left Colbert with these ominous words: “You’re a law student, and there’s a bar you have to take you know and it’s just, you know, we think it’s important to really give you a 360 view.”

If that sounds like a veiled threat to you, we agree.

Eldik ultimately sent the student a draft apology for the invitation, which the student declined to use. In the spirit of Eldik’s thoughtful gesture, FIRE offers a pre-written apology for Yale administrators to sign to its students whose speech rights they’ve violated: 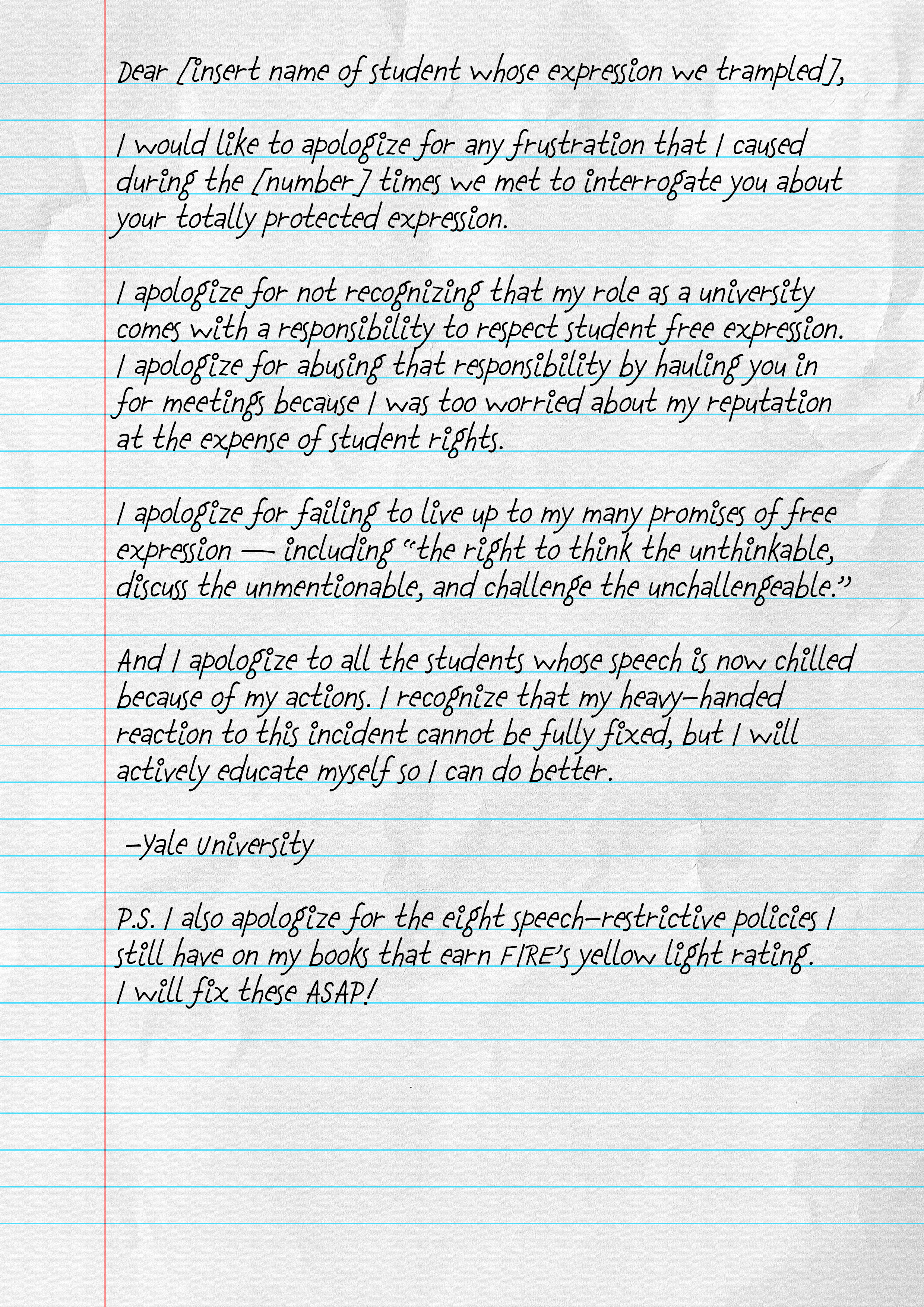