FIRE > Newsdesk > So To Speak > ‘So to Speak’ podcast: Free speech and the American Founding 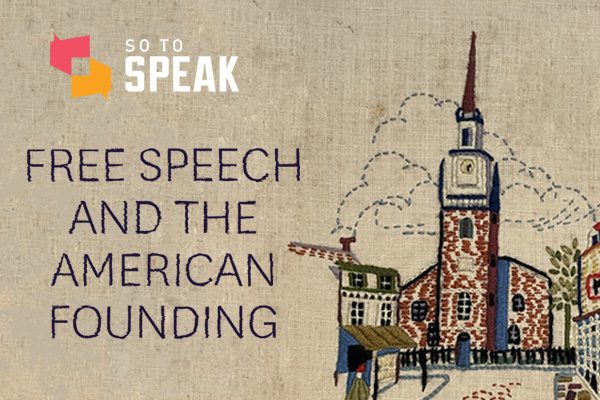 This Saturday, Sept. 17, is Constitution Day. It was on this day in 1787 that delegates to the Constitutional Convention signed America’s Constitution. And while the First Amendment was not ratified until 1791, discussions over the role of free speech and expression in a democratic society were alive long before then.

Pepperdine University professor and author Gordon Lloyd joins the show this week to explore how the American conception of free speech came to be, from the colonial era to the ratification of the Bill of Rights.

Drawing from over 40 years of research, Lloyd discusses examples of free speech and expression during the founding, ranging from 1641, when the Massachusetts Body of Liberties — the earliest known protection of free speech in the colonies — was published; to 1776, when free speech aided the decision to declare independence from Great Britain; to the late 1780s, when federalist and anti-federalist publications sparked, in Lloyd’s words, “the greatest pamphlet war the world has ever seen.”

Subscribe and listen to “So to Speak: The Free Speech Podcast” on Apple Podcasts, Google Podcasts, and Spotify, or download episodes directly from SoundCloud.