FIRE > Newsdesk > So To Speak > ‘So to Speak’ podcast: ‘Parental Advisory’ and music censorship with Eric Nuzum 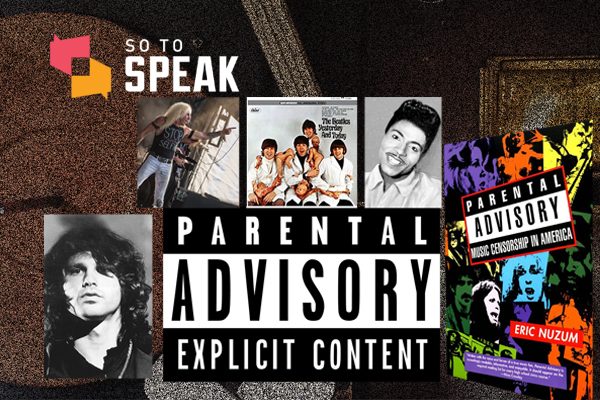 In this week’s episode of “So to Speak,” we focus on some of the notable cases of music censorship in America, the formation of the Parents Music Resource Center, and the lasting effects of the PMRC’s efforts on the music industry.

Author Eric Nuzum joins us to discuss his 2001 book, “Parental Advisory: Music Censorship in America.” Nuzum illustrates examples of music censorship ranging from the Reconstruction era, when Southerners were prevented from publicly singing pro-Confederate ballads, to 1967, when the network that aired televised live performances by The Doors and The Rolling Stones asked the bands to alter their lyrics. Nuzum also discusses the PMRC’s “Filthy Fifteen”; Senate hearings featuring John Denver, Frank Zappa, and Dee Snider; post-9/11 radio censorship; and more recent controversies involving the use of rap lyrics as evidence in criminal trials.

Subscribe and listen to “So to Speak: The Free Speech Podcast” on Apple Podcasts, Google Podcasts, Spotify, and Stitcher, or download episodes directly from SoundCloud.