FIRE > Newsdesk > So To Speak > So to Speak podcast: ‘Rap on Trial’ 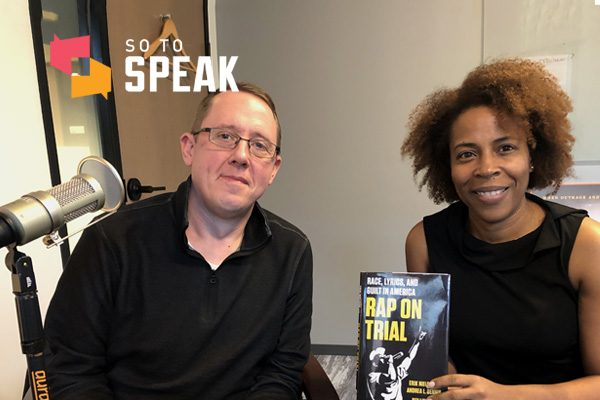 At a time when artistic expression has never enjoyed greater First Amendment protection, rap music has seemingly been left behind. Rap lyrics are routinely used as evidence by police and prosecutors to justify arresting and charging suspects for all manner of alleged crimes.

In their new book, “Rap on Trial: Race, Lyrics, and Guilt in America,” authors Erik Nielson and Andrea L. Dennis identify approximately 500 cases where the violent and aggressive themes within rap lyrics were used against defendants in court.

On today’s episode of So to Speak: The Free Speech Podcast, we speak with Nielson and Dennis about their book, in which they argue that no other form of creative expression — or genre of music — is treated the same way as rap by the law. “That’s why we call this book ‘Rap on Trial.’ It’s not art on trial. It’s not music on trial. It’s rap on trial.”

Read a transcript of the podcast.