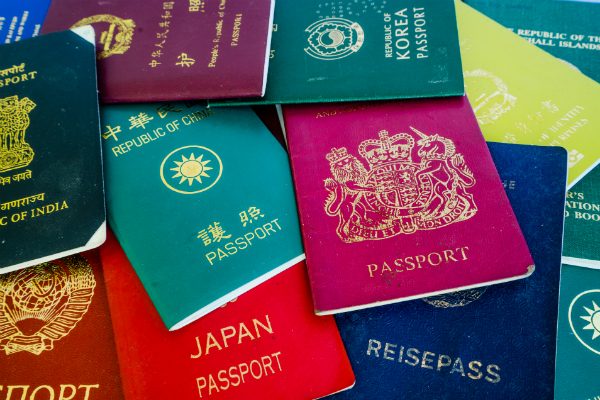 Earlier this year, FIRE and a coalition of civil liberties advocacy groups wrote to U.S. Secretary of State Michael Pompeo to express concerns following reports about a plan to vet Chinese students seeking to attend college in the United Students. The alleged proposal included “checks of student phone records and scouring of personal accounts on Chinese and U.S. social media platforms.”

Now, reports state that all visa applicants to the U.S. must “submit any information about social media accounts they have used in the past five years under a State Department policy” beginning on May 31.

This policy requiring submission of social media records poses the same threats to international students’ expression as those FIRE, the Electronic Frontier Foundation, PEN America, the National Coalition Against Censorship, and Defending Rights & Dissent objected to in our Feb. 11 letter to Pompeo about vetting of Chinese students. We wrote:

Prospective students may self-censor whom they talk to or what they say on social media out of fear that political discussion about China or the United States will harm their academic prospects—a result sharply at odds with our national commitment to academic freedom and free expression.

One of the greatest benefits of higher education in the United States is the freedom it offers all students to research, question, and criticize without undue government intervention. Surveilling the phone records and social media posts of prospective students unduly denies this freedom.

The chilling effect of the social media surveillance of Chinese students that we described now applies to all international students seeking a visa.

As Hina Shamsi, director of the American Civil Liberties Union’s National Security Project, told The New York Times about this “dangerous and problematic” policy: “Research shows that this kind of monitoring has chilling effects, meaning that people are less likely to speak freely and connect with each other in online communities that are now essential to modern life.”

Shamsi also noted that it was unclear how information gleaned from applicants’ social media accounts would be used. Such uncertainty could inspire applicants to fear that expression of viewpoints disfavored by the State Department could increase the likelihood that their visas will be denied, and choose to self-censor. After all, if you’re worried a comment could hurt your educational opportunities, you might reasonably conclude it’s safer to stay silent.

Concerns about the potential for viewpoint-based rejections of visas are not unwarranted. As FIRE discussed in April and May, two political figures were denied entry to the United States this spring ahead of campus speaking tours.

Palestinian activist and co-founder of the Boycott, Divestment, and Sanctions Movement Omar Barghouti and Palestinian politician and negotiator Hanan Ashrawi both allege that they were rejected access to the United States without explanation, despite possessing valid travel documents, before planned speeches at campuses including Harvard University and New York University.

Both believe they were denied access on political grounds, raising concerns that immigration restrictions are being used to impede open debate on U.S. campuses. Their allegations, if accurate, represent an abandonment of our nation’s commitment to free speech.

As we’ve expressed before, the greatest asset American campuses offer is the freedom available to students, both from the United States and abroad, to speak openly with peers and professors without fear of government censorship. Policies that chill the speech of students and activists seeking to speak or study at U.S. campuses undermine this vital benefit.