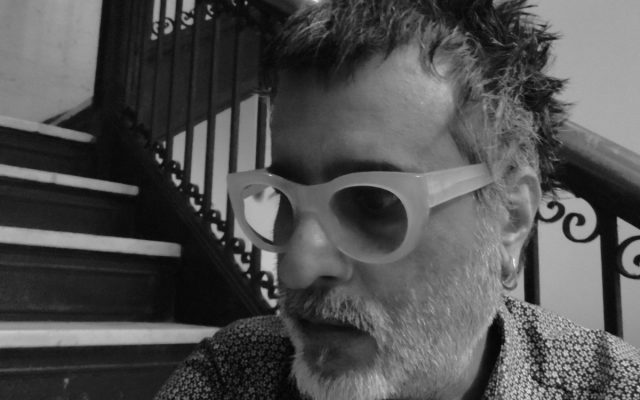 Amid a controversy last month over whether popular writing professor Aneil Rallin’s sex-related reading assignments were too “triggering” to teach, Soka University of America suggested its “Faculty Adjudication Committee” would review the issue and reach a just result.

But just two people on that committee showed up to vote. And they couldn’t agree.

By Soka’s own policies, there is nothing to investigate.

Now, in a clear affront to basic fairness, the tie-break goes back to Soka’s Interim Dean of Faculty, Michael Weiner, who first launched the investigation into Rallin’s course content. Weiner will make a recommendation to Soka’s president, who will have the final say.

Any neutral observer can see the lack of integrity in Soka’s play-acting at due process. While Rallin — a tenured three-time Soka “Professor of the Year” (who uses they/them pronouns) — waits to hear their fate, it’s worth reflecting on why this farce never should have begun in the first place.

Rallin was first alerted in April that they were under investigation after students allegedly complained that some assignments for WRIT 305: “Writing the Body,” were “triggering” and failed to create a “safe space.”

Rallin’s assigned reading and viewing materials in a course on “Writing the Body” allegedly made students feel “violated” and were “disturbing,” “triggering” and “vaguely pedophilic.” But as FIRE reminded Soka in a letter last month, all of Rallin’s course’s content — including pieces from widely read figures like Randa Jarrar, Samuel Delaney, Roxane Gay, and Isaac Baley — are protected by Soka’s very strong promises of academic freedom.

The two-member Faculty Adjudication Committee’s report, which focused on concerns about the Jarrar piece, resulted in one committee member finding Rallin “​​guilty of several of the causes for faculty dismissal” including “actions and behavior that exhibit moral turpitude or gross indifference to the well-being of others.” The faculty member also cited a student complaint that alleged Rallin had interfused personal values and beliefs with course instruction. The other member, however, concluded that Rallin’s teaching was protected, and that letters of support indicated Rallin provided uncomfortable students with alternative reading materials or “trigger warnings” before encountering the objectionable material.

FIRE once again calls on Soka to cease the investigation and publicly reaffirm its commitments to academic freedom.

“Although there is much empathy for the three students who appear to have been offended or were upset at the material discussed during the teaching of the course, the allegations set forth by the Dean of Faculty are not supported by the evidence,” that professor stated.

But with the committee of two in deadlock, that dean is now in charge of making the recommendation to Soka’s president on whether Rallin should be terminated.

And even though no faculty committee should be needed to determine whether professors like Rallin have the right to teach controversial topics (they very clearly do), should such a committee be formed, it must include more than two people.

While groups like the AAUP recommend faculty adjudication committees without suggesting a certain number of members, it should go without saying that a sufficient, odd number of faculty representing a cross-section of university scholars must be included.

Close your eyes and pick a point on a map. Any school found there, whether public or private, big or small, likely has a large faculty adjudication committee to ensure a fair verdict is reached in faculty disciplinary cases. For example:

You don’t need 21 professors on a panel to have a fair process, and having a large panel alone isn’t sufficient to guarantee one. But a panel of just two professors falls far short of what a fair faculty discipline committee should look like, given the high stakes, the chance of a split decision, as seen here, and an insufficient number of opinions to ensure the fairest possible outcome

The investigation into clearly protected teaching is unwarranted and improper

We’d be having a different conversation if both committee members had found in Rallin’s favor, or if, worse, both had found his punishment was warranted. But it’s a conversation we shouldn’t be having at all. Faculty adjudications are a necessary part of disciplinary processes where facts are in dispute, but here the facts are clear: By Soka’s own policies, there is nothing to investigate.

In FIRE’s May 11 letter to the university, we explained that the strong academic freedom promises Soka makes to its faculty protect Rallin’s right to discuss pedagogically relevant material in class — even if some students find the material objectionable. Those promises include a statement in the faculty handbook that Soka places “special emphasis” on the “values which are essential to its nature as an academic community. Among these are freedom of speech and academic freedom.”

Soka’s president must stand by the university’s commitments of academic freedom by finding that Rallin’s use of pedagogically relevant classroom material was protected and violated no university policies.

Now, FIRE once again calls on Soka to cease the investigation and publicly reaffirm its commitments to academic freedom. The university cannot reconcile its investigation of Rallin’s pedagogically relevant course materials with its pledges to faculty to uphold “a community ideally characterized by free expression, free inquiry, intellectual honesty, respect for the dignity of others and openness to constructive change,” as the faculty handbook establishes.

“It’s sad that the Soka president has still not publicly said anything about this racist queerphobia and attack on academic freedom at Soka, despite so many students and colleagues beseeching him to call off this investigation and uphold academic freedom at Soka,” Rallin said, adding that they would not be “shamed into silence” over the investigation.

What makes the situation even more suspicious was Rallin’s very recent criticism of the university in a co-authored journal article in 2021 arguing that Soka failed to sufficiently support BIPOC students. The proximity of these two events raises concerns that the university is retaliating against Rallin for criticizing the institution.

Soka’s president must stand by the university’s commitments of academic freedom by finding that Rallin’s use of pedagogically relevant classroom material was protected and violated no university policies. To do otherwise would unacceptably chill the speech of academics interested in challenging students to engage with controversial, and sometimes offensive, material.