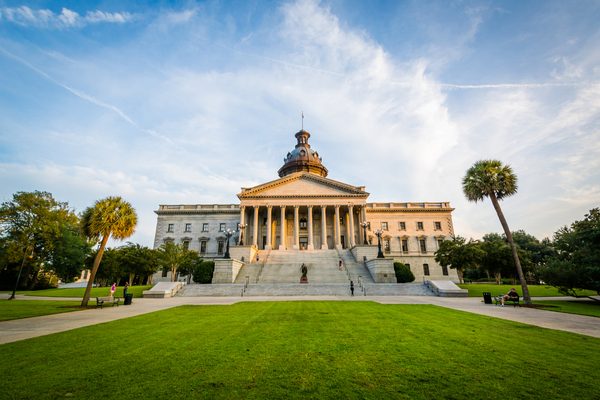 In Keyishian v. Board of Regents of the University of the State of New York, the Supreme Court of the United States declared academic freedom “a special concern of the First Amendment, which does not tolerate laws that cast a pall of orthodoxy over the classroom.” A bill currently pending in South Carolina’s state legislature, HB 3002, unwisely attempts to cast just such a “pall of orthodoxy.”

“[T]he State Superintendent shall prescribe suitable texts adapted to the needs of the high schools, universities and colleges,” the bill declares, “and shall include materials from the American Revolution Institute, Hillsdale College, the Heritage Foundation, and the Centennial History of the United States by James D. McCabe.”

HB 3002 raises significant academic freedom concerns in the context of higher education. (FIRE does not have a position on a legislature’s right to regulate K-12 curricula.) The bill seeks to regulate university teaching with unusual specificity and a lack of deference. It goes beyond ensuring relevant topics are regularly taught on campus and instead promotes an orthodoxy about how those topics should be considered and evaluated. The legislation also ties curricula to specific private organizations, a delegation of power that could result in unstable or inappropriate curricula.

If enacted, HB 3002 would shape the state college and university classroom with unusual specificity, whereas South Carolina law typically addresses curricula at a higher level of generality. More generalized instructions by the legislature best fit universities because universities are places for intellectual trial-and-error, academic exploration, and innovation — all of which require considerable latitude and flexibility in the classroom. (For example, the command “teach this topic” is far less restrictive than one that says “teach this text.”)

More general rules can function as a kind of quality control measure for the legislature by mandating that certain topics be covered in a program — nobody expects the legislature to allow a business school to suddenly start teaching medicine — while still protecting the ability of faculty and students to contemplate those topics from various perspectives. In contrast, by mandating that class time be taken up by teaching materials from specific outside organizations, HB 3002 constrains the freedom faculty members have to approach topics in the manner they deem best for their students. 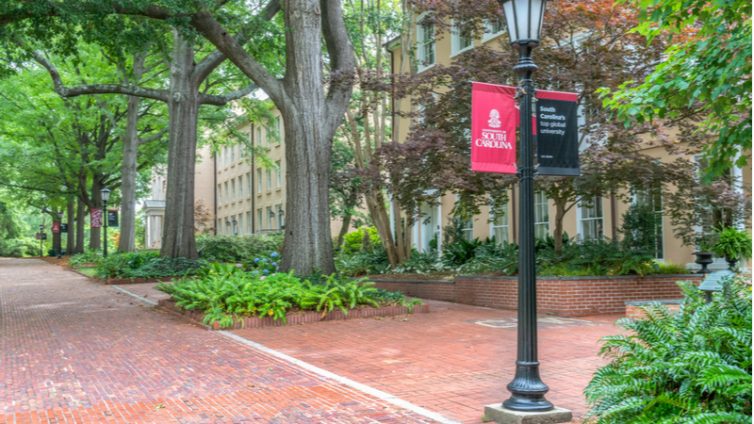 HB 3002 could silence hundreds of faculty members at South Carolina's public institutions of higher education — including its largest, the University of South Carolina. (Ken Wolter / Shutterstock.com)

South Carolina education statutes typically defer to faculty and individual universities to select the right approach to achieve the statute’s requirements. For instance, S.C. Code Ann. § 59-101-280 states that universities must “emphasize teaching as a career opportunity and [. . .] should allocate resources appropriate for support of this mission”; S.C. Code Ann. § 59-103-155 requires that anyone who prescribes certain controlled substances must have completed coursework addressing “the prescription and monitoring” of those substances; and S.C. Code Ann. § 48-27-130 requires a registered forester in the state to complete four years of forestry curriculum with two years of practical experience. These statutes are illustrative of South Carolina’s typically deferential approach to curricula, and none specify particular publishers that faculty should use in their courses. In contrast, HB 3002 links instruction to texts by specific, partisan publishers, abandoning the legislature’s typical approach of providing generalized goals it expects a university to independently assess and accomplish. Indeed, FIRE was unable to find any similar higher ed requirements in South Carolina law that would be comparable to those of HB 3002.

Perhaps recognizing this, companion legislation in the Senate, Senate Bill 534, mandates its requirements in a more approximate way, stating, “the State Superintendent shall review and prescribe suitable texts and online materials aligned with the principles and concepts of the January 2021 report of the 1776 Commission adapted to the needs of the high schools, universities, and colleges.”

Legislators of every ideology should support a state university system that crafts scholarship and curricula not on political grounds but on an academic basis.

Still, given that both bills tie curricula to viewpoint-based approaches, whether a viewpoint-based organization like the politically conservative Heritage Foundation or the viewpoint expressed by the January 2021 report of the 1776 Commission, the bills merit scrutiny and caution. How, for example, would the current legislature perceive future legislation that mandates South Carolina history courses “aligned with the principles and concepts” of the 1619 Project?

Additionally, what if the organizations to which HB 3002 outsources curricular choices were to have a change in leadership and direction? State law would still elevate those organizations’ viewpoints, even if they are not the same viewpoints as when HB 3002 was introduced.

Finally, it is unclear whether the State Superintendent of Education, who heads the state’s K-12 oriented Department of Education, is even the appropriate authority to exercise influence over South Carolina higher education, instead of, say, the state’s Commission on Higher Education. Universities have greater academic freedom than K-12 schools and should be overseen by an office well-versed in their distinct rights.

Regardless of the mechanics, though, the fact is that legislators of every ideology should support a state university system that crafts scholarship and curricula not on political grounds but on an academic basis. Such an “honor system” refrains from setting precedents that could be used against one side by their opponents at a later date and is a far superior alternative to subjecting college curricula to an endless whiplash of political changes.

As early as 1819, in Trustees of Dartmouth College v. Woodward, the Supreme Court of the United States declared, “That education is an object of national concern, and a proper object of legislation, all admit.” There should still be consensus that any higher education legislation should accord with the reasonable functioning of universities as sites of intellectual exploration and must accord with First Amendment protections. Therefore, the South Carolina legislature should vote against HB 3002 and its intrusions on academic freedom and open inquiry.