A few weeks before we published our “Speaking Freely” report, YouGov added two of our survey questions about hate speech to their Omnibus. The YouGov Omnibus is a polling tool that allows organizations and companies to take a quick, representative look at the opinion of American adults. We are excited to publish, for the first time, new data on American adults’ knowledge of and attitudes toward hate speech.

These questions were, with our permission, taken verbatim from our survey questionnaire, which enables us to compare college students’ attitudes with those of the general American adult population.

As previously discussed in our “Speaking Freely” report, “the First Amendment to the United States Constitution protects freedom of speech, including the right to express hateful and offensive opinions. The Supreme Court has not provided a legal definition of hate speech and has consistently rejected any hate speech exceptions to the First Amendment.” We reported that 46 percent of college students recognize that hate speech is protected by the First Amendment, and new data shows that a similar proportion of American adults (48 percent) also recognize this. 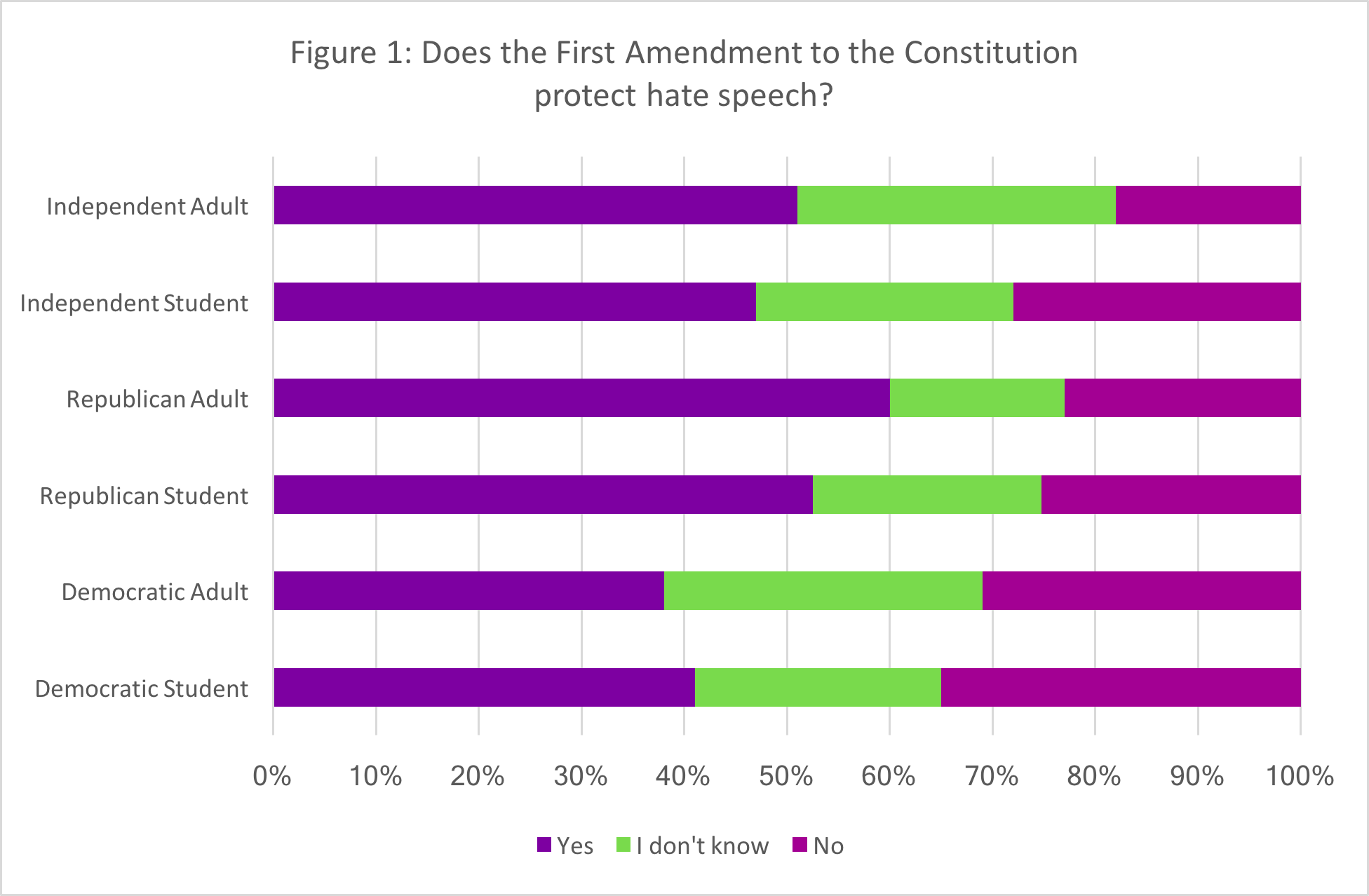 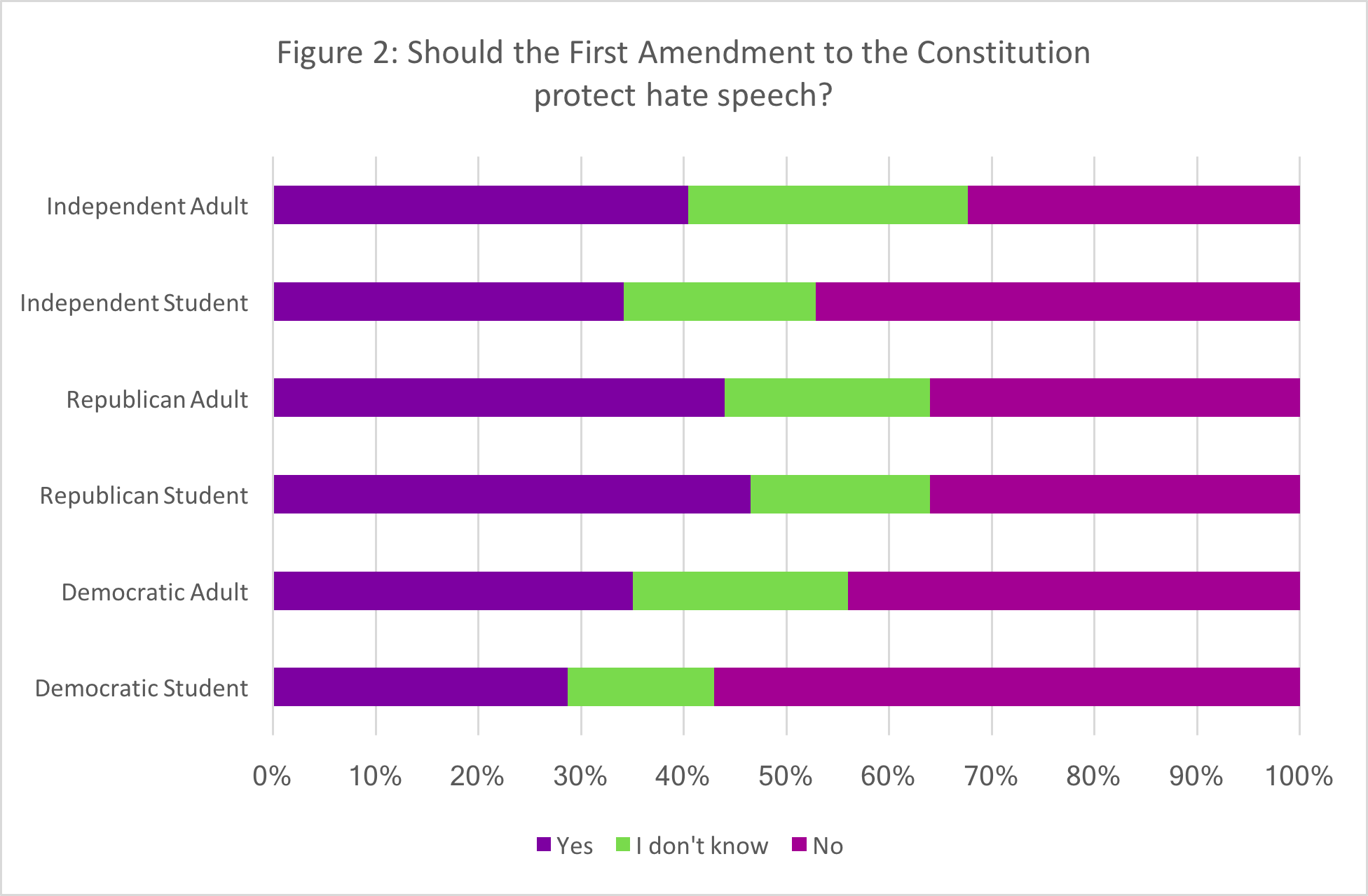 In the “Speaking Freely” report, we found evidence that “a student’s partisanship and ideology are … important indicators of whether they think hate speech should be protected,” and new data shows that the same partisan divide in attitudes toward hate speech protections exists among the American adult population.

Partisan and ideological divides in attitudes toward free speech deserve more attention and research, as we have said before. If this subject is interesting to you, we have more information on public opinion toward expression that may be a helpful place to begin.