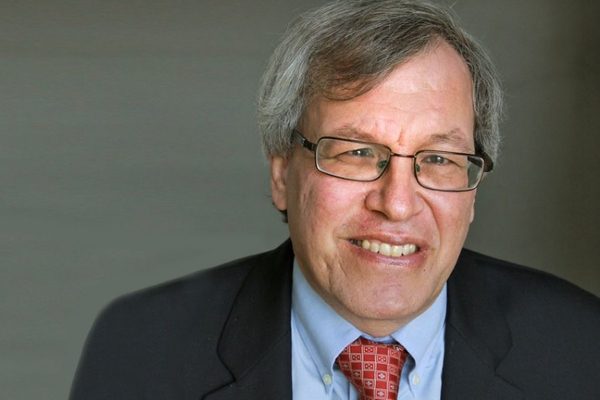 This essay, by Dean Erwin Chemerinsky, is the first in the “Academic Speech — Protected or Perilous?” series. Tomorrow’s essay is by professor Nadine Strossen.  — rklc

Although hateful and hurtful speech on campuses is generally protected by the First Amendment and academic freedom, that doesn’t mean it can or should be ignored by university administrators. At least in some instances, it is desirable and even necessary for school officials to speak out and condemn the harmful speech.

David Cole, in a brilliant essay in The New York Review of Books, articulates exactly this distinction. Cole, who is a law professor at Georgetown Law Center and legal director of the American Civil Liberties Union, wrote in response to an incident where Ilya Shapiro sent tweets criticizing President Biden for appointing a “lesser Black woman” to the Supreme Court rather than the candidate Shapiro preferred. Shapiro, who had been hired for an administrative role at Georgetown Law Center, was placed on unpaid leave while the matter is under investigation.

Cole, in his essay, opposed any punishment for Shapiro for his highly offensive statements, but praised the response of Georgetown Law Dean William Treanor in condemning Shapiro’s statement. Cole wrote:

Georgetown Law’s dean condemned the original tweets in a message to the law school community, stating that ‘the tweets’ suggestion that the best Supreme Court nominee could not be a Black woman and their use of demeaning language are appalling. The tweets are at odds with everything we stand for at Georgetown Law and are damaging to the culture of equity and inclusion that Georgetown Law is building every day. Many faculty and students joined in the criticism, some at a campus sit-in, many others online. That was the right response. Offensive speech should be called out and condemned.

Cole is exactly right in drawing this distinction. Hateful and hurtful speech generally is protected by the First Amendment. Even in private universities that do not need to comply with the Constitution, principles of free speech and academic freedom should be followed.

That, however, does not mean that university administrators should do nothing. The classic First Amendment principle is that the best response to speech we don’t like is more speech. University administrators need to exercise their own speech rights to condemn very offensive expression, which is exactly what Dean Treanor did in response to Shapiro’s offensive tweets.

Campus administrators, such as deans, have a responsibility to create an environment where all students, staff, and faculty feel welcome and can flourish. Racist, sexist, antisemitic, or homophobic comments cause real harm to individuals within an academic institution and to the community. Such statements cannot be ignored by the institution, even if they cannot be punished. Indeed, there is a danger that if university administrators are silent that some will interpret the hateful speaker as expressing the views of the institution.

I have seen, time and again, that more speech can make a difference. Many years ago, when I was on the faculty of the University of Southern California Law School, someone wrote a homophobic slur on the board of a room where an openly gay professor had been teaching. The dean, Scott Bice, did not try and investigate to learn the identity of the student who wrote the epithet and impose punishment. Instead, he put a letter in every student and faculty mailbox (this was before email) condemning the hateful slur and explaining why it is inconsistent with the principles of the law school’s community. The faculty member involved told me how much that meant to him and several gay students said that to me as well.

A few years ago, I was at a conference where the general counsel of the University of Mississippi talked about how important it was, in light of that school’s history, that its president respond forcefully to condemn instances of racist speech. I saw this personally, when a few years ago at Berkeley, someone drew a swastika over the picture, on a flyer on a bulletin board, of a Jewish speaker who was appearing at the law school. I immediately sent a message to the entire community condemning this and explaining why such hate is not acceptable in our community. I did the same thing two years ago, condemning those who assaulted individuals who were going to hear Ann Coulter. I spoke of the need for all ideas and views to be able to be expressed on campus; the response to speakers we detest should be more speech.

Indeed, at times, campus administrators have a legal duty under Title VI and Title IX of the Civil Rights Acts — which prohibit race and sex discrimination among institutions receiving federal funds — to act. A few years ago, in Feminist Majority Foundation v. Mary Washington University, the Fourth Circuit found that a university violated Title IX, which prevents educational institutions receiving federal funds from being deliberately indifferent to sexual harassment, when administrators did nothing in the face of vicious harassment of women students over social media. (I should disclose that I argued the case on behalf of the students and the Feminist Majority Foundation).

I am not naïve about this. On the one hand, I don’t believe that condemnation by administrators eliminates the pain from offensive speech. If a professor makes racist, sexist, homophobic, or antisemitic remarks, students will be uncomfortable in that instructor’s class and nothing can change that. But at the very least, college administrators can express empathy and support for those students by making clear that the harmful statements are not accepted by the institution.

On the other hand, I recognize that speech by university officials is a form of pressure. Knowing that a dean, let alone a college president, is going to condemn speech certainly can have a chilling effect. But I do not believe that free speech or academic freedom means that there is a right to be free from criticism for what we say. Even when there is a right to say something that does not mean that it always should be said.

When should college administrators speak out?

The hard question is as to when university administrators should speak out in response to hateful and hurtful speech. I certainly am not arguing that every inappropriate comment deserves a response. That can be counterproductive; messages of this sort lose their efficacy if they are too frequent. And no administrator wants to be, or can be, in the role of monitoring and evaluating everything that is said at his or her institution.

I do not have a “test” for when to speak out, but I have criteria:

Ilya Shapiro’s statements are of the type where the law school dean’s condemnation of them was appropriate and necessary.

University administrators, such as deans, have differing views as to when they want to speak out on issues. I have been a dean for 14 years and have never hesitated to write op-eds, file briefs, or make public statements on important topics. Nor can I — or other deans — be silent when the hateful speech is within our own institutions.

Erwin Chemerinsky is dean and Jesse H. Choper Distinguished Professor of Law at the University of California, Berkeley School of Law.