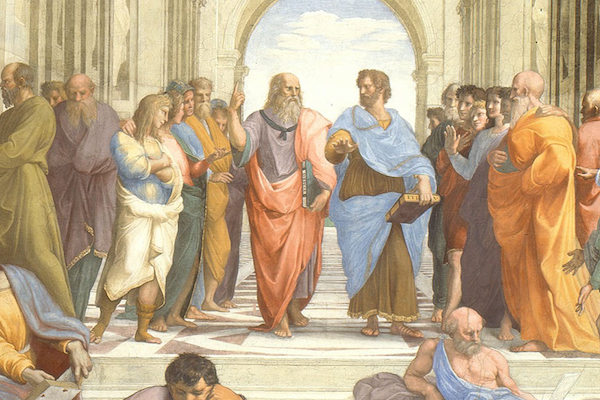 Today’s essay by me is the sixth in the “Academic Speech — Protected or Perilous?” series. Yesterday’s essay was by John K. Wilson and is titled “How Suspensions Violate Academic Freedom.” My essay is set out below. — rklc

“[T]he best test of truth is the power of the thought to get itself accepted in the competition of the market . . . That at any rate is the theory of our Constitution. It is an experiment, as all life is an experiment.”

Assume that Georgetown University Law School ultimately vindicates Ilya Shapiro’s free speech rights in some way or another. If so, what’s next? That is, how does this experiment in campus free speech work? If “more speech” is truly the answer, how is that experiment likely to play out? Such questions force us to move beyond free speech idealism to free speech realism. (Think of it as the costs of doing free speech “business” in the marketplace of ideas.)

Ideally, campus progressives, liberals, libertarians, conservatives, and others would come together and thoughtfully discuss issues of racism and free speech and do so with civility and open-mindedness. Faculty would work in tandem with students to be tolerant and receptive to hearing and discussing the views of the other side. By that measure, dialogue would buttress education. The hope would be that some common ground might be found and thereby reduce ideological animosity. 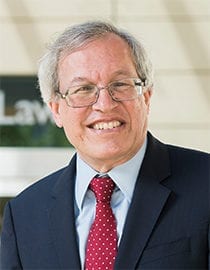 That, at any rate, is the glorious goal. But ought we not also consider other scenarios? What if, for example, Ilya Shapiro’s critics exercised their free speech rights and called on others to boycott all classes and events hosted by Georgetown’s Center for the Constitution where Shapiro is employed? What if they used their free speech rights to urge funders not to support the center?

What if, per Dean Erwin Chemerinsky’s counsel, deans and faculty did likewise? Or, let us say, there was a campus open forum to discuss the controversy. Is it unrealistic to suppose that it would soon enough turn into a shouting match? This would be a classic case of more political heat than educational light.

Then there is the problem thoughtfully highlighted by Professor Nadine Strossen: “Once a pattern is set of condemning some statements, a negative inference is created every time the leadership does not similarly denounce another controversial statement or does so in language that critics view as insufficiently harsh.” Then again, if the campus leadership remains silent as to particular statements made by specific individuals, will it not be condemned for that silence even as it seeks refuge in some general affirmation of its core values? Even if that approach had sufficient currency, would it prevent persistent and unrestrained student counter-speech and the demands made thereto? Or what if administration officials tweeted in their private capacity, off-campus?

The importance of context Prof. Nadine Strossen
Even if in the name of some free speech principle one were to insist on Shapiro’s right to speak as he pleases, can context be ignored? Is Ilya Shapiro speaking as a Cato Institute advocate the same as Ilya Shapiro speaking as a member of the Georgetown University community? All of this is not to deny the importance of the free speech principle articulated by the likes of David Cole, Nadine Strossen, Burt Neuborne, Greg Lukianoff and Adam Goldstein. Rather, the aim is to illuminate how that principle plays out in different contexts. Think of it in time, place, and manner terms. After all, the mission of an advocacy group (be it the Cato Institute or the ACLU) is not the same as an institution of liberal education. 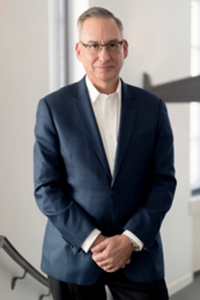 Prof. Randy E. Barnett
To further illustrate the point: Assume that Ilya Shapiro had waited to tweet what he did weeks after he began his work at Georgetown’s Center for the Constitution, the center directed by Professor Randy Barnett, a distinguished and genial scholar. Assume further that Shapiro had asked Barnett if it were okay for him to tweet his controversial views. Obviously, the libertarian reply would be, “of course, you have that right.” Or, to echo Shapiro’s original tweet, what if Barnett had asked him to spell out the ways in which Judge Ketanji Brown Jackson was allegedly “less[]” qualified than Chief Judge Sri Srinivasan? (Recently, retired Judge J. Michael Luttig described Judge Jackson as “eminently qualified.”)

If such questions were asked, would the controversial tweet ever happen? If not, why? One answer: At the very least, it would be highly imprudent. Perhaps mindful of that, Shapiro later conceded that the wording of his controversial and unwarranted tweet was “inartful.”

While the right to tweet uninhibitedly in the marketplace does not require nuance, the exercise of that right in the academy does recommend it. Put another way: It is one thing to claim one’s free speech rights in the excited cacophony of the marketplace and quite another to demand them in the edifying calm of the university.

What about the other values of education?

A related point is that “rights-talk” only takes us so far once we move from idealism to realism. In a world of competing rights, conflict tends to trump agreement. In the process the high principles of free speech implode. What is needed is something more, a sense of commitment to the mission of real education (even in law schools!). That commitment encompasses a genuine desire to learn combined with a ready willingness to protect against a mob mentality or a censorial ethos. The problem, however, is that the very idea of such a commitment is viewed today as preposterous.

Let me be clear: Assuredly there is an alarming, arrogant, and reckless insistence on political conformity on today’s campuses, which only further threatens the mission of liberal education, properly understood. Still, if the “more speech” experiment is to prevail (as it should) in the campus setting, then some meaningful structure (perhaps found in the University of Chicago’s “Report of the Committee on Freedom of Expression”) will be needed. That structure should be grounded in civility and a genuine mutual commitment to learning in an atmosphere of diverse views.

Assuming facts not in evidence? 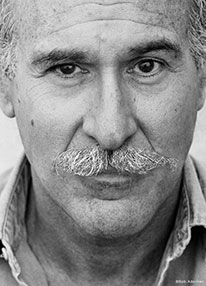 Ira Glasser makes an important point: When progressives endorse censorship, they do so at their own peril. Amen! As important as that point is, consider the premise behind it, namely, the idea that if liberals shun censorship, then when the time comes their adversaries will likewise do so. As any variety of post-2016 events alone reveal, that neutrality premise has been called into question countless times. While it is a promising premise, it is just that — a premise with a hoped-for result.

Finally, John K. Wilson is right in flagging the importance of due process (aka fairness) lest the wrongs of unwarranted allegations destroy a person’s reputation. Indeed, to quote Mr. Wilson: “the values of academic freedom and basic fairness demand an end to this practice.”

All that said, there is a cautionary tale in thinking about the free speech experiment and how it plays out in the realm of colleges and law schools committed to a meaningful education. That is, let us not forget the fact that sometimes free speech experiments fail. Holmes was fine with that, but are we?

Surely, some will balk at the very idea of raising such a question. They may thereafter express their righteous indignation. Fine. But if their idealism leads them to ignore realism, then they fiddle while their Rome burns. Worse still, as it is said, they do not know they are fiddling.