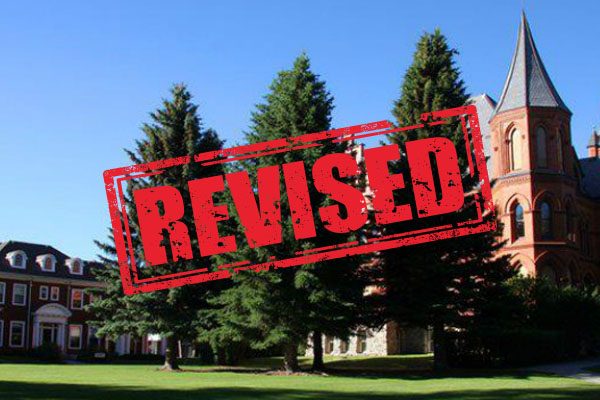 The debate about “civility” in public expression has raged on over the past year. When several Trump administration officials were heckled at D.C. area restaurants in June, some commentators condemned the hecklers for their “incivility,” while others thought this condemnation wrongly discouraged protest. That same month, Democratic Rep. Maxine Waters called on her supporters to publicly confront officials, while House Minority Leader Nancy Pelosi argued that President Trump’s “daily lack of civility” had provoked responses like that of Waters, which she called “unacceptable.”

This back-and-forth demonstrates the problem with demands for civility: The term is entirely subjective. And whether elected officials wish to encourage civility or not, speech that is subjectively deemed not civil is typically constitutionally protected, and may not be restricted by the government on that basis.

In spite of this, many colleges and universities actually do maintain policies that require civility in expression from their students. Though private colleges are permitted to value ideas such as civility over free speech, public institutions, which are bound by the First Amendment, are not. The University of Montana Western is one such public institution that maintains this type of policy, earning its unenviable designation as FIRE’s December 2018 Speech Code of the Month.

The “Statement of Responsibility” from the university’s Student Code of Conduct explains that all members of the campus community “have the personal responsibility to promote an atmosphere of civility,” and that discussions “should never become mean, nasty or vindictive.” And therein lies the problem: Who is to say what conduct has not promoted an atmosphere of “civility,” and by whose standard will speech be deemed “mean, nasty or vindictive”?

A great deal of constitutionally protected expression could be punished under this policy, like a tweet that criticizes the university administration, or the expression of those who take up the “nasty woman” moniker, a rally cry made popular after then-candidate Donald Trump used the term to describe Hillary Clinton.

Our concerns are not hypothetical — FIRE has reported on increasing instances of faculty members being investigated or even punished over speech that is deemed to have lacked civility. And even if these civility policies aren’t applied to punish protected speech in practice, they’re still likely to have a chilling effect on speech, as students reading the policy will self-censor and avoid controversial expression rather than taking that risk.

The law is clear: Speech does not lose First Amendment protection merely because it is not civil. In Texas v. Johnson, the Supreme Court of the United States wrote: “If there is a bedrock principle underlying the First Amendment, it is that the government may not prohibit the expression of an idea simply because society finds the idea itself offensive or disagreeable.”

It is important to emphasize here that it is controversial expression that it is the First Amendment’s highest duty to protect. … [T]he requirement “to be civil to one another” and the directive to eschew behaviors that are not consistent with “good citizenship” reasonably can be understood as prohibiting the kind of communication that it is necessary to use to convey the full emotional power with which a speaker embraces her ideas or the intensity and richness of the feelings that attach her to her cause.

Clearly, the First Amendment doesn’t only protect subjectively civil speech. Civility policies like the one maintained by the University of Montana Western must be revised so that students may enjoy their full First Amendment rights without worrying that unpopular or impassioned expression will be sanctioned.