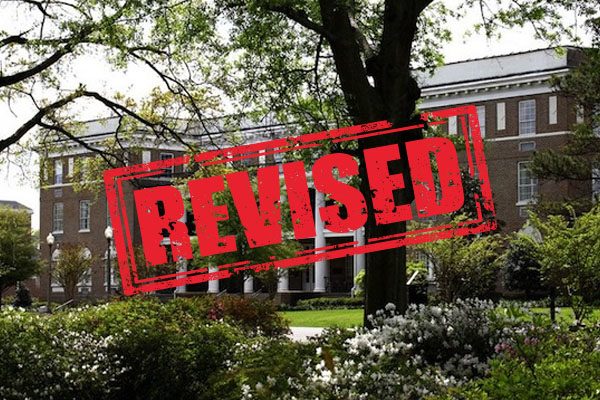 FIRE announces its Speech Code of the Month for January 2014: the University of West Alabama (UWA).

The University of West Alabama has a new policy prohibiting “Cyberbullying and Cyber Harassment” (PDF) that subjects virtually every student and faculty member on campus to punishment. That is because the policy defines cyberbullying to include not only unlawful conduct and unprotected speech, but also “harsh text messages or emails, rumors sent by email or posted on social networking sites, and embarrassing pictures, videos, websites, or fake profiles.”

Go ahead and read that one again: “harsh text messages or emails.” Given that a “harsh” text or email would include anything from criticizing a sloppily drafted report, to reprimanding a child, to expressing frustration at a spouse who forgot to take out the trash, I’m going to guess that most of us have sent a “harsh” text message or email in the very recent past. Heck, if I emailed this blog entry around, UWA administrators could interpret it as violating this policy.

As someone in the UWA administration should surely know, the First Amendment—which applies with full force at a public university like UWA—protects our right to speak in harsh and critical ways. As the U.S. Supreme Court wrote in Boos v. Barry, 485 U.S. 312, 322 (1988), “[I]n public debate our own citizens must tolerate insulting, and even outrageous, speech in order to provide ‘adequate “breathing space” to the freedoms protected by the First Amendment’” (internal citations omitted). Indeed, “a function of free speech under our system of government is to invite dispute. It may indeed best serve its high purpose when it induces a condition of unrest, creates dissatisfaction with conditions as they are, or even stirs people to anger.” Terminiello v. Chicago, 337 U.S. 1, 4 (1949).

By prohibiting speech in which everyone engages, UWA has all but guaranteed that this policy will be enforced in an arbitrary and unfair manner. There is simply no way that UWA can police every instance of “harsh” emailing or text messaging on its campus. Therefore, students’ and faculty members’ free speech rights exist at the mercy of the administration, which has total discretion over how and when to enforce this overly broad policy. And because “harsh” is such a general and subjective term, students will be left to guess at what might be punishable, rendering the policy unconstitutionally vague. (A law must “give a person of ordinary intelligence a reasonable opportunity to know what is prohibited, so that he may act accordingly,” or else it is unconstitutionally vague. Grayned v. City of Rockford, 408 U.S. 104, 108–09 (1972).)

While the ban on “harsh” speech and expression is far and away the worst part of the policy, even the other examples of cyberbullying—rumors and embarrassing pictures—are not necessarily devoid of constitutional protection. Certainly, spreading certain types of rumors or posting certain types of pictures may implicate libel or invasion of privacy. But remember that libel only applies to false statements, so sharing unpleasant but truthful gossip about someone is probably protected unless the information was obtained in a way that unlawfully invaded that person’s privacy. Similarly, if you were photographed doing something embarrassing in a public place (or in an arguably private place, as in the case of Anthony Weiner) you may not be able to prevent another person from sharing that picture, however unkind it may be to do so.

Policies like UWA’s are typically well-intentioned. We’ve all read about examples of conduct that we would probably call “cyberbullying”—conduct that, in most cases, is already prohibited by existing laws on harassment, stalking, extortion, invasion of privacy, and so forth. And we all understand the need to protect people from this kind of life-altering harassment. But banning all “harsh” online speech in an effort to do so is like swatting a fly with a sledgehammer. This unconstitutional policy simply cannot stand at a public university like UWA.

For these reasons, UWA is our January 2014 Speech Code of the Month.

If you believe that your college’s or university’s policy should be a Speech Code of the Month, please email speechcodes@thefire.org with a link to the policy and a brief description of why you think attention should be drawn to this code. If you are a current college student or faculty member interested in free speech, consider joining FIRE’s Campus Freedom Network, an organization of college faculty members and students dedicated to advancing individual liberties on their campuses. You can also add FIRE’s Speech Code of the Month widget to your blog or website and help shed some much-needed sunlight on these repressive policies.