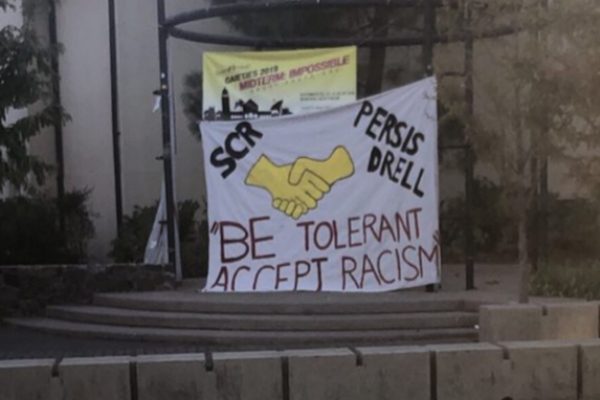 Did Stanford University students or dorm staff take down posters from a conservative group and replace them with a letter criticizing conservative students? It certainly looks like it.

Just a few weeks ago, Stanford College Republicans placed posters in common areas at Stanford University advertising an upcoming Ben Shapiro “Facts Don’t Care About Your Feelings” lecture happening tonight at Stanford. Soon, however, the students found that their posters were defaced, drawn on, or ripped up.

According to Young America’s Foundation, students found their posters disappeared entirely just hours after they were posted in Stanford’s Norcliffe/Adelfa (“Nordelfa”) dorm, replaced instead with a letter purportedly from “Nordelfa Staff” noting in part:

We, the Nordelfa staff, care about you, your feelings, your physical and emotional health. We welcome and center the voices that some may wish to specifically marginalize and target. 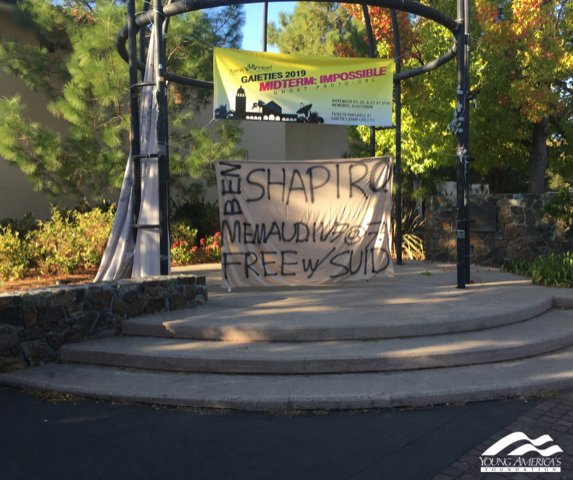 The conservative student group also reportedly attempted to put up posters at Casa Zapata, Stanford’s dorm “focusing on the Chicanx and Latinx experience,” where they were blocked at the door by protesting students, who allegedly shouted at them and followed them to other dorms to stop them from distributing posters elsewhere.

Just this week, YAF reports that Stanford College Republicans had their banner promoting the Shapiro event stolen, which police are now investigating.

Neither Stanford provost Persis Drell nor Stanford’s press office could be reached for comment at the time of publication.

While it’s unclear who is responsible for these incidents, taken together, it appears that some individuals at Stanford would rather vandalize and tear down student speech than answer it or ignore it. As always, censors would do well to note that efforts to bury unpopular speech often backfire and result in even more attention being paid to whatever was censored.

More troubling is YAF’s allegation of dorm staff taking down posters. If true – and if the letter posted in its place originated from dormitory staff – this is tantamount to university-sponsored censorship, treating students more like fragile eggshells than free-thinking adults.

FIRE hopes that Stanford University clarifies who took down the posters in the Nordelfa dorm and denounces this act of vigilante, if not official, censorship.

Shapiro’s lecture tonight is being hosted by Young America’s Foundation in conjunction with the Stanford College Republicans. FIRE will be on the watch for updates as they come in.