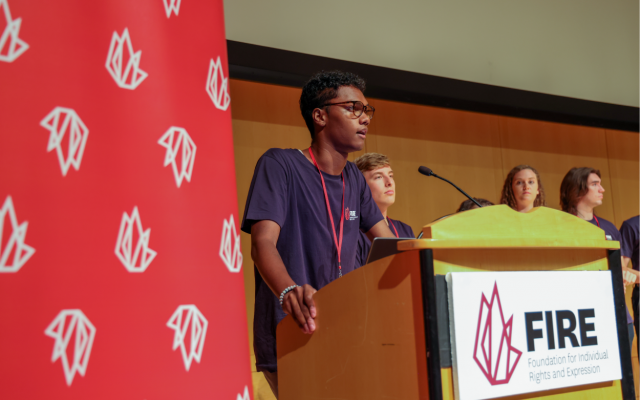 From Friday, July 15 to Sunday, July 17, the FIRE Student Network Conference returned, with some old friends and some new twists.

Day one was held in an entirely new location: the Franklin Institute! Nestled inside the planetarium, guests were greeted by FIRE’s summer interns and were able to enjoy a view of the cosmos as they walked to their seats. FIRE’s President Greg Lukianoff kicked off the weekend with his opening address. Inspired by the limitlessness of the universe, he spoke about the ways we conceptualize free speech, and how the freedom to express divergent opinions allows us to better understand that boundless wonder. 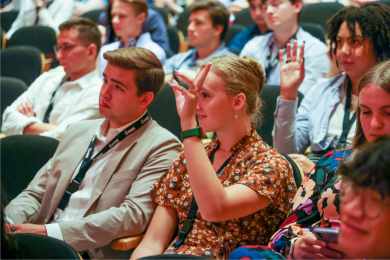 Students participate in a discussion at the FIRE Student Network Conference.

After Greg’s remarks, writer, attorney, and legal analyst David Lat gave the keynote address. Lat is the writer of the popular Substack “Original Jurisdiction” and the founder of “Above the Law.” He often provides insight into culture, the legal world, and the future of the law. Lat gave a speech reflecting on his time at Yale Law, current attitudes around freedom of speech, and the line between misinformation and the right to political expression.

After an enlightening and spirited Q&A period, the attendees and speakers alike broke bread and chatted over dinner.

Bright and early Saturday morning, conference attendees made their way to the National Constitution Center, a favorite FIRE conference location in the historic city of Philadelphia. The day opened with a discussion of free speech on college campuses given by FIRE’s own Legal Director, Will Creeley. Then, the FIRE interns delivered a talk of their own about the difference between protected and unprotected speech under the First Amendment. Attendees were asked to raise their hands if the cases presented were “protected” or “unprotected,” and argue a case for each side. Then, FIRE attorneys Ronnie London and Adam Steinbaugh conducted a panel on free speech in the digital age. They touched on Section 230, the recent buzz around Elon Musk purchasing Twitter, and the practice of banning users from social media. 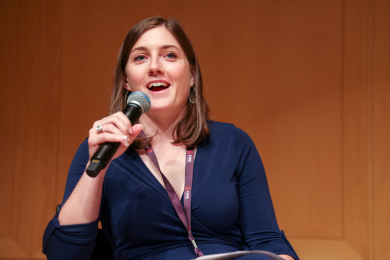 Immediately after the breakouts, students attended a panel in which Will Creeley and FIRE’s Director of Targeted Advocacy Sarah McLaughlin explored with the audience the topic of hate speech and why it is constitutionally protected.

After a two-hour break, during which attendees could spend time exploring Philadelphia, they returned to the National Constitution Center for the evening’s programming. After delivering some opening remarks, Greg Lukianoff welcomed Lara Bazelon to the stage to talk about her experiences fighting for due process on college campuses. Bazelon is a writer, law professor at the University of San Francisco, and the director of the Criminal and Juvenile Justice Law Clinic and Racial Justice Law Clinic. Bazelon’s speech described her experience leading the clinic’s defense of a wrongly accused Black male student through the Title IX and criminal processes. Bazelon’s speech addressed the vital importance of due process protections and the personal, social, political, and racial tensions her defense work must navigate.  She received a standing ovation.

“It is not often that you get a chance to listen to such brilliant individuals in person . . . while sharing a space with such passionate advocates for the First Amendment.”

After listening to the keynote addresses, one attendee said, “It is not often that you get a chance to listen to such brilliant individuals in person . . . while sharing a space with such passionate advocates for the First Amendment.”

On the third and final day, attendees returned to the National Constitution Center and watched the interns perform an original skit that depicted a mishandled due process case on a university campus. After brunch and a group photo, the interns hosted a free speech “quizzo” and answered questions about landmark Supreme Court cases, banned books, and the right to due process.

The day concluded with closing remarks by program associate Margaux Granath, who offered final thoughts about how attendees can take what they learned at the conference back to their campuses.

Thank you to everyone who attended the 2022 FIRE Summer Conference. Visit our website for more information about future conferences!

Melanie Nolan is a rising senior at Skidmore College and a FIRE summer intern.