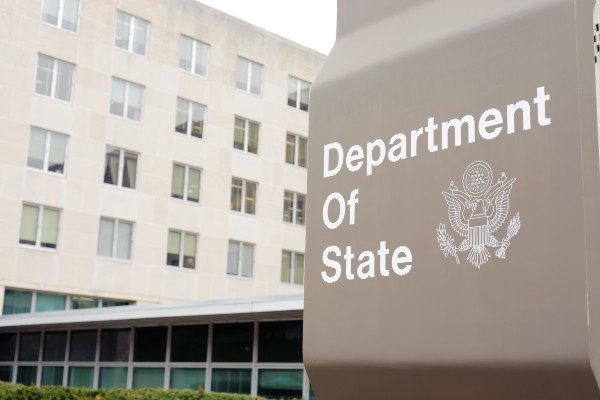 There could be a new requirement for students hoping to secure a Fulbright scholarship: Don’t deviate from the administration’s opinion of anti-Zionism.

The State Department, which administers the prestigious Fulbright U.S. Student Program as well as other academic programs, declared last November that it “will review the use of its funds to confirm that they are not supporting the Global BDS Campaign,” an anti-Zionist movement seeking to boycott, divest from, and sanction Israel for its actions towards Palestine.

While the State Department’s declaration did not explicitly apply this litmus test to the Fulbright scholarship, its review certainly contemplates the possibility of doing so. But the decision to support or refuse to support a boycott is an individual’s right protected by the First Amendment, something public academic institutions and their funders must recognize.

Constitutional protections for political expression go beyond mere verbal or textual communication. As FIRE has noted before, multiple federal courts have struck down efforts in more than 25 states to restrict boycotts of Israel. This background helps explain why some of the State Department’s own lawyers consider this viewpoint-based funding restriction questionable on free expression grounds.

When enjoining a law restricting BDS boycotts from taking effect, a federal court in Texas relied upon the Supreme Court’s decision in NAACP v. Claiborne Hardware Co., where the Court ensured that Civil Rights Era activists could employ boycotts as a tactic in their campaign against segregation. The federal court stated, “Claiborne recognizes that boycotts are deeply embedded in the American political process … because in boycotts, the elements of speech, assembly, association, and petition . . . are inseparable and are magnified by the banding together of individuals to make their voices heard” (internal citations omitted).

Academic freedom is also a “special concern of the First Amendment,” the Supreme Court wrote in Keyishian v. Board of Regents, as “[t]he Nation’s future depends upon leaders trained through wide exposure to that robust exchange of ideas which discovers truth out of a multitude of tongues, rather than through any kind of authoritative selection” (internal citations omitted).

Though FIRE takes no position on the Israeli-Palestinian conflict, political expression that morally evaluates foreign conflicts is fully protected by the First Amendment.

The ambitious, bright students that seek Fulbright scholarships are precisely the kind of leaders whose development by a “multitude of tongues” the Supreme Court sought to protect. The State Department should clarify that these students, as well as their broader university communities, will not be discriminated against in the selection process for the Fulbright scholarship or other academic funding for participation in, or mere approval of, the BDS movement.

The tolerance of differing viewpoints is not simply a legal guarantee enshrined by the First Amendment, but is essential to the American spirit. A 2015 survey from the nonpartisan Pew Research Center found that Americans were “more supportive of all forms of free expression than others worldwide.”

The State Department must clarify that eligibility for the Fulbright scholarship, and any other government-administered academic opportunity or financial support, does not and will not depend on the sacrifice of the constitutional guarantees and national values it is required to support and promote.