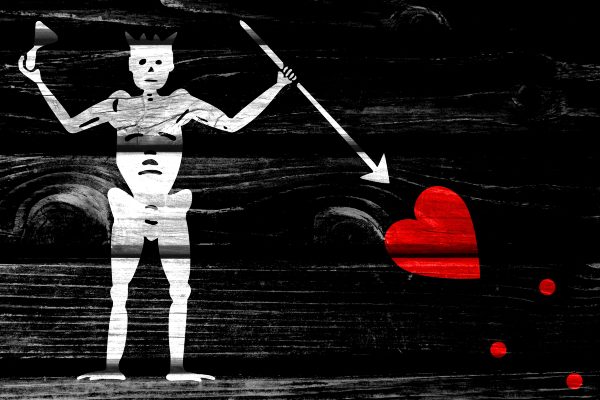 On Monday, the Supreme Court struck down a federal law that permitted individuals to sue state governments for copyright infringement, ruling that the law was blocked by sovereign immunity. As a side effect, the decision might make preventing state universities from engaging in copyright infringement difficult, if not impossible.

The case, Allen v. Cooper, involves the wreck of the Queen Anne’s Revenge, which was briefly Blackbeard’s flagship; it ran around in North Carolina waters in 1718. The wreck was discovered in 1996. A videographer recorded the excavations, and at various times in the years since (including after being notified of the unauthorized use in 2013), North Carolina published stills and footage of the excavation online and in a newsletter without permission, forming the basis of the lawsuit.

Relying on an earlier case where a similar statute permitting patent lawsuits was invalidated, the Court ruled that the law authorizing copyright lawsuits violated the sovereign immunity of states.

Sovereign immunity can be a strange concept for non-lawyers. “Sovereign” refers to the state, and the concept of immunizing the state against lawsuits dates back to the monarchy. In short, the idea is that you can’t sue the head of state without permission from the head of state. In the U.S., the Eleventh Amendment prevents the individual states from being sued in federal court without their consent. In this case, it means that even though North Carolina infringed upon the videographer’s copyright, it is protected (or immune) from being sued.

There are at least two unintended consequences of this ruling: First, the Supreme Court has now given us the least exciting story ever that involves Blackbeard (until someone tells the story of Blackbeard and the Term Life Insurance, at least: “Lower me static premium payment, ye bilge-rat!”) Second, the ruling likely gives state universities immunity to federal copyright infringement claims.

This is troubling for the obvious reason that universities can now, theoretically, go about infringing anyone’s copyright — copying professors’ textbooks, republishing students’ artwork, pillaging the intellectual property of pirate-ship videographers — with near total impunity. Not that university administrators are likely to sit around planning, say, large-scale software piracy; like most people, they probably don’t think about copyright law in their daily lives. But when it happens, there won’t be any legal remedy for the victims under the Copyright Act.

Remember when I said that the Supreme Court’s ruling on Monday relied on an earlier ruling involving patent law? Like copyright law, patent law is an area of intellectual property. Copyright protects recorded works of originality, like books, art, and movies; patent protects inventions, ranging from machinery to genetically-modified microbes. (There’s some overlap when you get to things like software. For the purposes of our pirate story, this is all the understanding you need.)

What that means going forward is anyone’s guess. It seems unlikely that state universities will just start photocopying textbooks — plus, while copyright enforcement may be unavailable to aggrieved rightsholders, there are plenty of creative avenues for lawyers to pursue that would stop some of the most flagrant copyright infringements, including unfair competition laws and misappropriation doctrines. (For the lawyers in the audience, a fun thought exercise: Can federal law preempt a state doctrine if sovereign immunity prohibits the enforcement of the federal law? Doesn’t preemption presuppose, y’know, preempting?)

Where there might be more action, at least in the short term, is non-traditional licensing schemes that use copyright law as a fallback if a license contract is violated, like GNU or “free software” licenses (winkingly referred to as “copyleft”) or Creative Commons licenses. Additionally, faculty or graduate student unions may negotiate specific terms into their contracts to avoid any unfortunate misunderstandings down the road. And if a university does something especially bad, there’s always the possibility of state legislatures stepping in and stripping the immunity.

In the meantime, we’ll have to wait and see what happens. I imagine Blackbeard’s Ghost is content that his ship might have led to protection for a certain kind of (intellectual property) piracy.