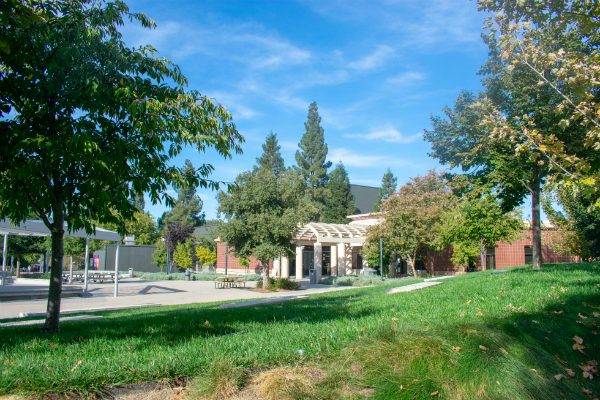 It’s a tale we’ve seen too many times before: A student newspaper does its job by reporting on campus controversies. The college is unhappy with the tone of the reporting. The college, knowing it can’t directly retaliate against student journalists, instead fires or otherwise dismisses their adviser.

This time, it happened at Diablo Valley College in Pleasant Hill, California, where administrators dismissed Fernando Gallo, adviser to student newspaper The Inquirer, just 11 days before the beginning of the fall term. In the past, retaliation against student media advisers has plagued Mount St. Mary’s University, East Carolina University, and Northern Michigan University, to name a few.

What these colleges may not fully appreciate, and what FIRE and the College Media Association reminded DVC about in a letter sent yesterday, is that indirect retaliation against student journalists by way of adverse employment actions against advisers is still retaliation.

At DVC, it all started when racist graffiti was found on campus last March. When the administration failed to notify the student body about the incident, The Inquirer published an editorial criticizing the administration for leaving “students in the dark.” This editorial prompted DVC president Susan Lamb to pen an email to all faculty labeling the piece as “misinformation,” according to reporting by Inside Higher Ed.

Racist graffiti continued to be found on campus throughout the 2018–19 school year, and The Inquirer continued to cover the incidents, including student reactions. In one story that prompted particular controversy, The Inquirer noted that students were upset when the Dean of Student Services appeared to roll her eyes and text during a listening circle event designed to allow students to voice concerns about the response to the graffiti. The Inquirer received a deluge of letters to the editor from faculty and administrators criticizing the paper’s coverage, according to editor Emma Hall.

Gallo gears up for another school year; trouble begins

All seemed fine in June, when Gallo met with Obed Vazquez, the dean of the English and Social Sciences division, in which the journalism department is housed. According to Gallo, during this meeting, he and Vazquez agreed that for the 2019–20 school year, Gallo would teach three journalism classes and serve as a “lab assistant” for The Inquirer.

Then the trouble began, according to emails obtained by FIRE. On Aug. 15, 13 days before the semester was due to begin, Gallo’s schedule had yet to be formally finalized. He reached out to Vazquez, who responded that “there [had] been changes to the plan,” with no additional information. Gallo immediately responded for clarification.

On Aug. 17 — just 11 days before the semester’s start — Gallo reached out again. Vazquez responded simply: “With the new schedule there are no classes for you.” Gallo went from expecting three courses and a lab assistantship to zero courses, zero work.

Adding to the fishiness of the situation, less than a week before the semester began and after dismissing Gallo, Vazquez reached out to the Journalism Association of Community Colleges listserv seeking an instructor for JRNAL 120, one of the three courses Gallo was originally slated to teach.

Courts have held time and time again that administrators may not retaliate against student journalists because they disagree with the content of student media. This includes any action that would cause a reasonable student journalist to abstain from continuing to produce coverage that might be critical of his or her college, commonly referred to as a “chilling effect,” as discussed in our letter:

By dismissing Gallo not two weeks before the start of the fall 2019 semester, and shortly after administrative and faculty objections to The Inquirer’s critical coverage, DVC has run afoul of the First Amendment. Gallo’s dismissal, in apparent retaliation for greenlighting critical coverage, would cause a reasonable student journalist to abstain from producing coverage critical of the college in order to prevent further adverse action. Even absent a realized chilling effect, Gallo’s dismissal caused an unconstitutional injury to Inquirer journalists. Because the action would cause a reasonable student journalist to soften content about DVC, even if Inquirer journalists happen to be an especially hearty breed of journalist—willing to ignore the chill and risk further retaliation in order to report the truth—Gallo’s dismissal still constitutes impermissible retaliation for First Amendment-protected press activity.

Recognizing the tough position student journalists are put in when administrators retaliate against their advisers, courts that have considered this issue have agreed that this type of adverse action, when taken in response to journalism, constitutes a First Amendment violation.

In this case, DVC also has California state law to contend with. Under Calif. Educ. Code §66301, known as the “Leonard Law,” public colleges in California cannot discipline employees “for acting to protect a student engaged in conduct authorized under this section, or refusing to infringe upon conduct that is protected by this section, the First Amendment to the United States Constitution, or Section 2 of Article I of the California Constitution.” Yet that is exactly what it appears DVC has done in this situation — disciplined a faculty member for supporting his student journalist advisees.

FIRE has called to DVC to reinstate Gallo. We will keep you informed with what response, if any, we receive.