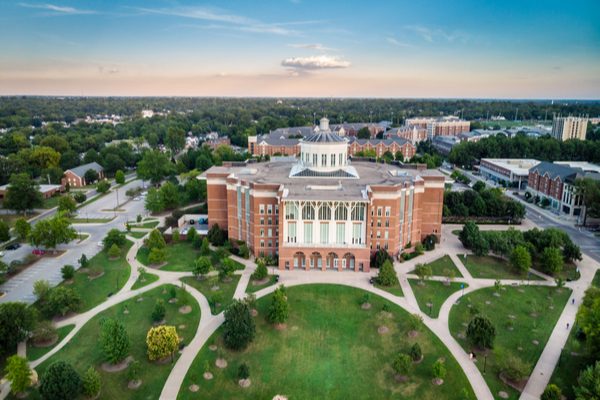 The Supreme Court of Kentucky has ruled that the University of Kentucky acted improperly when it prevented student newspaper The Kentucky Kernel from accessing records about a Title IX investigation that implicated a professor. The March 25 ruling marks a huge victory in a tale that, at this point, feels about as old as time (but actually dates back merely 6 years).

On the outcome of UK vs. Kernel lawsuit:

"The Kernel won. It cost time. It cost effort. It cost many student journalists the experience of an unencumbered newsroom. But it is no victory to know that our public institutions actively resist the obligations they have to citizens."

It all started in 2015, when two UK students alleged that a professor had sexually assaulted and harassed them. The university completed an investigation and found evidence supported these allegations. The professor resigned before a full hearing could be held.

The Kernel sought records related to the Title IX investigation and the professor’s resignation. UK denied the request. The records were too “personal” and “privileged,” the university said.

But the Kernel didn’t let the university have the last word.

The records request went through a complicated legal back-and-forth involving the Kentucky attorney general, the interplay between FERPA — the federal statute that protects student privacy rights — and public records laws, and, ultimately, the courts. I’ll spare you the hairy details this time around, but our 2018 write-up of the case does a good job of summarizing them. What you need to know is this: The case ended up at the Kentucky Supreme Court, which was tasked with determining whether UK had complied with Kentucky’s public records law when it determined that the entire investigatory file — including things like the professor’s CV and policy documents — was exempt from disclosure.

The court’s short answer? No.

As the court put it, “The University’s initial, single-paragraph assertion of a blanket exemption to disclosure of the entire Harwood Investigative File was wholly insufficient.”

You see, UK had initially responded to the Kernel’s request with a flat denial, claiming the records were exempt. But Kentucky’s public records law requires more: Public bodies must, as the court explained, “prove that requested documents fit within an exception.” And the university’s attempt to shoo the student journalists with a “boilerplate paragraph — this but if not this then that — used for every withheld document was wholly unacceptable.”

Aside from finding that UK acted out of step with the public records law, the court also addressed the university’s eventual argument that it could not disclose the records without violating FERPA.

The Kernel didn’t let the university have the last word.

“The FERPA ‘education record’ exclusion,” the court explained, “was clearly not intended as an ‘invisibility cloak’ that can be used to shield any document that involves or is associated in some way with a student, the approach taken by the University in this case.”

At FIRE, we all too often see universities try to use FERPA this way. For example, in a similar case at the University of North Carolina, UNC invoked FERPA to shield sexual assault records from student newspaper The Daily Tar Heel. After the North Carolina Supreme Court ordered UNC to release the records last May, the university even tried to get the Supreme Court to take up the case. That petition was denied. But what both the UNC and UK cases teach us is that universities aren’t Harry Potter, and FERPA is not a cloak that makes inconvenient records disappear.

Kentucky’s supreme court remanded the UK case back to the trial court, which must now determine which parts of the requested records must be turned over to the Kernel.

Like the court, “[w]e trust that the University will [comply with its obligations] on remand and the trial court can proceed to a proper resolution of this unnecessarily protracted open records action.” And we also trust that this will serve as a lesson to all public universities: Student journalists, as liaisons for the public, have a right to access and publish public records.