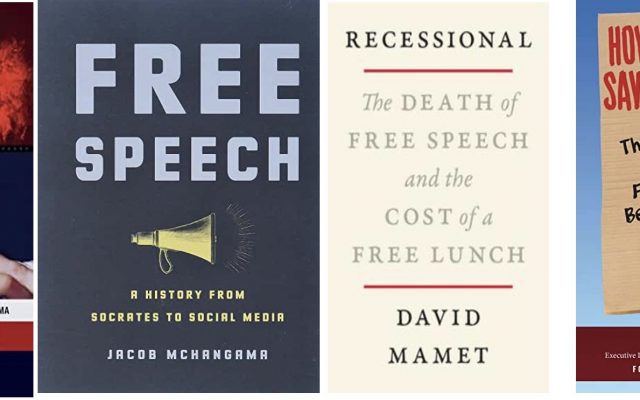 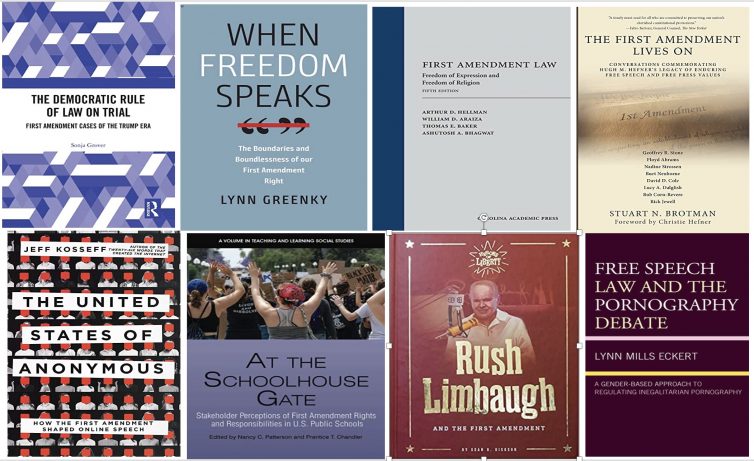 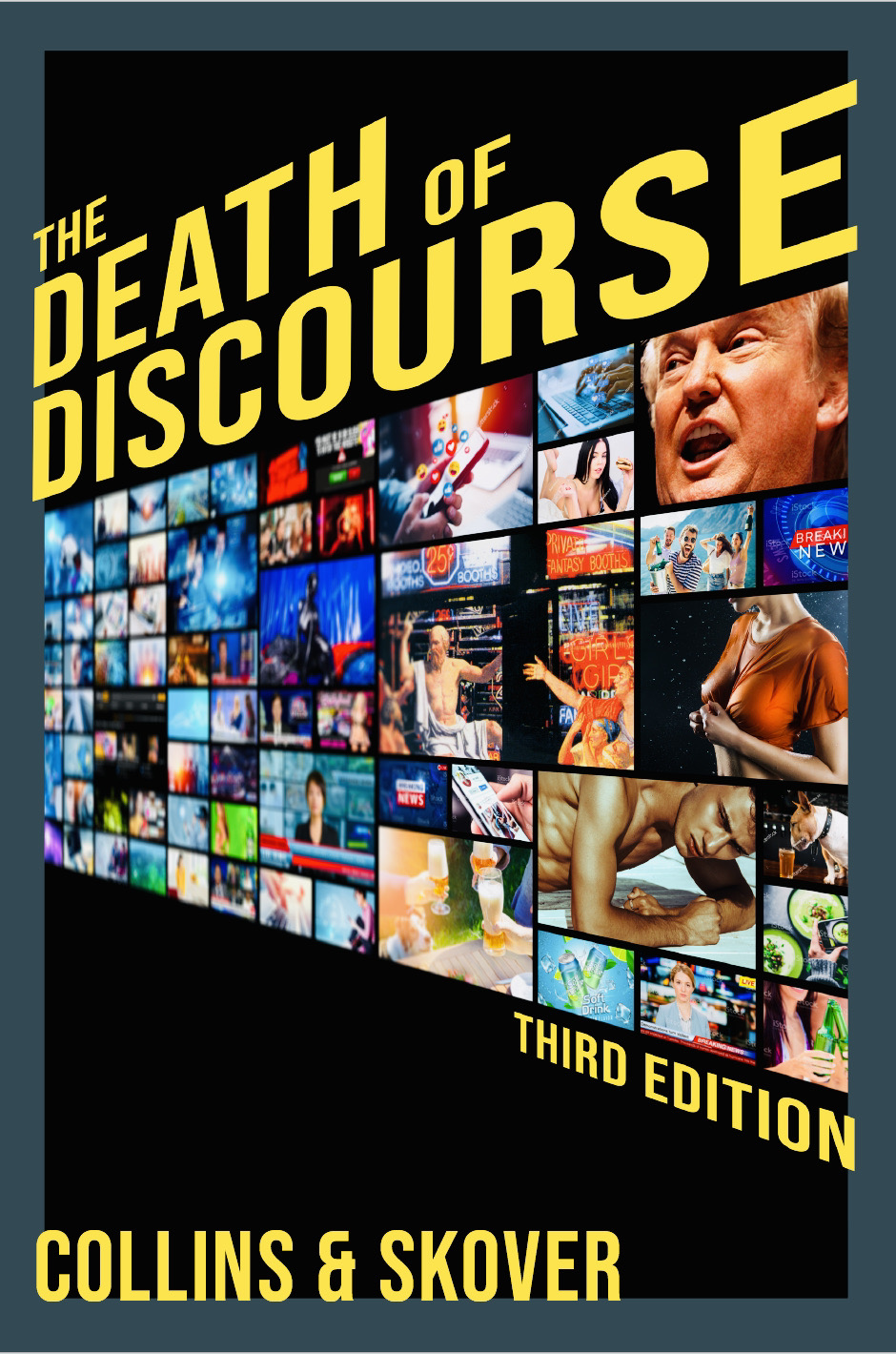 Books coming out later this year or next year 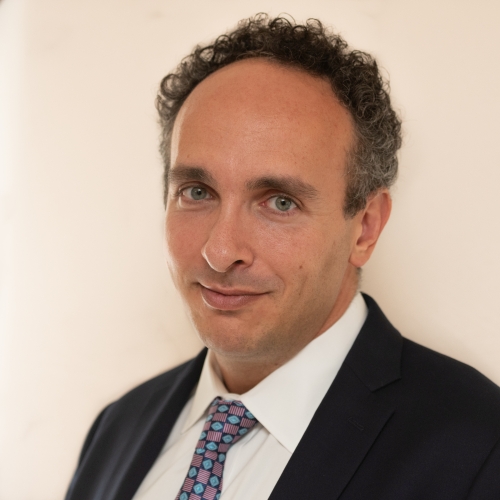 Why did those opposed to or in favor of the Constitution write under pseudonyms? Why did Occupy Wall Street protestors wear Guy Fawkes masks? Why do so many people seek to maintain a level of anonymity in their online activities — including web surfing and posting on social media?

In the debate over the right to conceal one’s identity versus the potential harms of anonymity, is it possible to strike a constitutionally sound balance? In his latest book, “The United States of Anonymous: How the First Amendment Shaped Online Speech,” Jeff Kosseff tackles these and other questions through primary‐​source research and interviews with participants in the debates, as well as through court cases that have shaped the current legal and political climate impacting anonymous speech and the First Amendment. Join us for a discussion about Jeff Kosseff’s timely new book. 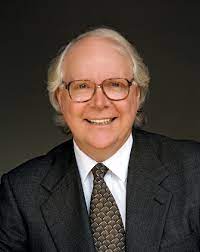 WHY WOULD SOMEONE become a censor? Why have people throughout history devoted themselves to banning books or restricting what other people can read or write or paint or see or say or teach?

In his entertaining, enlightening, and timely book, “The Mind of the Censor and the Eye of the Beholder: The First Amendment and the Censor’s Dilemma,” Robert Corn-Revere explores these and other intriguing questions by delving into the lives and work of five influential American advocates of censorship as well as a host of lesser censors. He presents vivid portraits of the Victorian era’s quintessential censor, Anthony Comstock, as well as Dr. Fredric Wertham, the psychiatrist who “stoked a national panic” over comic books; Newton Minow, who as chairman of the Federal Communications Commission sought to “homogenize broadcasting”; Tipper Gore, co-founder of the Parents Music Resource Center, which promoted parental advisories on record albums deemed too naughty for our youth; and Brent Bozell, founding president of the Parents Television Council, “an organization created to keep the world safe from fleeting expletives and wardrobe malfunctions.”

As Corn-Revere sees it, a “censor is one who seeks to exert control over the culture through law, based on the idea that he or she, speaking for the community, has a right to draw the boundary lines for speech.” The censor is convinced that “some forms of expression are so vile or dangerous that they should be restricted, or so valuable that they should be compelled.” Consequently, censors “claim the moral sanction to speak for the collective, either by enforcing ‘community standards’ against evil expression or by mandating speech that they believe serves the ‘public interest.’”

Corn-Revere is at his very best in vividly describing the quintessential censor Anthony Comstock (1844-1915), who became so identified with censorship that any form of excessive, moralistic, and self-righteous suppression of literature and art has come to be known as “Comstockery.” Corn-Revere calls him “the nation’s first professional anti-vice crusader,” who set the standard for all censors who followed in his footsteps by claiming “moral superiority — characterizing the speech they would restrict as distasteful, trivial, valueless, or downright harmful.” 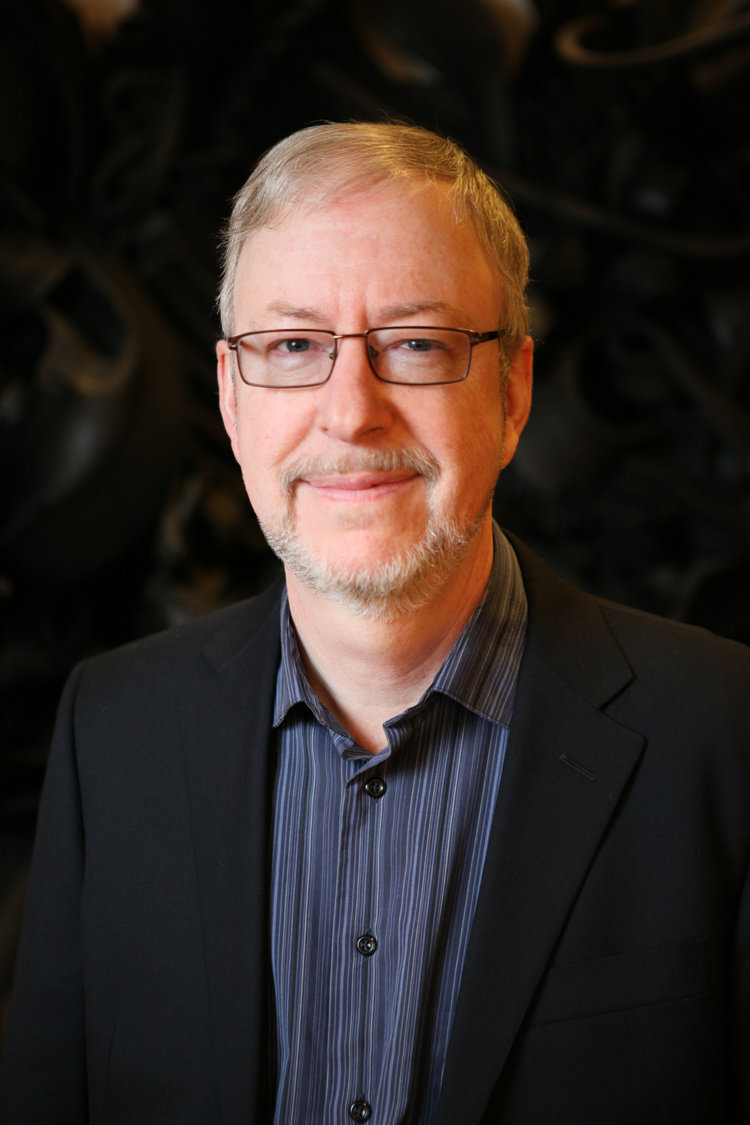 The current wave of attacks on free speech and books is nothing new, says Chris Finan, executive director of the National Coalition Against Censorship, whose most recent book is “How Free Speech Saved Democracy: The Untold History of How the First Amendment Became an Essential Tool for Securing Liberty and Social Justice.” However, what is different during this current crisis, he says, is that there used to be very clear delineations along political lines when it came to both defenders and critics of free speech. Today, on the other hand, some young progressives prioritize social justice over the First Amendment, Finan argues, in their attempts to restrict hate speech.

In a conversation with PW editorial director Jim Milliot, Finan noted that he has been a free speech advocate since the early ‘80s, when he answered a classified advertisement in the New York Times for a “coordinator of a First Amendment trade association,” the Media Coalition. “I had no idea what that was, but it sounded like me,” he said. “I grew up in the ‘60s and free speech was a big topic of conversation as it was being repressed in the South during the Civil Rights movement and, it was being repressed, again, in the North during the anti-war movement.” 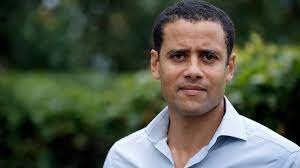 While the idea of freedom of speech may be closely associated with the American constitutional tradition under the First Amendment today, its origins go back thousands of years, and its ideals have been expressed in civilizations around the world.

Joining President and CEO Jeffrey Rosen to discuss that storied history — from Martin Luther’s posting his 95 Theses, to state laws regarding social media — and examine defenses of free speech are Jacob Mchangama, author of “Free Speech: A History from Socrates to Social Media,” and David Cole, National Legal Director of the ACLU. (Podcast link here.)

This from Hillel Italie over at the Associated Press: 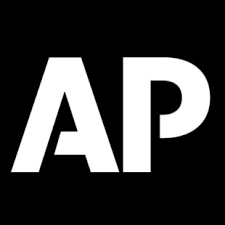 In a legal case closely watched by libraries and the publishing industry, a federal judge in Maryland struck down a state law requiring publishers to make e-books available on ‘reasonable terms’ to libraries if they were also being offered to the general public.

The Association of American Publishers, the industry’s trade organization, had contended that the bill violated the United States Copyright Act by allowing states to regulate publishing transactions. The Maryland law was passed with overwhelming support a year ago, and included provisions for fines up to $10,000 and higher.

Maryland U.S. District Judge Deborah L. Boardman issued her decision on June 13, four months after she had enjoined the Maryland Act, writing at the time that the law’s “practical impact” would force publishers ‘to offer their products to libraries — whether they want to or not — lest they face a civil enforcement action or criminal prosecution.

The state effectively conceded in April, with attorneys writing that “that there is no genuine dispute as to any material fact.” But the Association of American Publishers was still seeking a permanent injunction. Boardman ruled that the injunction was unnecessary because the law was “unconstitutional and unenforceable.” 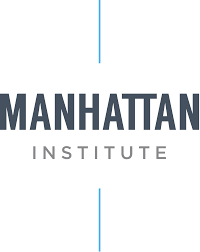 The Manhattan Institute (MI) is pleased to announce that Ilya Shapiro has joined the Institute as Senior Fellow and Director of Constitutional Studies.

Shapiro will build on the Institute’s long tradition of legal policy scholarship by weighing in on matters of constitutional law and articulating constitutionalist principles of limited government through commentary, media appearances, and events. Having filed over 500 amicus curiae “friend of the court” briefs in the Supreme Court in his career, Shapiro’s work at MI will also include an amicus program.

Shapiro recently joined the ranks of scholars leaving academic institutions where free speech is increasingly under attack, or as he put it in a recent Wall Street Journal op-ed, institutions that “enforce an orthodoxy that stifles intellectual diversity, undermines equal opportunity, and excludes dissenting voices.” 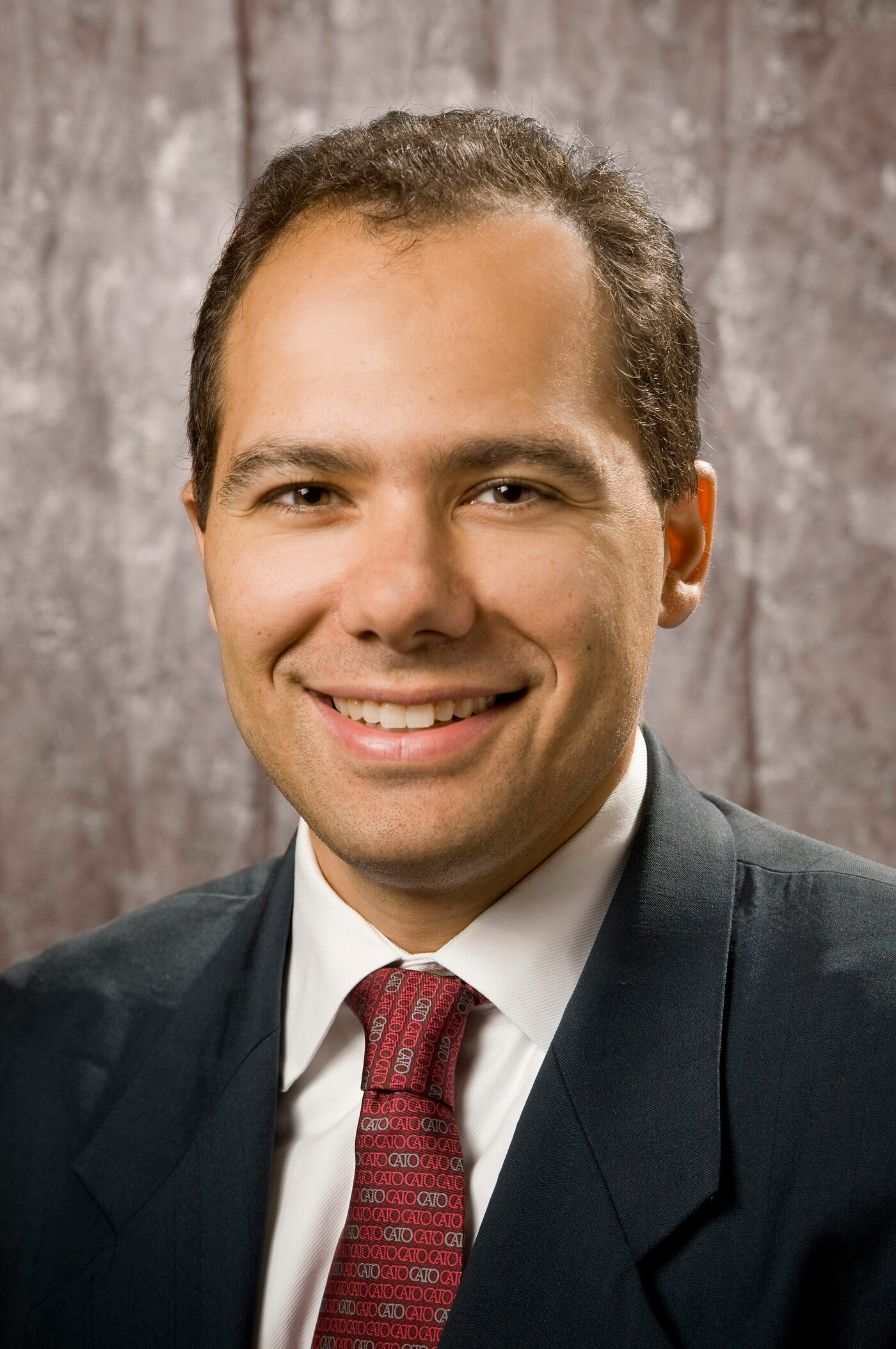 “Ilya Shapiro is a constitutional scholar of the first rank. Over the course of his long and distinguished career, he has greatly enriched the national conversation about America’s founding ideals, and he’s been a steadfast friend of economic opportunity, individual liberty, and the rule of law,” said Manhattan Institute president Reihan Salam. “I’m honored and delighted to have Ilya as part of our team.”

“I’m delighted to join the Manhattan Institute, whose work I’ve long admired and many of whose scholars are already friends,” Ilya Shapiro added. “This institution does pathbreaking work, often making counterintuitive points that really add value to the policy debate. I can’t wait to add a constitutional dimension to all of that, holding government officials to the strictures of a founding document that protects liberty and promotes human flourishing by dividing and checking power.”

“I couldn’t be more excited about welcoming my friend Ilya Shapiro to the Manhattan Institute,” commented MI senior fellow and director of legal policy James R. Copland. “Ilya adds a deep constitutional expertise to our team of scholars. Moreover, Ilya long oversaw the nation’s foremost amicus program, and he will greatly enhance MI’s ability to do what my late, great colleague Peter Huber called ‘speaking to the courts’ — amplifying our impact across all policy areas.” 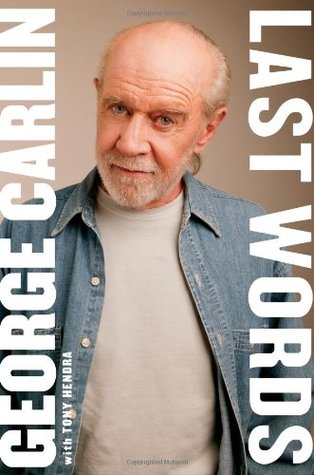 Watching the new Judd Apatow and Michael Bonfiglio two-part HBO Max documentary was a great time-traveling ride. From the hippy-dippy weatherman on the “Ed Sullivan Show” to hosting the first SNL episode to playing the genial conductor on “Shining Time Station,” the decades flashed before my eyes in “George Carlin’s American Dream.”

[T]here’s lots of attention in the documentary devoted to Carlin’s hit records, which remain cherished albums in my well-stocked vinyl collection. One notable track was from his stand-up routine — “Seven Words You Can Never Say on Television.” These “seven dirty words” (Google them), according to Carlin, could not be aired by broadcasters regardless of the context or time of day.

Carlin’s career spanned half a century during which he headlined 14 HBO comedy specials and appeared on The Tonight Show over 130 times, constantly evolving with the times and staying sharply resonant up until his death in 2008 and beyond. The documentary examines a cultural chameleon who is remembered as one of the most influential stand-up comics of all time.

The two-part documentary tracks Carlin’s rise to fame and opens an intimate window into Carlin’s personal life, including his childhood in New York City, his long struggle with drugs that took its toll on his health, his brushes with the law, his loving relationship with Brenda, his wife of 36 years, and his second marriage to Sally Wade. Intimate interviews with Carlin and Brenda’s daughter, Kelly Carlin, offer unique insight into her family’s story and her parents’ enduring love and partnership.

Carlin was one of the most famous comics to emerge from the ’60s counterculture. After it was broadcast on radio, his comic monologue Seven Dirty Words You Can’t Say on Television became the focus of an obscenity case that made it all the way to the Supreme Court. Carlin is the subject of a new two-part HBO documentary by Judd Apatow and Michael Bonfiglio. Carlin spoke with Terry Gross in 1990 and 2004. Our TV critic, David Bianculli also reviews the documentary. (Podcast link here.) 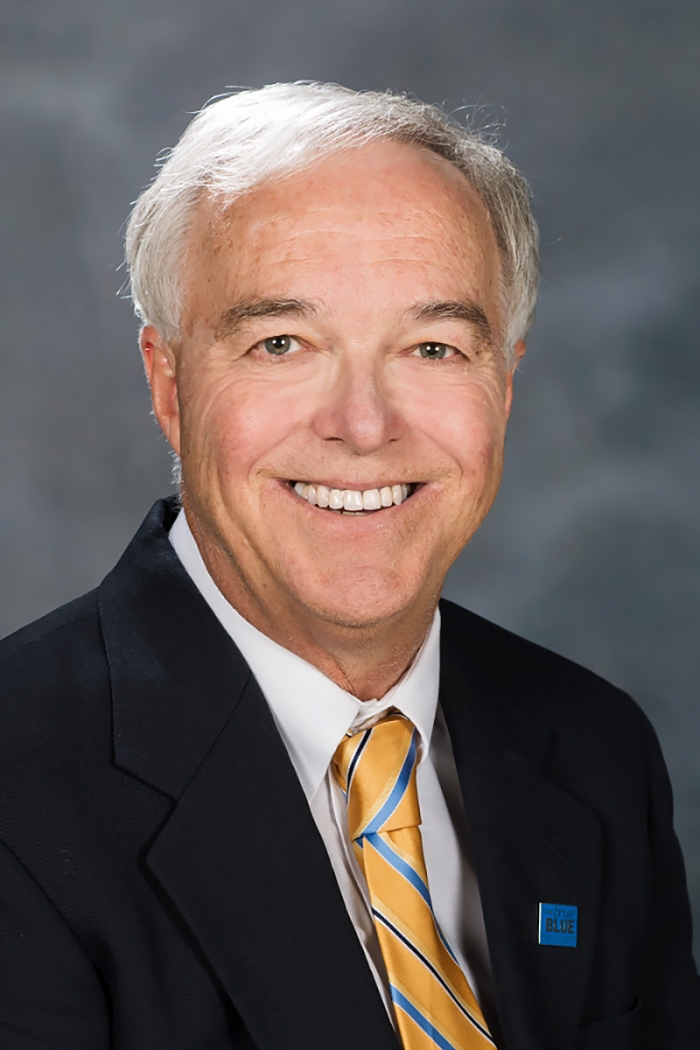 Professor Paulson defined what Freedom of Speech means in context of the Bill of Rights and Constitution. Later, Professor Paulson and Karen addressed obscenity as it relates to George Carlin and the Johnny Depp trial.