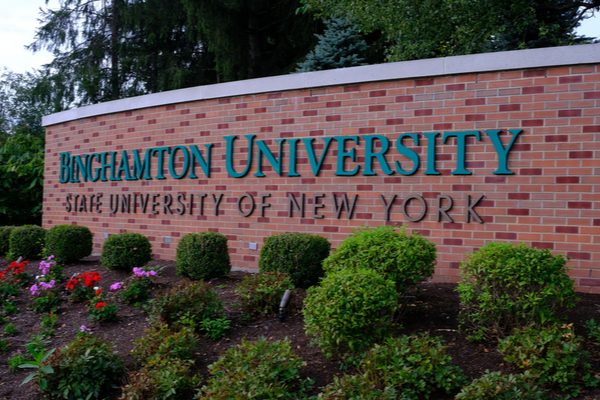 A public university in New York has revised its sexual misconduct policy based on an apparent misunderstanding of Title IX, the federal law prohibiting sex discrimination in federally funded educational programs.

On May 10, the State University of New York at Binghamton’s student newspaper, Pipe Dream, reported on revisions to the Code of Student Conduct for the 2021-22 academic year. Jazell Johnson, SUNY Binghamton’s Director of Student Conduct, spoke to Pipe Dream about the changes, which include a revision to the appeals process in cases involving allegations of sexual misconduct:

Previously, when a student appealed the outcome of their misconduct case, Johnson said the review board could not increase the sanction imposed upon the student. With the new guidelines outlined in this revision, the review board may affirm and increase the sanction to better fit the student’s offense. Johnson added that this change was made to create a more comprehensive appeal process and better outcomes for sexual assault cases in the future.

“The revision in the appeal section is to ensure we remain in compliance and align with current regulations governing cases of sexual misconduct,” Johnson wrote. “Additionally, this is beneficial to include in the Code of Student Conduct as an option available if it is deemed appropriate for cases as they are reviewed on an individual basis.”

As Brooklyn College professor KC Johnson observed, the director of student conduct’s comments imply that Title IX regulations require universities to allow an appeals board to increase sanctions on a student who appeals a finding that they committed sexual misconduct. But that is false.

The current regulations require schools to allow both parties to appeal on certain bases, namely procedural irregularities, newly discovered evidence, and/or bias on the part of Title IX personnel. Schools also may allow appeals on additional grounds—such as challenging the sanction imposed—so long as the opportunity is equally available to both parties.

SUNY Binghamton’s current Code of Student Conduct allows a student found responsible for sexual misconduct to “appeal the sanction imposed.” Therefore, to comply with the mandate that each basis for appeal be available to both parties, the university must also allow the student complainant to appeal the sanction (and seek to increase it). However, nothing in the Title IX regulations requires schools to empower an appeals board or officer to increase the severity of the punishment in an accused student’s appeal.

FIRE reached out to SUNY Binghamton’s Office of Student Conduct for a copy of the revised policy and clarification regarding the claim that the revisions were necessary to “align with current regulations.” The office did not respond other than to say the new Code of Student Conduct will go into production in June 2021 and be posted online in August.

FIRE then submitted a request for the revised policy under New York’s Freedom of Information Law, which requires government entities to provide the public with access to their records. (As a public university, SUNY Binghamton is a government entity subject to the law.) The university denied the request because the policy documents are not in “final form,” adding that it “expect[s] to have them published and available on the binghamton.edu website after the semester is over.” The university presumably was invoking the law’s exemption for internal records that are not “final agency policy or determinations.”

It is strange that BU is so committed to hiding the actual language of the revised policy.

That exemption likely does not apply.

New York courts have stated that the exemption is for “communications exchanged for discussion purposes not constituting final policy decisions.” The idea is that shielding policy deliberations from public view encourages those advising policymakers to express their thoughts and opinions freely, leading to better decisions.

The director of student conduct’s comments to Pipe Dream, however, indicate that the revised policy is a fait accompli. In other words, deliberations are over, a final policy decision has been made, and all that remains is for the policy to be published in the new code and posted online.

It is strange that SUNY Binghamton is so committed to hiding the actual language of the revised policy. After all, it already discussed the policy publicly with the student newspaper. One would think the university would be happy to clear up any confusion caused by its description of the revision by disclosing the policy itself.

FIRE has criticized the requirement that schools provide a complainant the right to appeal, as it subjects the accused student to a situation akin to double jeopardy.

Assuming our understanding of the revision is accurate, besides not being required by current law, it is bad policy. FIRE has criticized the requirement that schools provide a complainant the right to appeal, as it subjects the accused student to a situation akin to double jeopardy. SUNY Binghamton’s revised policy would go even further, threatening accused students with a more severe punishment even in their own appeals. As KC Johnson noted, the “obvious effect of this change will be to deter any student who wasn’t outright expelled from appealing.” This raises due process concerns. Appeals are a crucial mechanism for correcting errors and to help ensure cases are decided in a fair and reliable manner.

SUNY Binghamton should reconsider its appeals policy in light of principles of fundamental fairness and what Title IX actually requires, and commit to full transparency in its policy decisions, which can have serious, life-altering consequences for its students.