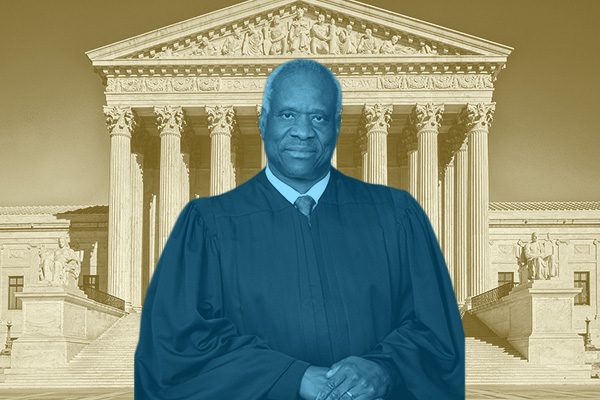 The case dates back to 2017, when Ashlyn Hoggard was enrolled at the Arkansas State University-Jonesboro and attempted to recruit students for a chapter of the conservative student group Turning Point USA near the student union building. Hoggard was soon confronted by college officials who demanded she leave the area, citing an unwritten policy that restricted unregistered student groups to a so-called “free speech zone,” a blatantly unconstitutional practice against which FIRE has fought for years.

Hoggard filed a lawsuit against the university, alleging her First Amendment rights had been violated. When the United States Court of Appeals for the Eighth Circuit ruled the university’s actions were unconstitutional, yet still granted qualified immunity to campus officials, Hoggard appealed to the Supreme Court, arguing that campus officials should have known better.

We agreed. As we wrote in our amicus brief:

[C]ourts have consistently struck down restrictions on campus speech on First Amendment grounds. For example, numerous courts have invalidated so-called “free speech zones,” such as the one enforced at the time of the events at issue, as incompatible with students’ expressive rights. Courts have also routinely declared university speech policies unconstitutionally vague or overbroad. This “state of the law” gives public-university officials “fair warning” that their policies restricting campus speech violate the First Amendment . . . In light of this well-established precedent, this Court should clarify that the doctrine of qualified immunity offers no refuge to public-university officials enforcing policies that violate students’ First Amendment rights, when substantially similar policies have been invalidated by courts. As this Court has observed, qualified immunity does not protect officials who are aware of but ignore well-established principles until applied to them.

In his statement accompanying the denial of cert, Justice Thomas, reiterated his belief that the Court’s “qualified immunity jurisprudence stands on shaky ground,” and raised the same questions that FIRE has about qualified immunity’s validity in the context of First Amendment violations on campus:

[T]he one-size-fits-all [qualified immunity] doctrine is also an odd fit for many cases because the same test applies to officers who exercise a wide range of responsibilities and functions . . . This petition illustrates that oddity . . . But why should university officers, who have time to make calculated choices about enacting or enforcing unconstitutional policies, receive the same protection as a police officer who makes a split-second decision to use force in a dangerous setting? We have never offered a satisfactory explanation to this question.

While it is disappointing that the Court will not hear Hoggard’s appeal, Justice Thomas’ commentary may provide a blueprint for addressing qualified immunity and the First Amendment on campus going forward.