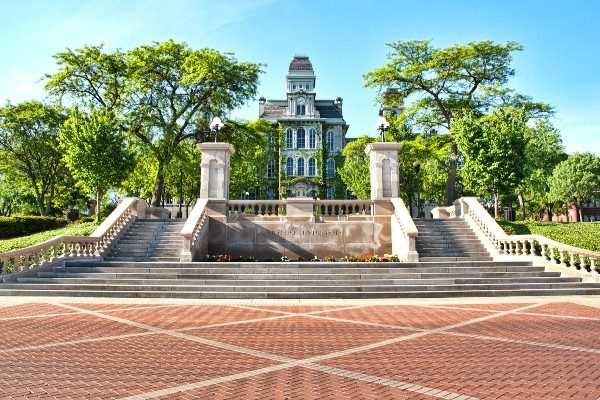 Last week, the U.S. District Court for the Northern District of New York denied Syracuse University’s motion to dismiss a breach of contract claim brought by a student expelled for alleged sexual misconduct. Of particular note, the court held that the university’s apparently “result-driven” disciplinary process may have violated the Title IX policy’s promise to apply a “preponderance of the evidence” standard.

The plaintiff, known in the pleadings as John Doe, had three sexual encounters with a fellow student referred to as RP. John and RP, both religious Christians and previously virgins, apparently felt conflicted and guilty about feeling they had compromised their Christian values. According to John’s complaint, RP “discussed her sexual encounters with a Syracuse professor” who “encouraged RP to rethink the consensual events of [the third sexual encounter] as non-consensual.” Following that conversation, RP reported a sexual assault to the university police. The police conducted a brief investigation, which they concluded without bringing any criminal complaint.

At the same time, Syracuse was allegedly under significant pressure to address campus sexual assault, both from the student body and from the Department of Education’s Office for Civil Rights. In particular,

OCR attorneys scheduled a visit to Syracuse on January 24, 2017, in response to a “complaint alleging that Syracuse was not acting promptly enough when it received notice of female students’ allegations of sexual assault.”

On the following day, January 25, 2017, “Syracuse initiated its Title IX Complaint against [John Doe]. The complaint was brought by Syracuse, not RP,” though RP did participate in the disciplinary proceedings. After an investigation and hearing, Syracuse expelled John.

John’s lawsuit alleges that Syracuse violated a number of its own policies in the handling of his case. In New York, the relationship between a student and a private university is contractual in nature, with the terms of the implied contract “contained in the university’s bulletins, circulars and regulations made available to the student.” To prevail on a breach of contract claim, a student must point to specific policy provisions that were violated; “‘[g]eneral policy statements’ and ‘broad and unspecified procedures and guidelines’ will not suffice.”

John alleged that Syracuse violated a number of specific policy provisions, including a provision stating that “students have the right to fundamental fairness before formal disciplinary sanctions are imposed” by the university, a requirement to conclude investigations within 60 days, and a promise to apply the “preponderance of the evidence” standard in the adjudication of Title IX claims.

The court held that John had adequately pled his breach of contract claim with respect to a number of policy provisions. Notably, the court found that serious alleged deficiencies in Syracuse’s adjudication process could sustain John’s claim that the university failed to apply the preponderance standard, even though the university claimed to have done so:

While the Board’s decision does, as the Syracuse Defendants note, state that the Board applied a preponderance of the evidence standard, and credibility determinations are for the Board, construing the allegations in the light most favorable to the Plaintiff, he has plausibly alleged that the disciplinary decision was a result-driven determination in which Syracuse failed to apply the applicable standard.

FIRE’s position has always been that when private universities promise things like freedom of speech and/or fundamental fairness, they should be held to those promises.

So by holding that biased, one-sided procedures may actually conflict with a university’s contractual promise to employ the preponderance of the evidence standard, the court’s ruling gives accused students another avenue to challenge sham disciplinary processes.

There was one very disappointing aspect to the ruling: The court held that Syracuse’s promise of “fundamental fairness” was the type of “non-actionable statement[ ] of general policy” that could not support a breach of contract claim. FIRE’s position has always been that when private universities promise things like freedom of speech and/or fundamental fairness, they should be held to those promises. Otherwise, universities can engage in a bait-and-switch where they advertise themselves as free institutions to attract talented students and faculty, and then deprive people of their fundamental rights as soon as they step foot on campus. Courts should hold private universities to these promises rather than enabling them to mislead people in this way.

Overall, however, this decision is a win for students’ rights, and a particularly significant decision for students at private universities. As John Doe’s lawyer Michael Thad Allen wrote in a blog post about the decision, “It should not be controversial to want campus disciplinary decisions to be based on what the evidence shows. That should be what we all want for victims and for the accused alike.”

FIRE will keep you posted on any new developments in this case.