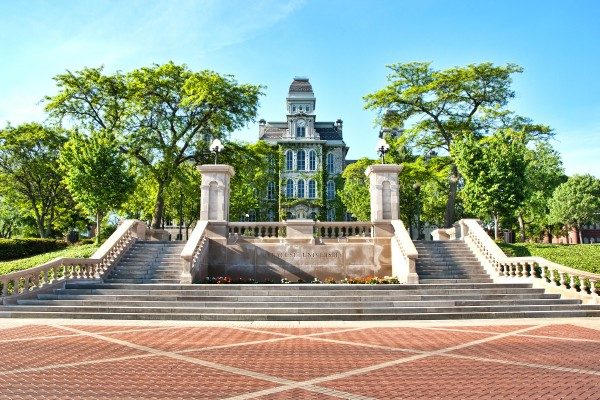 Syracuse University denied official recognition to a student group earlier this month, in part because it said the group’s conservative ideology and a requirement that prospective members believe in the superiority of the U.S. Constitution were “unreasonable and not inclusive.”

FIRE wrote a letter to SU today, asking the university to clarify that it will not discriminate against student organizations on the basis of their views.

On Feb. 12, Syracuse’s New Registered Student Organization Review Board denied the application of a chapter of Young Americans for Freedom, or YAF, for a variety of reasons, including objections to their conservative views. In a denial letter to YAF, the board detailed concerns over the group’s requirement that prospective members support the “Sharon statement,” an articulation of conservative principles that forms the basis of YAF’s ideological views. SU also cited YAF’s affiliation with its parent organization, the Young America’s Foundation (which shares the same initials), and that group’s “past practice of supporting discourse via printed materials and/or other means that are deemed inflammatory.”

Notably, the review board also listed other, non-viewpoint-related application deficiencies for YAF’s denial, including the group’s failure to secure a faculty advisor, inconsistent bylaws within the proposed constitution, and proposed club reimbursement guidelines contrary to Syracuse’s existing procedures. There is no doubt that the university can enforce viewpoint-neutral, bureaucratic requirements, and could have stood on those points alone in rejecting the group. However, each of the board’s denial criteria appears to function independently, so even if YAF cures the bureaucratic deficiencies, it would still be denied recognition on a blatantly viewpoint-discriminatory basis. Allowing the review board to assume the authority to decide which views are appropriate to organize around will have a chilling effect not only on this group, but on other students who might wish to create such organizations — even if all their paperwork were in order.

As FIRE’s Adam Goldstein wrote in our letter to SU:

Asking prospective members of a conservative advocacy group to express a commitment to conservative advocacy is no more exclusionary than asking prospective members of a chess club to be interested in chess or asking members of a French club to possess some curiosity about France.  The bar the Syracuse YAF organizers have set for membership is not high and does not exclude any protected class. Yet, the Board characterized this policy in its February 12 email as “unreasonable and not inclusive.”

The Board’s rationale presupposes that there are students who want to participate in the activity of converting others to adopt conservative views, but who are unwilling to express the very conservative views they hope others will adopt. If, hypothetically, such a student existed, it is significant that they would not be considered a protected class under Syracuse’s Anti-Harassment Policy.

The legal defect in this reasoning pales in comparison to the rhetorical defect. The concept of a student group must, by its nature, include some members of the student body and exclude others.

While private, SU maintains a number of policies promising students both freedom of expression and freedom of association. These promises are a requirement of its accreditation. SU cannot make bold commitments to free expression in its policies (and, amusingly, on the sides of its buildings), but then engage in unfettered viewpoint discrimination against disfavored student groups.

We’ve asked Syracuse to pledge that it will not deny YAF, or any student group, official recognition based on its viewpoint.

Last week, Syracuse made FIRE’s 2019 list of the Worst Schools for Free Speech, and could be on track to earn a spot on next year’s list too, if they don’t change course.