FIRE > Newsdesk > Teresa Buchanan Uncensored: How an Innovative Educator Created Top Teachers and Got Fired for It

It was 2002, and as one of the nation’s top early childhood education scholars at Louisiana State University (LSU), Buchanan had been tasked with starting a program for student teachers. One of its goals was to prepare LSU undergraduates to help fix Louisiana’s failing public school system.

It was a job Buchanan knew would take time away from the research she most loved. But as she explained to FIRE on a recent afternoon, she stepped up.

After all, she said, “I’m passionate about good teaching.”

That passion would produce one of the country’s most innovative early childhood education programs, which, after it got its first students in 2005, began consistently graduating top-notch teachers. The secret? Buchanan’s signature teaching style, informed by her no-nonsense management background.

“I wasn’t socialized into ‘education-speak,’” if you will,” Buchanan said of the verbiage common to professors with advanced degrees in education. “My degrees are in business management and child development. I don’t do the kind of rhetoric that people do in education.” It’s a rhetoric she said emphasizes sugar-coated critiques. It’s a rhetoric Buchanan said doesn’t work, because it fails to incentivize students to improve.

Because nothing could be more worthwhile to Teresa Buchanan than educating students, she simply does what works. 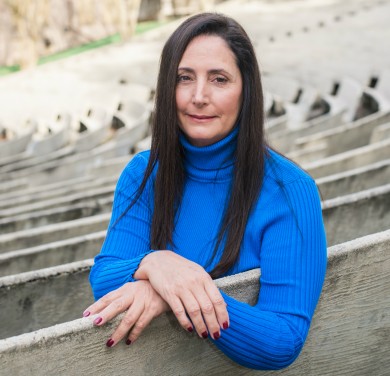 “If a student is coddled throughout teacher education programs and throughout their careers, and told that the activities they’re doing with the children are ‘so cute’ or, ‘so nice,’ that’s not going to help them develop as outstanding professional educators,” Buchanan said.

“In management coursework, you learn how to take an employee who’s not performing well and help them get the skills or the abilities that you want them to have to do their job,” she said. “So, when I look at teaching, to me, it is a job and there are skills and performances that are associated with it that need to be developed and practiced. It’s not just a natural outgrowth of loving children.”

So she made sure her students were held to a higher standard. That meant some tough-love techniques.

“I flat out tell them the truth. And I’m blunt. And if they’re not doing a good job teaching, I will look at them straight in the eyes and say, ‘You are not doing a good job.’ That is not what typically happens in education. I argue that’s why we have so many classrooms out there that could be better. Because nobody’s telling these teachers the truth.”

Telling the truth has always been important to Teresa Buchanan.

That’s why what’s happening to her now is so confusing. To her, almost unbelievable.

“I got fired for what they called ‘sexual harassment,’” Buchanan said of her 2015 termination, but there were no allegations she “harassed” anyone, sexually or otherwise. Rather, LSU took action because of some of the language Buchanan used in course instruction with her adult students.

“Everything that they accused me of had to do with things that I had said as part of my teaching methods,” said Buchanan, noting that no student ever accused her of sexually harassing them. Rather, her approach was designed to enable new teachers cope with teaching in the real world, and doing so at some times involved the use of harsh language. 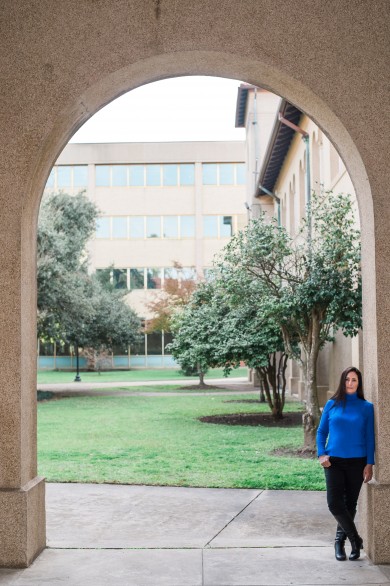 “It was occasional and appropriate to the context,” she said.

Buchanan argues the administration used an unconstitutionally broad definition of “sexual harassment,” promulgated by none other than the federal government, to oust her after disagreeing with her techniques.

As a result, Buchanan found herself ousted not just from the teacher education program, but her whole position at LSU—just shy of her 20th anniversary.

Teaching in the Real World

Now, with her recently filed lawsuit against LSU for wrongful termination and violations of her civil rights, Buchanan wants to set the record straight. She wants people to know why her program worked and why that’s important.

“This is not something I take lightly,” Buchanan said of teaching teachers. “That’s why our program has such high standards and that’s why it’s so difficult. We believe this is a very important job and we expect our students to become very good at it,” Buchanan said. “The ironic thing is our students did become very good at it. Maybe they didn’t like my approach or my techniques, but by the end of the program they were fantastic teachers. We turned out some very, very strong teachers,” she said, adding that many of her former students won teaching awards in only their first year on the job.

Teresa Buchanan may not be the saccharine, Southern belle type, but she cares. A lot.

Learning how to do that well means learning how to engage kids and parents from a variety of backgrounds—backgrounds many of the student teachers had little exposure to. It was a critical task that Buchanan said administrators simply didn’t understand.

Terry’s students were young women who, as she puts it, “went through the Catholic school system, who have very strong opinions about what’s right and wrong. So how do you take a group of people like that and prepare them to be professional educators of the children they may not approve of?”

“In early childhood, one of our standards is being able to establish reciprocal and respectful relationships with family members and community members,” she said. “Family relations are huge in early childhood education. What a parent or a family member experiences when a child first enters school is a strong predictor of how involved they are in the child’s education for the next 12 to 13 to 14 years.”

That’s why, she said, “sometimes you have to use unorthodox methods to do that.” But those methods work, she said. “I will go to the grave saying our graduates were outstanding professionals and could work with anybody.”

Heartbreak has a sound.

It’s what you’ll hear if you ask Buchanan about what she might have contributed to the field—both the Louisiana school system and early childhood education at large—had she not lost her job at LSU. And about what she misses. 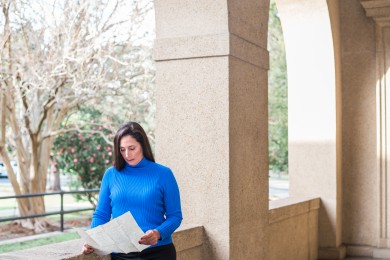 “I absolutely loved it,” Buchanan said of her job. “I used to tell everybody I was going to die behind my desk if I was lucky because I never want to leave. I never want to retire. I really, really enjoyed what I did.”

That she can’t do it anymore is a deeply personal loss.

“I miss my job more than I can even say. I loved what I did.” Now, she’s fighting tears. “I really, I’m trying not to think about it too much. I really miss my colleagues. I loved the people I worked with at LSU and I had been there a long time, so I had some really good relationships. I was there almost 20 years and I really miss those people I worked with and I miss the nature of the work.”

“Let me try to flip it to the positive before I get real sad.”

And so, she does.

“I know for a fact my work has had a very positive impact on education in Louisiana. We saw teachers we worked with over a period of several years; their teaching practice has gotten better and better and better,” she said. “We really had an influence on the way early childhood education was being done, and that was growing.”

She lets out a deep sigh.

Buchanan can’t help but be sad.

She also can’t help but think about what’s at stake.

“Everyone knows! Politicians cry out about improving schools and we have all these high stakes tests. The bureaucracy is always saying teachers need to do a better job. But the things they’re doing to try and facilitate that are so ineffective,” she said. “Things need to change. The way we approach teachers and teaching needs to change.”

That’s because what happened to her, Buchanan said, is part of a larger national trend.

“It’s not just me,” she said. “There are many examples across the country of really good, innovative, unorthodox teachers being punished for doing things that aren’t expected.”

So, despite the stress and the sadness, Teresa Buchanan said she holds out hope for the future. Because, as she puts it, “this is a fight worth fighting.” And “because FIRE is standing with me, I feel very confident and I’m very, very hopeful that this will result in good things.”

“I am so grateful not to be standing alone.”

In need of Frist Amendment resources for teachers? The Foundation for Individual Rights in Education has you covered.