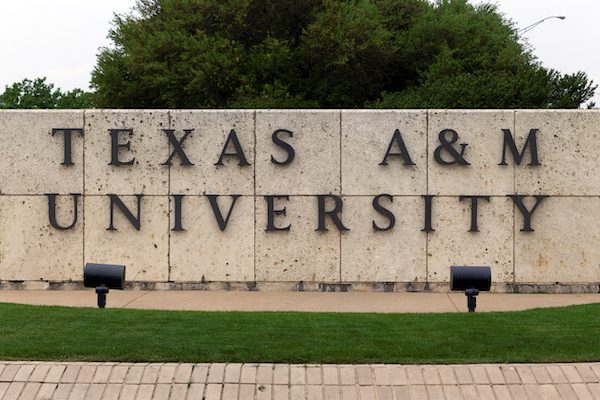 Texas A&M University wants a feel-good story about changes to its journalism program.

But the reality for journalists at TAMU’s 129-year-old, independent student paper — The Battalion — is nothing but bad news.

Texas A&M leadership orders The Battalion to stop printing weekly editions following abrupt ultimatum — join the university, or be stripped of resources, with only a day’s notice.https://t.co/Dd1266JOG4

After an initial outcry, Banks backtracked in a sunny statement Friday, touting the move as part of her personal vision for “a state-of-the-art journalism degree program” that includes bringing The Battalion under the journalism department’s purview.

Because we’re awfully curious about the motives behind TAMU’s stunning move, we’re filing public records requests to find out more.

As a gesture, Banks said The Battalion can keep printing through the spring. And yesterday, she offered to add two student representatives to a working group overseeing Battalion-related decisions.

Those decisions — or any pertaining to The Battalion’s operations — are not Banks’ to make, but fall solely to the discretion of the paper’s editorial staff. That directive comes at the behest of the U.S. Constitution’s First Amendment.

As FIRE’s Student Press Freedom Initiative explains in a letter to TAMU today, The Battalion’s status as an independent, registered student organization means the paper’s student journalists — not university administrators — have full control over their fate:

The university lacks the authority to make decisions about the future of The Battalion without consent of its editorial board.

While both the demand that The Battalion stop producing print editions and that it come under the journalism department are problematic, the most significant aspect of the demands to the newspaper—which has published in print for 129 years, with only a brief break during World War I— is the intrusion on the newspaper’s independence. While you have stated your intention is not to control the content of The Battalion, these demands represent a significant overreach and unconstitutionally restrain the independence of the newspaper.

We additionally note that “[t]he First Amendment sharply circumscribes the authority available to the university’s administration in how it may regulate an independent student publication,” and that “[t]reating a student media outlet differently from other student organizations—that is, imposing ‘differential treatment’ that ‘singles out the press’—violates the First Amendment.”

In addition to our letter, FIRE signed onto a statement of support for the newspaper by the College Media Association. And, because we’re awfully curious about the motives behind TAMU’s stunning move, we’re filing public records requests to find out more.

How does university leadership discuss The Battalion in emails? Do they object to the paper’s content? Did donors unduly influence the university’s attempt to take over the paper? Anything TAMU has in writing, we’ll be asking for and reviewing.

Perhaps Banks truly believes wresting editorial control of a student paper from the students is in the best interest of TAMU journalism.

“Any imposition on the independence of a student paper raises serious red flags for the freedom of press,” Lindsie said. “That’s true even if administrators claim their motives are well-meaning.”

“I have heard from many of our faculty colleagues in the past four days and the emotions range from outrage to fear,” said speaker of the Faculty Senate, communications professor Dale Rice, at the meeting.

“It’s also easy to see why many faculty fear the[ir] academic freedom and their own free speech rights could be next on the hit list,” Rice reportedly said.

Of course, if people don’t put them into practice, good policies are just words on paper.

Banks, it seems, doesn’t think too highly of those either.

After struggling to contact her on Thursday, Battalion journalists finally heard back on Friday. Banks underscored the fact that she is “not a professor of journalism” and wondered aloud why university leadership felt strongly that students need a print journalism education.

“I don’t understand,” she reportedly said, “exactly why [print media] is important to the field.”

“I think it’s a new era for The Battalion,” Banks concluded. “It won’t be in print.”

But as President Banks will soon learn, real journalism requires not wonderment or visions, but facts. And once those come to light in this case, we think The Battalion will indeed enter a new era — whichever one they create for themselves.