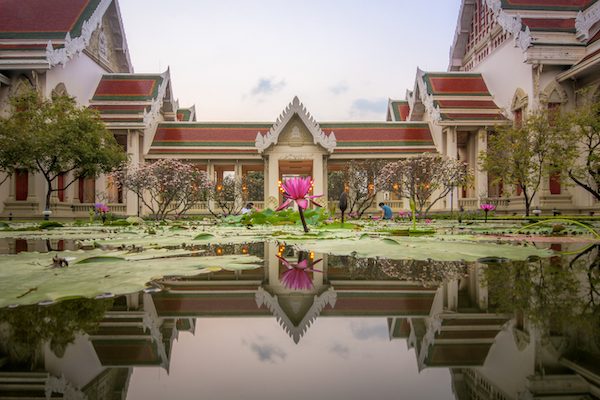 Students’ right to free speech is under attack around the world, from administrative-led censorship to state-sponsored suppression, and it seems like the news on this front is mostly bad. But there are also bright spots of resistance to these attacks. One of them comes from the student government at Thailand’s Chulalongkorn University, which is calling for the United Nations to recognize today, Oct. 6, as International Day for the Protection of Students’ Freedom of Expression.

As the Chulalongkorn student government explains in its petition, Oct. 6, 2021, is the 45th anniversary of a violent crackdown on students at Thailand’s Thammasat University — and student rights are still in peril today:

Meanwhile, the state of the protection of students’ freedom of expression has not improved, however. The October 6th incident remains a glaring example of a brutal crackdown on students taking place inside an educational institution.

Violent repression of student movements continues to take place in many countries around the world, and at times, it is the state that is the perpetrator of such actions.

In Thailand, student-led protests that began in 2020 have been facing severe crackdowns and police brutality until the present. The Thai government has never stopped dropping criminal charges against hundreds of Thai activists. Many of them are students under 18 years old who just exercise their freedom of expression. Additionally, Thai universities also discourage freedom of expression on campus. For example, in 2021, Thammasat University, where the 6 October 1976 massacre took place, forbid the massacre commemoration inside its area.

Similarly, in many cases, universities ignore or motivate violations of students’ freedom of expression through the use of physical force, intimidation, and disciplinary action. In Hong Kong, for example, we have recently seen student offices being searched and ransacked, leading to the closure of student unions. In Myanmar, many students were also arrested or charged with long prison sentences because of their peaceful demonstrations against the authoritarian regime.

The petition closes by arguing that “universities must actively promote the right to freedom of expression and create a safe space for dialogue and inquiry.”

FIRE agrees, and is heartened to see these students advocate for recognition of their own rights and the rights of other students around the world. For students looking to engage in advocacy in the United States, FIRE offers resources on student rights and translated materials for international students.